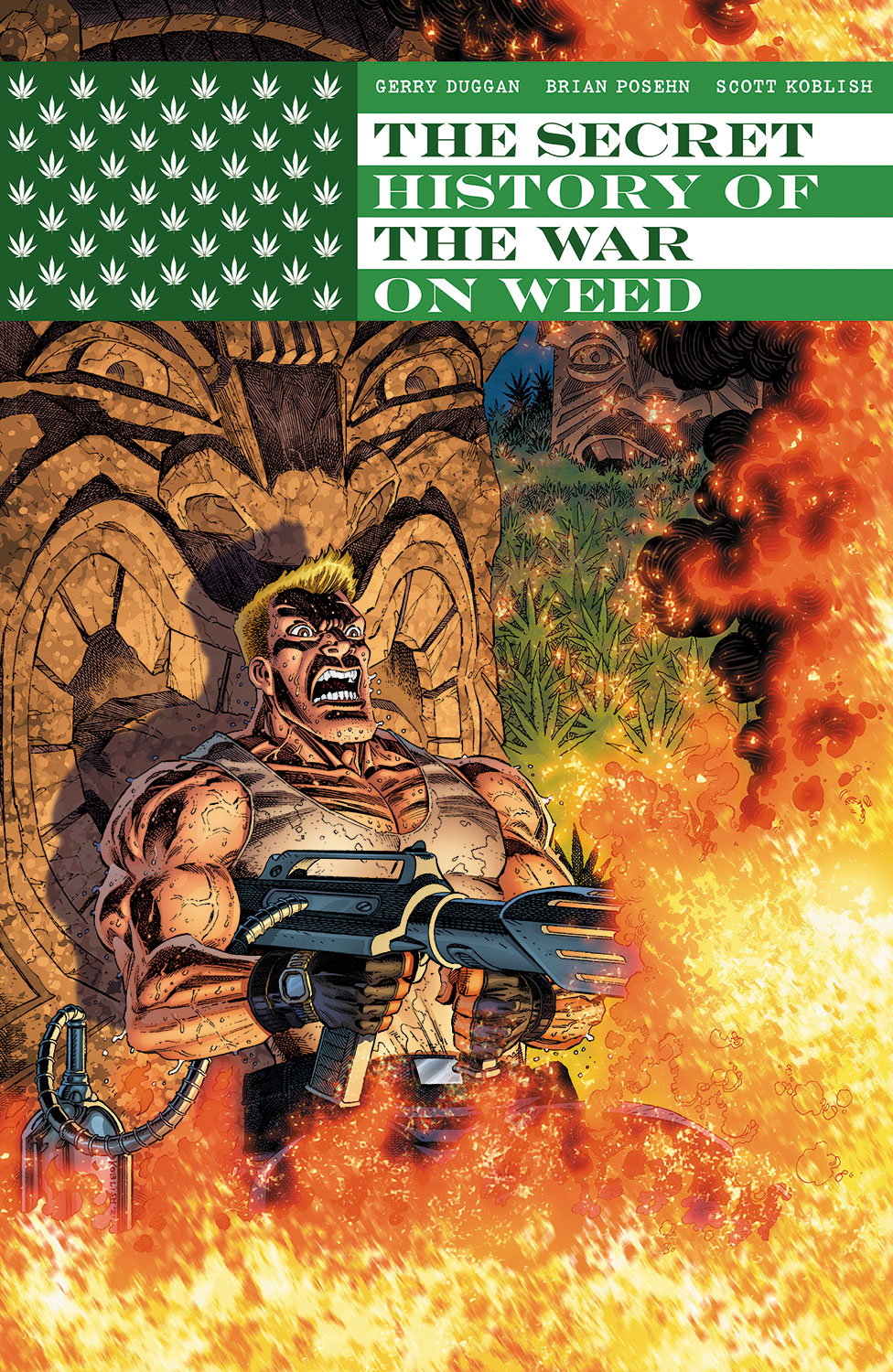 The Secret History of the War on Weed arrives in April

“I am always game to stir up some comic book silliness with Koblish and Duggan,” said Posehn in a press release from Image Comics. “With our 4/20 adventures of Scotch McTiernan, we might have outdone ourselves. Eighties references, ultra-violence, and high jokes per page rate is our wheelhouse. We leveled our wheelhouse this time. Check it out!”

The year is 1985. The First Lady decides to crush Northern California cannabis farmers and deploys the biggest tool in the armed forces: Scotch McTiernan (collectible first of many hilarious appearances). “If it weeds…we can kill it.” Scotch puts his boots on the ground in Humboldt and does what he does best—but what happens when he gets high for the first time? The Secret History of the War on Weed arrives on … you guessed it… April 20, 2022 (that’s 420 for you squares out there, which is a secret drug reference).