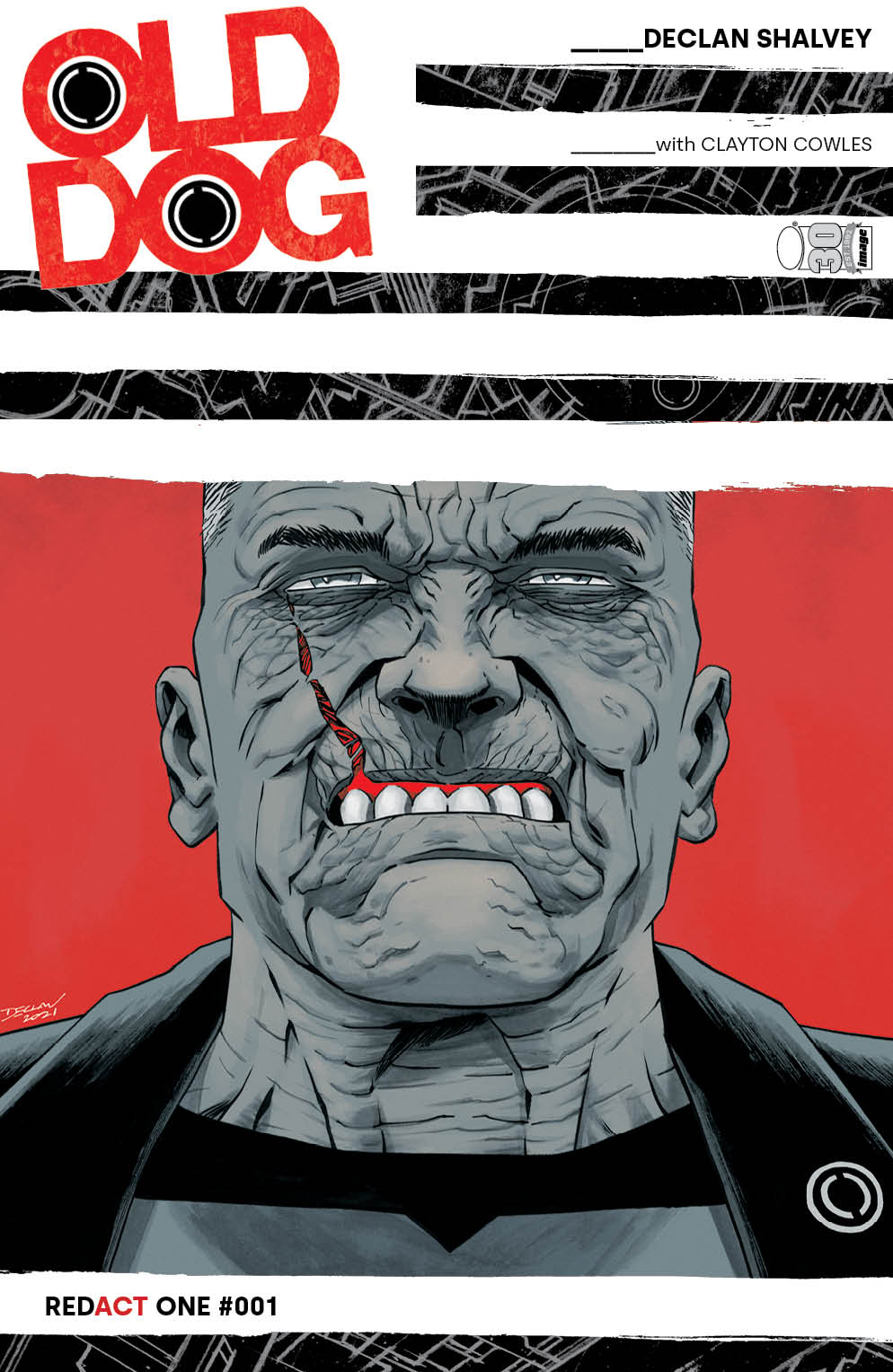 Old Dog follows Jack Lynch, a once-promising CIA operative. On the eve of retirement, looking back at a failed career he is tasked with one final mission …that goes horribly wrong. He wakes years later to a changed world with even deeper changes within him. When a shadowy group offers Lynch a second chance for a life of adventure, he finds himself paired with the last person he could ever imagine. In order to adjust, this old dog will have to learn some new tricks…

“I’m so unbelievably excited to let Old Dog off its leash. For a long time I’ve been itching to develop my own solo series from scratch; one that I write, draw, colour, design and it feels great to finally be doing so with Clayton Cowles as my right-hand man on letters,” said Shalvey in a press release from Image Comics. “This feels like the next creative step for me, one which is both terrifying and exhilarating. Anyone who was a fan of the kinetic, done-in-one storytelling I employed on Moon Knight will enjoy this series. It’s full of mysteries, conspiracies and every now and then, someone gets a serious beating, often the main character.”