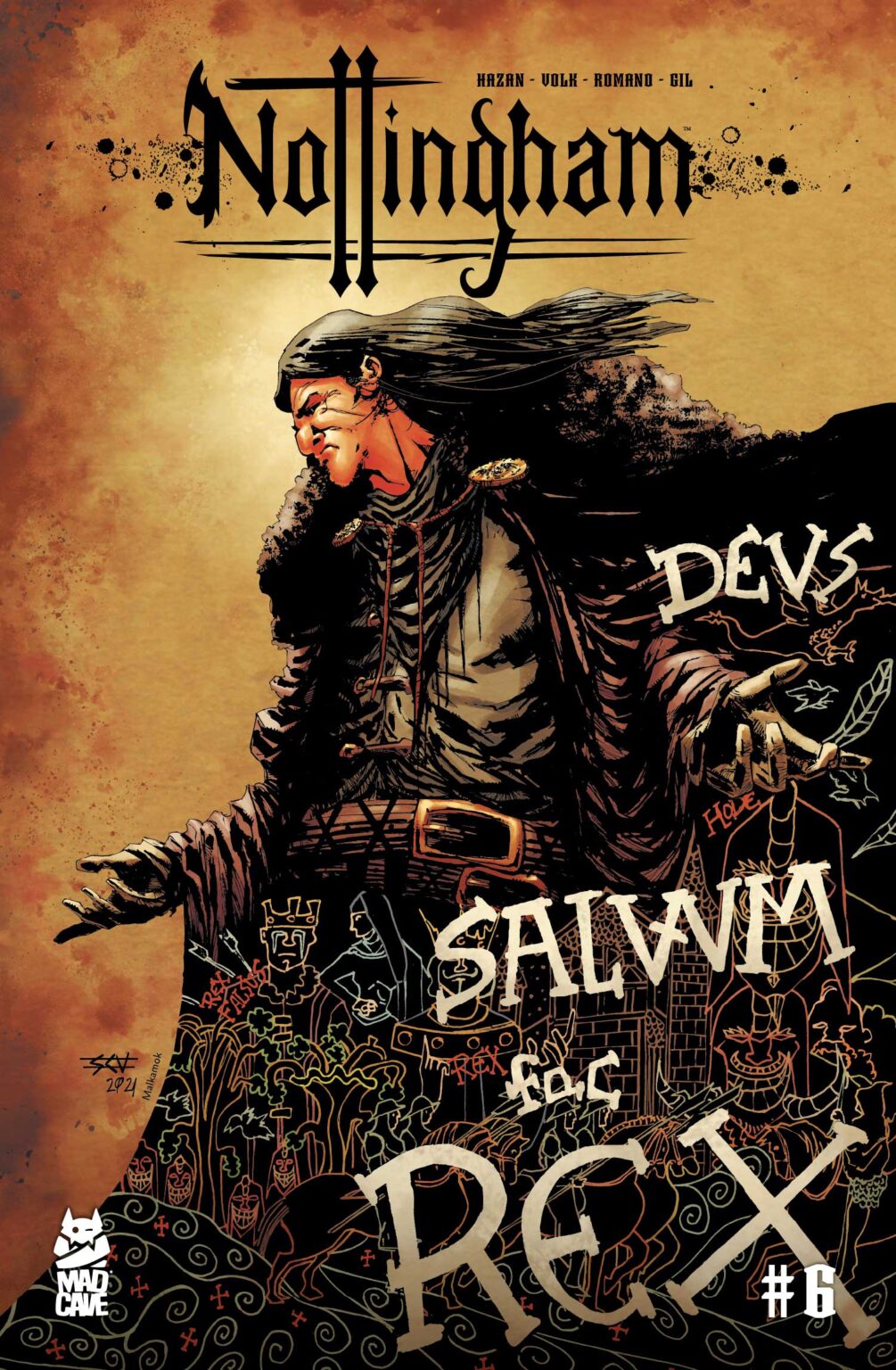 Mad Cave Studios has announced it is bringing back a new run of Nottingham from David Hazan, Shane Connery, and Luca Romano that arrives in stores in April 2022. Together, Sheriff Blackthorne and Robin Hood are on a mission to escort King Richard the Lionheart home.

When Richard the Lionheart is kidnapped and ransomed by Holy Roman Emperor Henry VI, Everard Blackthorne, the Sheriff of Nottingham, is strong-armed into delivering the ransom and bringing the King home, on penalty of death. The treacherous Prince John and his ally, King Phillip of France, will stop at nothing to ensure Richard remains in captivity, so the Sheriff finds the unlikeliest of allies in none other than Robin Hood and the Merry Men. With Robin and the Sheriff away, Marian hatches her own devious plan to take back Nottingham.

“The response to Nottingham Vol. 1 has been incredibly gratifying, so we wanted to give our readers more of what they loved, more characters from the legends, and just plain more,” said writer David Hazan in a press release from Mad Cave Studios. “So we delved into the history to craft a story on a more epic scale that doesn’t forget what noir is all about, the clash between the haves and the have-nots. This time it’s set against a sprawling adventure across Europe and in Nottingham, a classic, tragic crime story.”