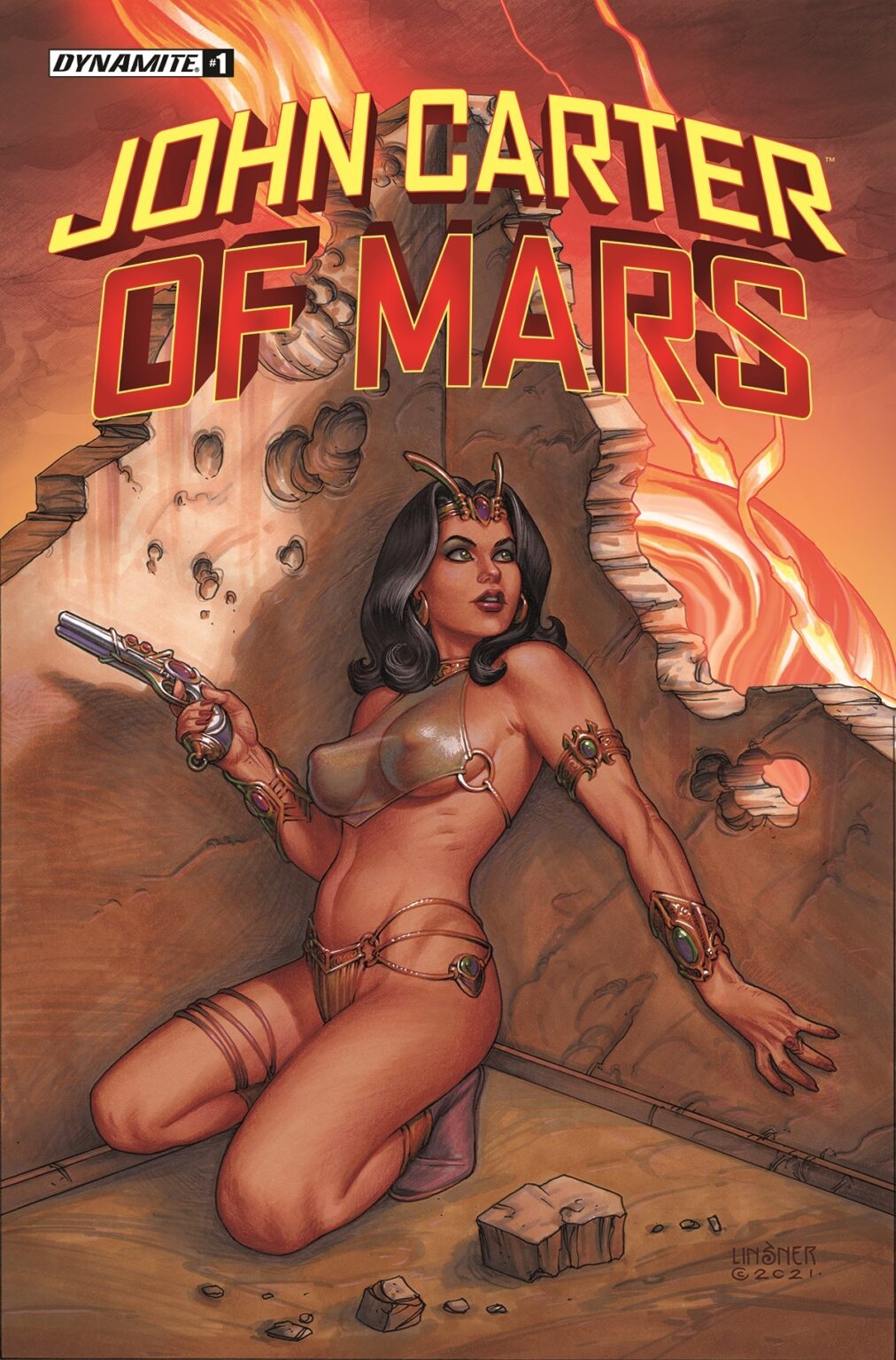 Dynamite Entertainment is bringing fans a new John Carter series in April, prepare yourself for the collision of Earth and Mars in John Carter of Mars.

The year is 1919. A mysterious asteroid composed purely of the substance “Ninth” hurtles toward Earth. Its power miraculously begins to meld and swap the peoples of Earth and Mars. The Warlord of Mars and former Civil War soldier John Carter suddenly finds himself ripped from everything he has come to know and love, pulled back to where he started. One day he’s back in Virginia, but battling Martian apes in his homeland! Then what could possibly be happening back on Barsoom? And as these two worlds deal with this chaos, could their struggles collide?

“I’ve always been a huge fan of sci-fi and adventure,” said writer Chuck Brown in a press release from Dynamite Entertainment. “Like many of us, as a kid I was obsessed with Mars and the other planets in our solar system. Barsoom has such amazing characters and backstories. So it’s a huge opportunity for George and I to play in this world.”

Joining Chuck Brown is artist George Kambadais, who will also do the coloring for the issue.