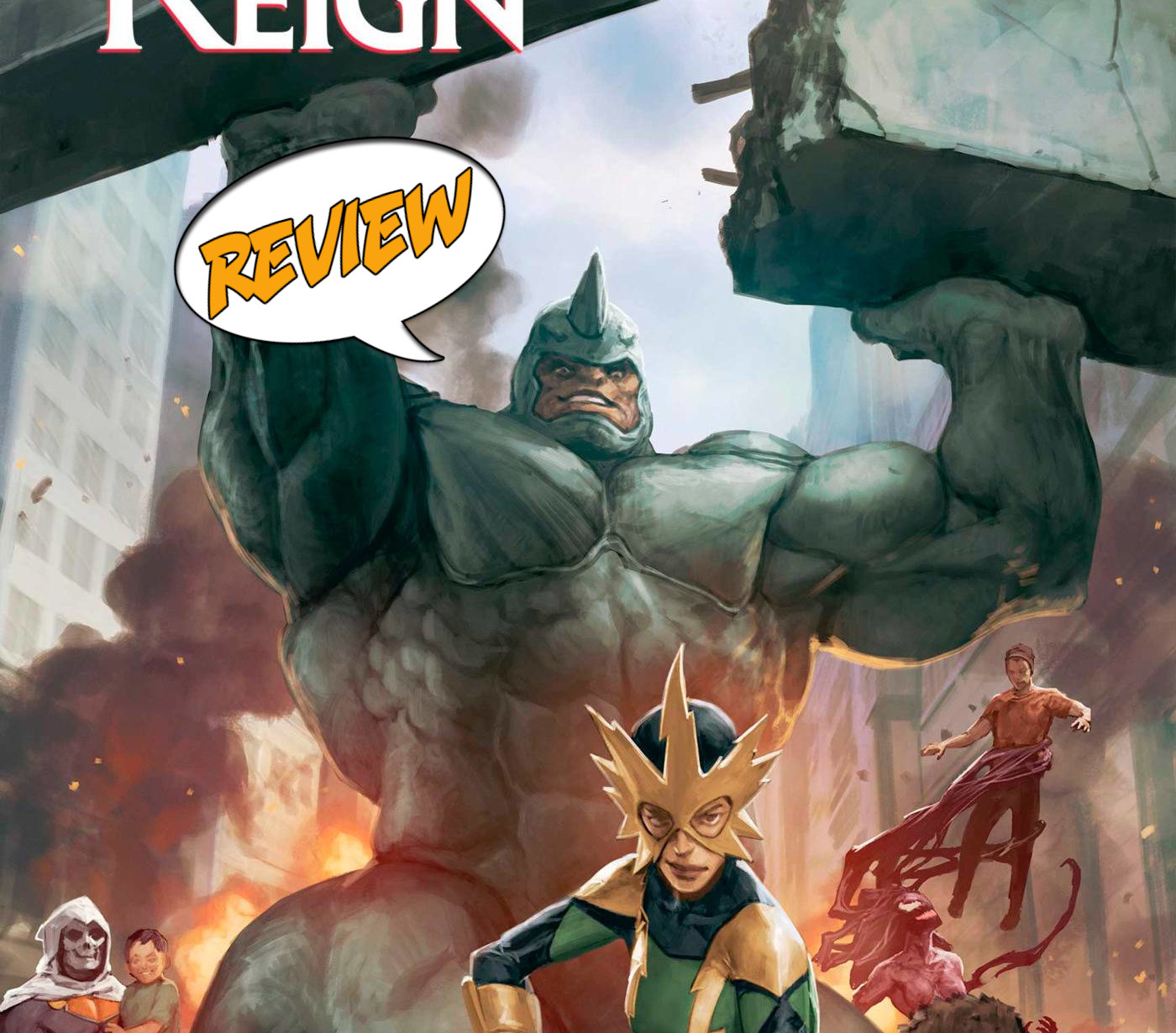 Wilson Fisk is now the mayor of New York City. He keeps the peace by hiring out the Thunderbolts! Check out Villains for Hire #1 by Marvel Comics!

Previously in Devil’s Reign: Wilson Fisk has applied legislation to make heroic acts illegal. He has sent the Thunderbolts out to make arrests to enforce his rule. Now Rhino, Electro, Taskmaster, Agony, and Whiplash work together to “keep the peace” in the name of Mayor Fisk.

Villains for Hire #1 starts with an attack on the Met Gala. The Humanity Liberation Movement has plotted an attack to make a point. The gala attendees could have fed hundreds of people for each of these outfits. Since heroism is illegal, it is up to the Thunderbolts to save the day. The Thunderbolts are ruthless in their attack, and they quickly and aggressively dispatch their enemies. Unfortunately, they are sent to the police station until Mayor Fisk can talk to them. But villains are not patient, and they begin to fight each other. It is only until Mayor Fisk arrives that they calm down. Fisk sends them on a mission.

Their job is to send a message to the Humanity Liberation Movement without any press or cameras. They track the group and commit a massacre. As they return to Fisk’s office, a person breaks through security to talk to the mayor. U.S. Agent reports for duty.

I am on the fence about Villains for Hire #1. On the one hand, this comic sets out to do precisely what it wants to do. On the other hand, I didn’t find it interesting. This comic is meant to show us some insight into Fisk’s control of the Thunderbolts, and it does so well. But every character only gets a superficial light to them. In fact, I think other Devil’s Reign comic books have shown more character development for these characters than this one. So, I am on the fence about what I feel about this book. And in the end, the answer is simply that this is not for me.

I want to say that the character design and art are very well done. I really enjoy the dynamic view of Agony and Rhino. They are such fantastic visual characters on the page, and I would like to see more of them in this event.

Villains for Hire #1 does an excellent job exploring Fisk as a character but doesn’t really shed light on the Thunderbolts. I just wanted a little more depth to these characters in my comic. However, this is still a 3.5 out of 5 stars and not a bad pick-up if you want an easy comic book read.