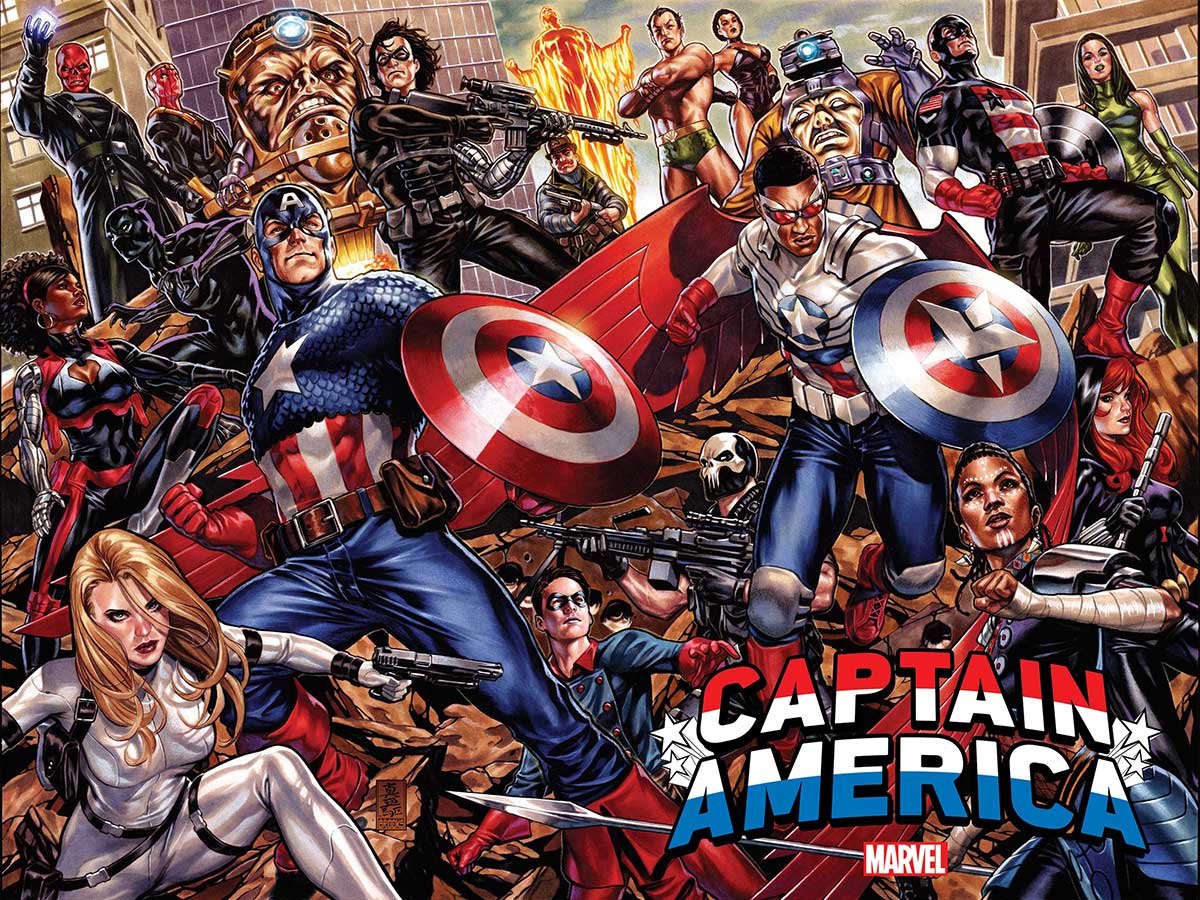 The first series, Captain America: Sentinel of Liberty, will be written by Jackson Lanzing and Collin Kelly with art by Carmen Carnero.

Ahead of the release of these new series, Marvel will release Captain America #0 which features Steve Rogers and Sam Wilson teaming up after an attack from Arnim Zola.

‘With our story, what we really wanted to start looking at was, how has America changed? What does it mean to be a patriot now?” Kelly added in the same press release. “Cap can’t turn his back on America, neither of the Caps can, because the idea is good. The core is good and worth fighting for, but both need to wrestle with what that means in the year of our Lord 2022.” On Sale May 2022
CAPTAIN AMERICA: SYMBOL OF TRUTH #1
Written by TOCHI ONYEBUCHI
Art and Cover by R.B. SILVA