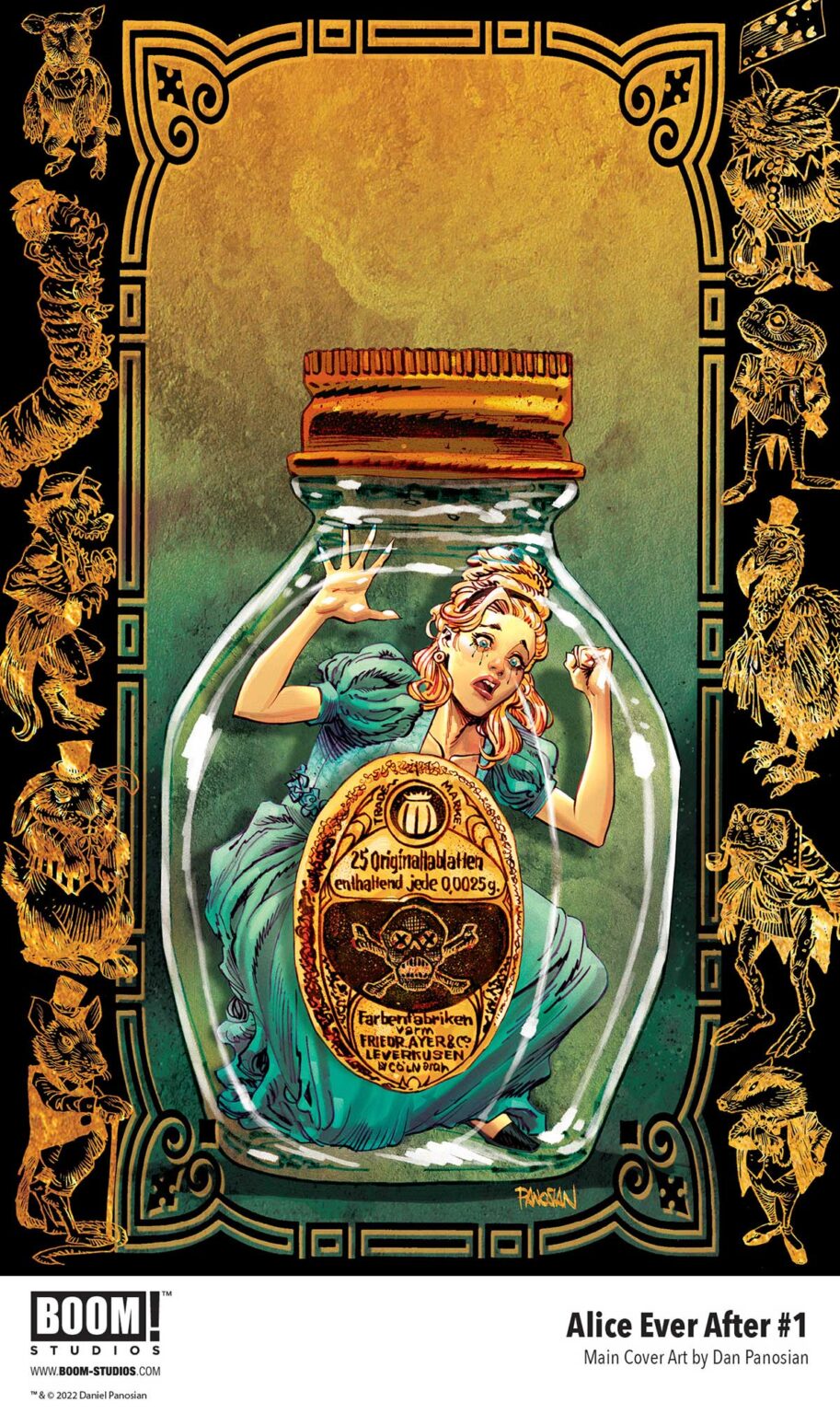 BOOM! Studios announces Alice Ever After

You know the story of Alice in Wonderland, but what happens after the story ends? Dan Panosian and Giorgio Spalletta explore the tale of an adult Alice struggling with the choice between facing her trauma in the real world, or escaping to Wonderland… for good in Alice Ever After from BOOM! Studios. Alice first visited Wonderland as a child. Now grown up, it’s become her only escape from a cold, harsh world that feels even less real—a distant family, a tormented lover, and a father with secrets he’ll do anything to protect. But in order to return to her fantasy, Alice will need something much stronger than mushrooms. . .

Cursed with a growing addiction, Alice is forced into the twisted underbelly of London and pulled ever further from reality. Is her obsession with Wonderland truly a respite, or a one-way ticket to the dreaded… ASYLUM?

Witness Wonderland brought to life as never before, set against a vibrant but menacing Victorian London, as figures from Alice’s past adventures re-emerge in surprising new ways!

Alice Ever After is scheduled to arrive in April 2022.