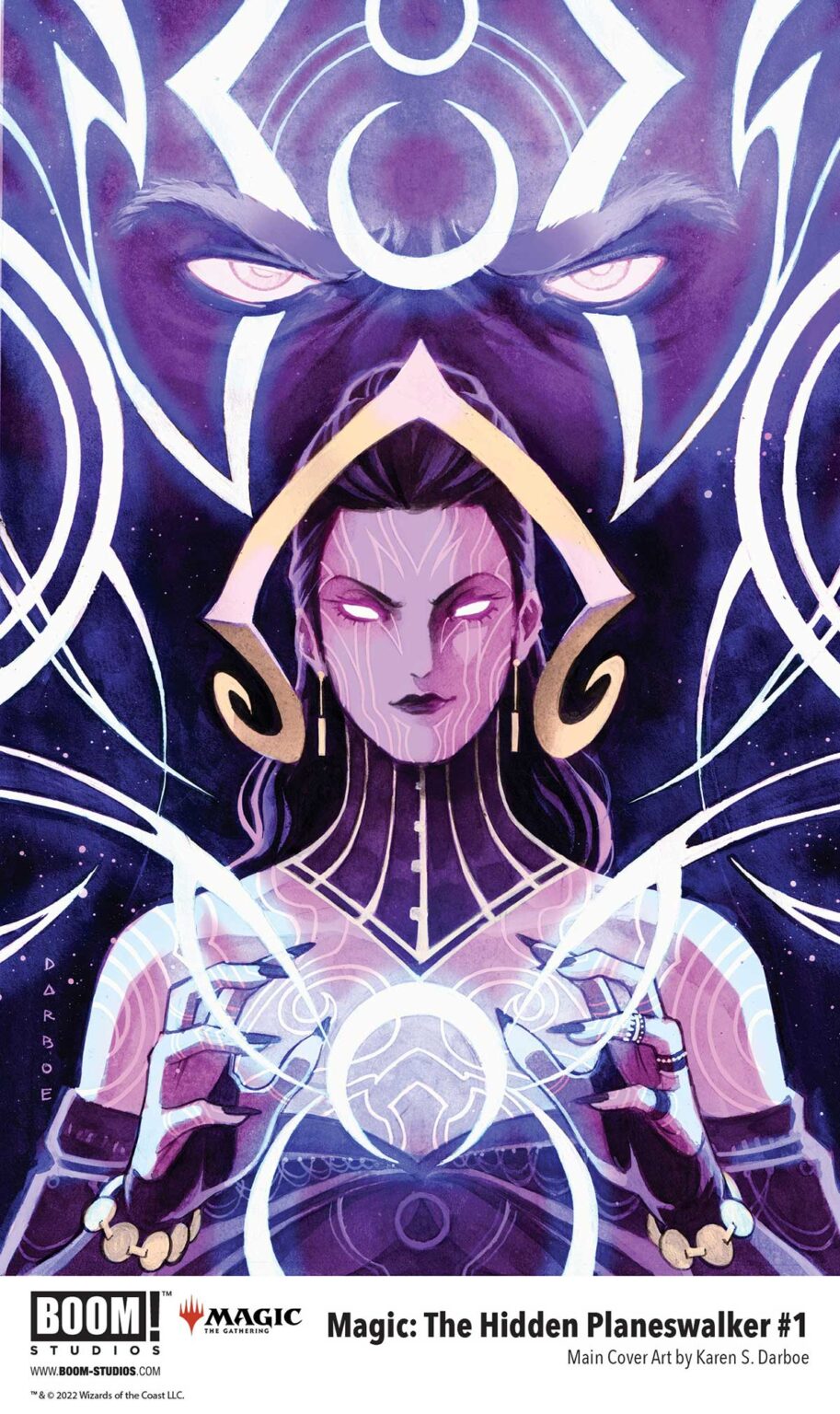 Who is The Hidden Planeswalker

BOOM! Studios is expanding its Magic comic book series with Magic: The Hidden Planeswalker, a four-issue mini-series from Mairghread Scott and Fabiana Mascolo.

While our heroes may have defeated one of the many dangers throughout the multiverse, the powerful Necromancer Liliana Vess is left to return to her new home as a professor at the greatest college of magic in the multiverse. But she doesn’t return alone. Sensing the presence of a distant planeswalker calling for help… one with the power to save or destroy entire planes, puts her on a collision course with the diabolical machinations of Tezzeret, the Master of Metal…