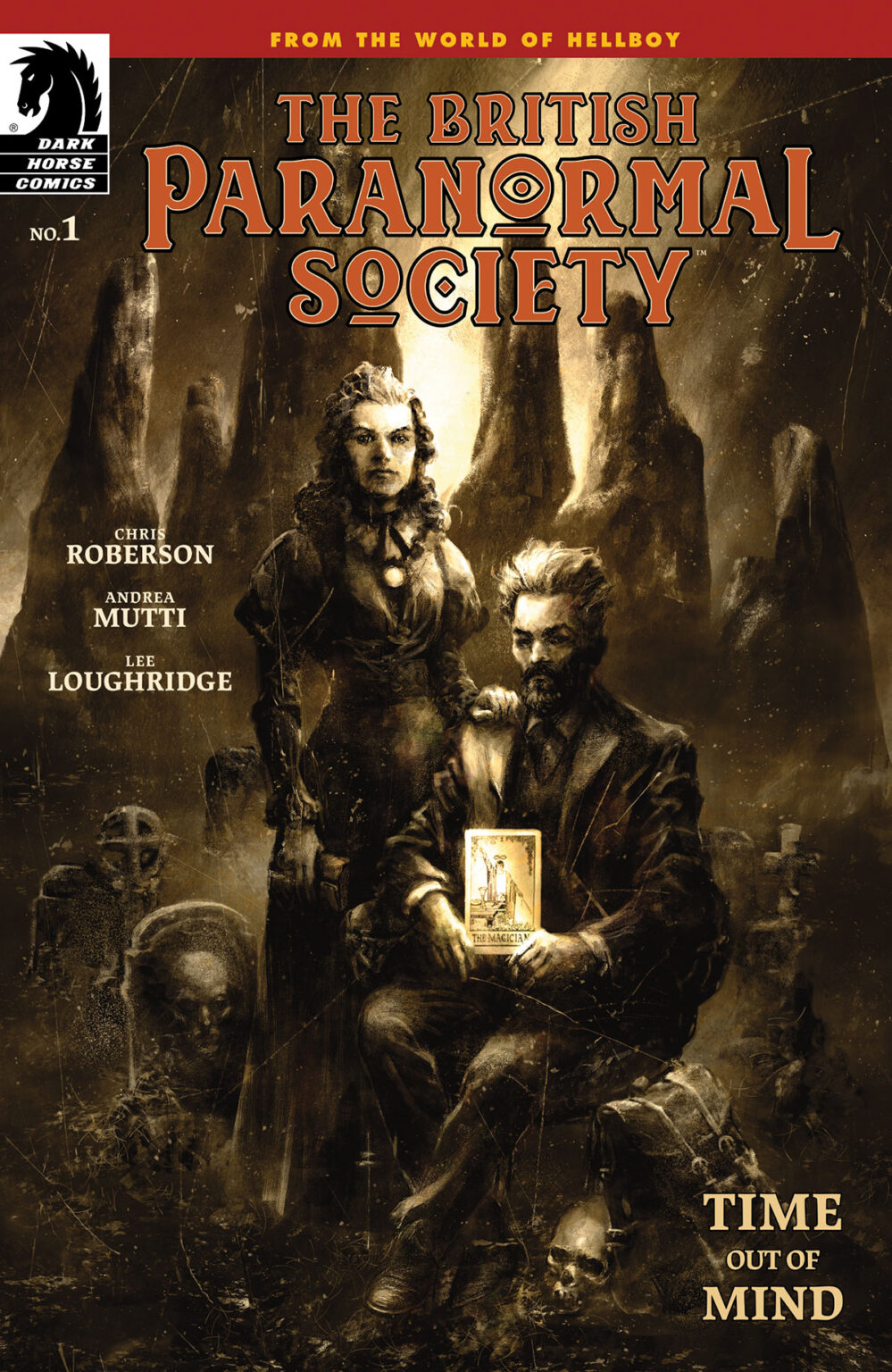 Spinning out of the pages from the Witchfinder graphic novels, Mike Mignola, Chris Roberson, and Andrea Mutti are teaming for THe British Paranormal Society: Time Out of Mind, a new four-issue mini-series from Dark Horse Comics. “I loved the dynamic between the British Paranormal Society’s Simon Bruttenholm and Honora Grant when they appeared in supporting roles in the pages of Witchfinder, and I really wanted to spend more time with the characters,” said series writer Chris Roberson in a press release from Dark Horse Comics. “When we first started talking about doing an Edwardian-era English folk horror story, it seemed the perfect opportunity to bring the pair of them onto center stage. Andrea Mutti was the first and only artist we had in mind to draw it.”

In the series, British Paranormal Society members Simon Bruttenholm and Honora Grant arrive at Noxton together, but with separate goals: Honora hopes to uncover information on the town’s strange traditions, while Simon is searching for his missing assistant. But their separate investigations lead down the same twisted path that hides a dark secret behind Noxton’s innocent façade! Mike Mignola and Chris Roberson expand the Hellboy universe with a spooky new tale featuring art by Andrea Mutti with colors by Lee Loughridge.

I have enjoyed the heck out of the Witchfinder series, and knowing this is all part of the greater Hellboy Universe, this is going to be a must by when the first issue arrives on April 27, 2022. Plus, Chris Roberson is a solid writer, and Andrea Mutti is a fantastic artist, too!