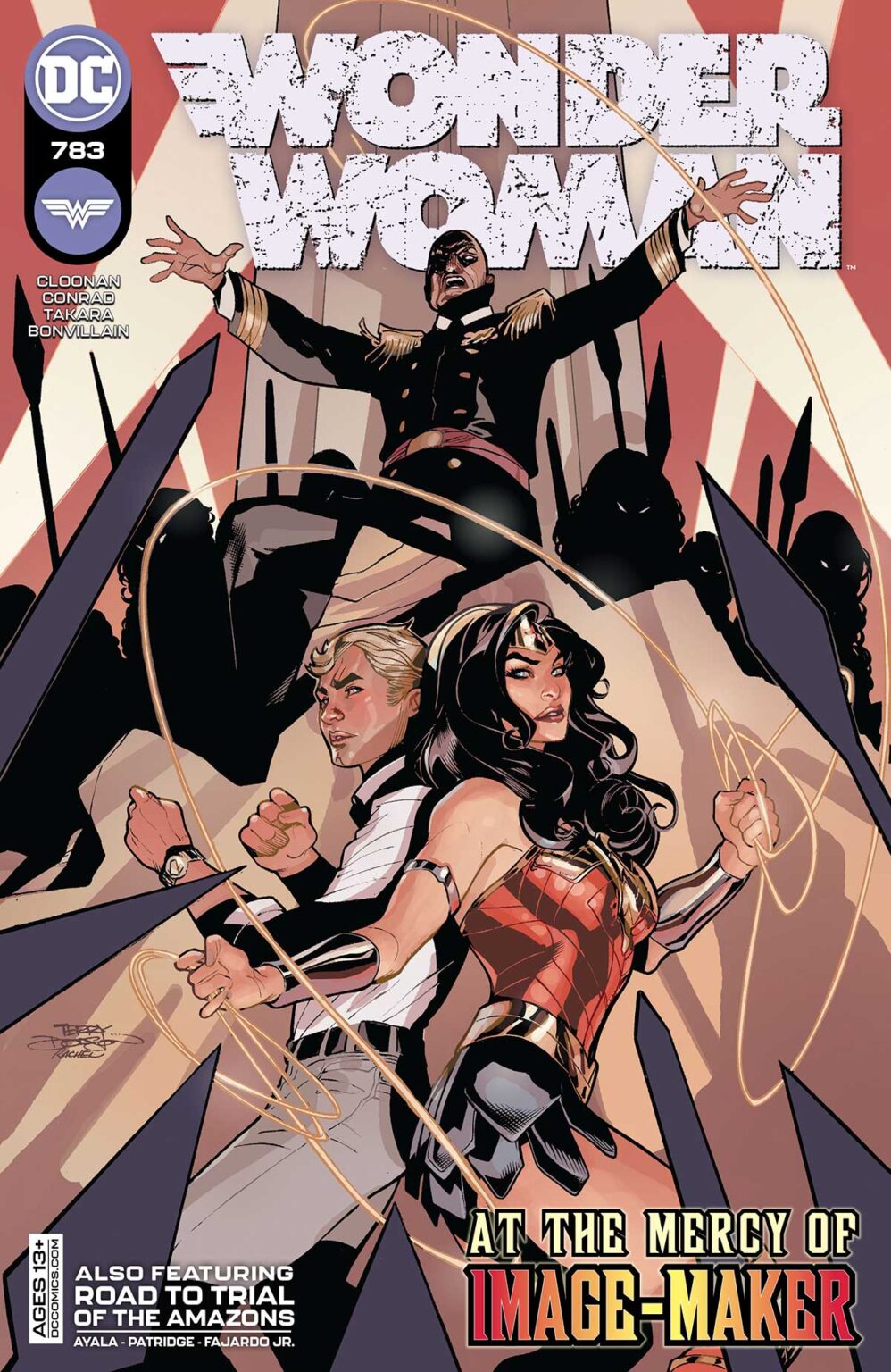 As Wonder Woman soars across continents to save Steve Trevor, the evil force behind it all emerges! The doubles of our hero were only the beginning for Image-Maker and he won’t stop until Diana pays for what Janus has done. There are many victims of the villainess’s deadly rampage through the Multiverse and their wishes for revenge are now directed toward our Amazon Princess! Will she survive paying for the sins of another selfish deity? Meanwhile, in the world of the Bana-Mighdall, their oracle has seen a startling vision of doom! What could this mean for their relationship with their sisters on Paradise Island? All will be revealed!