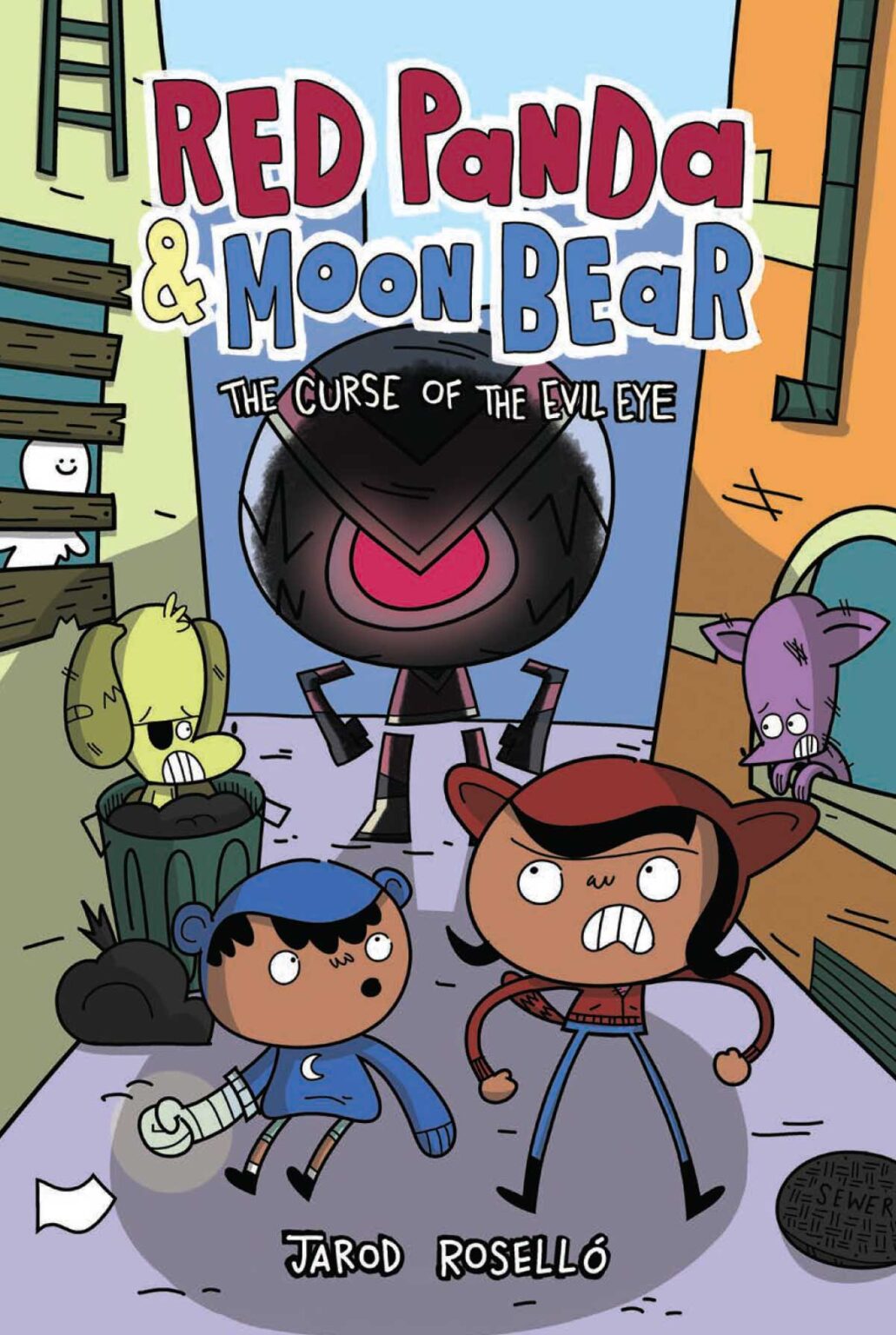 FIRST LOOK: Red Panda and Moon Bear: The Curse of the Evil Eye

Top Shelf Productions has released an early look at Red Panda and Moon Bear: The Curse of the Evil Eye from Jarod Rosello.

In their second amazing graphic novel, these Cuban American kids are getting even better at using their powers to protect the community… but has their luck just run out?

When an evil curse descends upon the city of Martí, it’s up to Red Panda and Moon Bear to put a stop to it…but it won’t be easy! First, they’ll have to solve weird mysteries, fend off new monsters, and uncover the secret history of their neighborhood. With their trusty dog companions and some magical new friends by their side, Red Panda and Moon Bear must find a way to defeat Mal de Ojo — The Evil Eye — and keep it from ruining the lives of everyone they love!