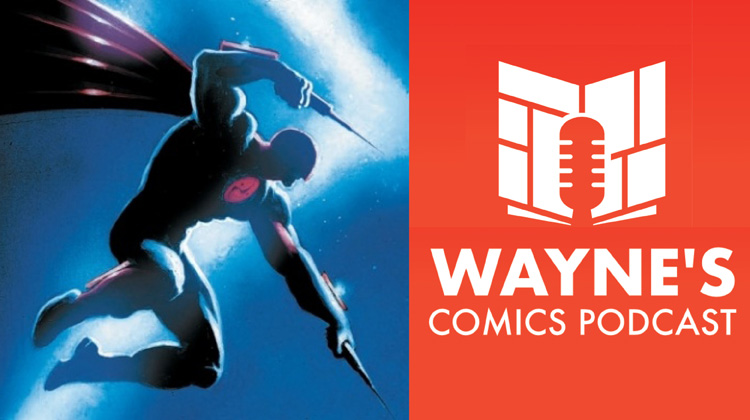 Episode #519 features the return of accomplished writer and creator Gregg Hurwitz from Knighted, which is being released by AWA Studios!

Hurwitz is a terrific novelist, and his newest book, Dark Horse, is coming soon! We touch on that, but then we go in depth into Knighted, which is described this way: “In this action-packed adventure set in the universe of The Resistance, Gregg Hurwitz (The Dark Knight, Vengeance of Moon Knight), Mark Texeira (Ghost Rider, Wolverine), and Brain Reber (X-Men: Legacy, Spider-Man/Deadpool) introduce a masked vigilante for the 21st Century. Bob Ryder is a hapless bureaucrat whose bad luck streak comes to a crescendo when he accidentally kills the city’s masked vigilante, The Knight. Oops. Now, Bob is forced to take on the mantle of the legendary hero before the city descends into chaos. Good thing he’s got The Knight’s former butler/assistant to show him the ropes.” The third issue just was released, and it’s a great adventure series, so I highly recommend you pick it up… after you listen to my fun interview with Gregg! Don’t miss it!