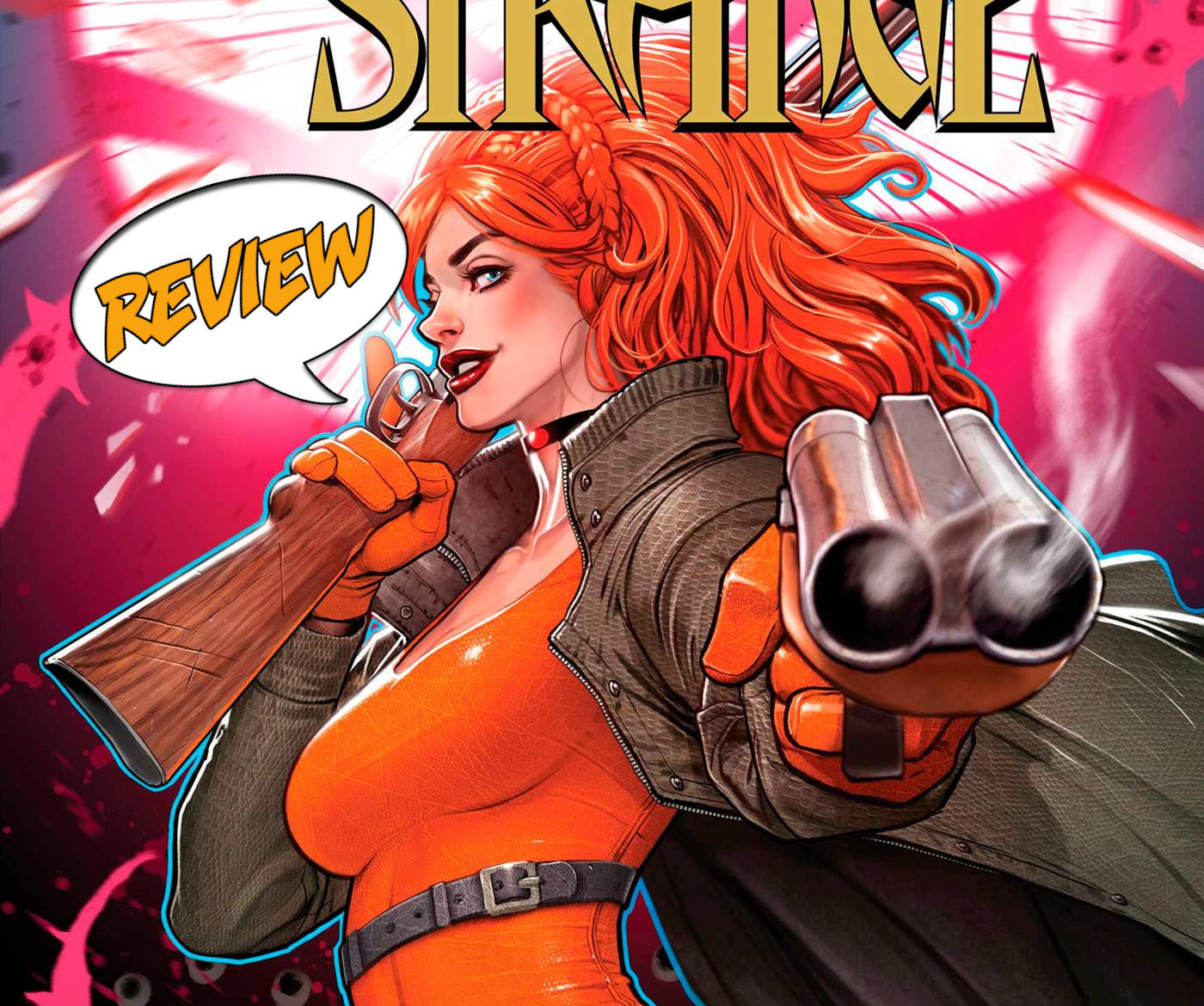 Previously in Bloodstone: Ulysses Bloodstone was the world’s skilled monster hunter because of the bloodgem that granted him powers. This game has been passed on to his children, Elsa and Cullen. Elsa herself became a great monster hunter as well. When Doctor Strange died, a magical barrier came down that protected the world from extradimensional threats. Leaving a lot of monsters for Elsa to hunt!

Bloodstone #1 begins with Elsa fending off a monster attacking a bus before heading back to her estate to visit her brother. When she arrives, Elsa talks to Cullen about the state of the house before they are interrupted by Lyra, who claims to be their sister. Apparently, Lyla has the nullgem and was sacrificed by their father. When Doctor Strange was killed, Lyra was freed from her prison. Lyra has a unique condition because the nullgem is implanted into her chest. This condition forces her to feed off magic which angers Cullen. Cullen turns into the parasite Glartrox, but Lyra can quickly subdue it. In fact, she helps Cullen control the transformation.

Later in the evening, the trio is attacked by Krakken, the Jailer, and the trio must work together to defeat him. While Elsa distracts the creature, Lyra prepares to absorb the beast’s magic. This daring plan barely succeeds. Back in the estate, Lyra casts a spell to lock the parasite that controls Cullen away, and the trio becomes family.

TO BE THE MONSTER

Throughout Bloodstone #1, there is a theme of who is the bad guy. Elsa is a monster hunter but realizes that monsters are usually just a product of bad decisions by sorcerers. Maybe she should then hunt sorcerers rather than monsters. And I found this idea perplexing. It basically said that monsters are just a tool for sorcerers to use in their evil ways. With the Death of Doctor Strange event going on, it seems that Doctor Strange is thus presented more like a villain than a hero. And I admit, that is an engaging theme and a good direction to take this character. I hope to see many more of these siblings in the future because I think they can hold my attention in a mini or ongoing series.

The book itself is well written. I like the personality of all three characters and how they clash. They say that strong people have prominent personalities and big personalities cause people to bump heads. Luckily, all three characters are engaging enough that their banter is interesting. Suppose the writers can shine a light on their differences but keep them together in the name of family. In that case, you have a strong foundation for future stories. On top of that, the art was well-drawn, and everything looked great on the page. Great work by the creative team.

BOTTOM LINE: SO MUCH POTENTIAL

Bloodstone #1 has me hyped for these characters, and I wish this title was more mainstream. This book has everything that I want from a story and is a solid 4 out of 5 from me. Looking forward to seeing these characters come back one day.

The Death of Doctor Strange: Bloodstone #1

Bloodstone #1 does a great job of introducing these siblings in a way that pushes you to learn more about them.