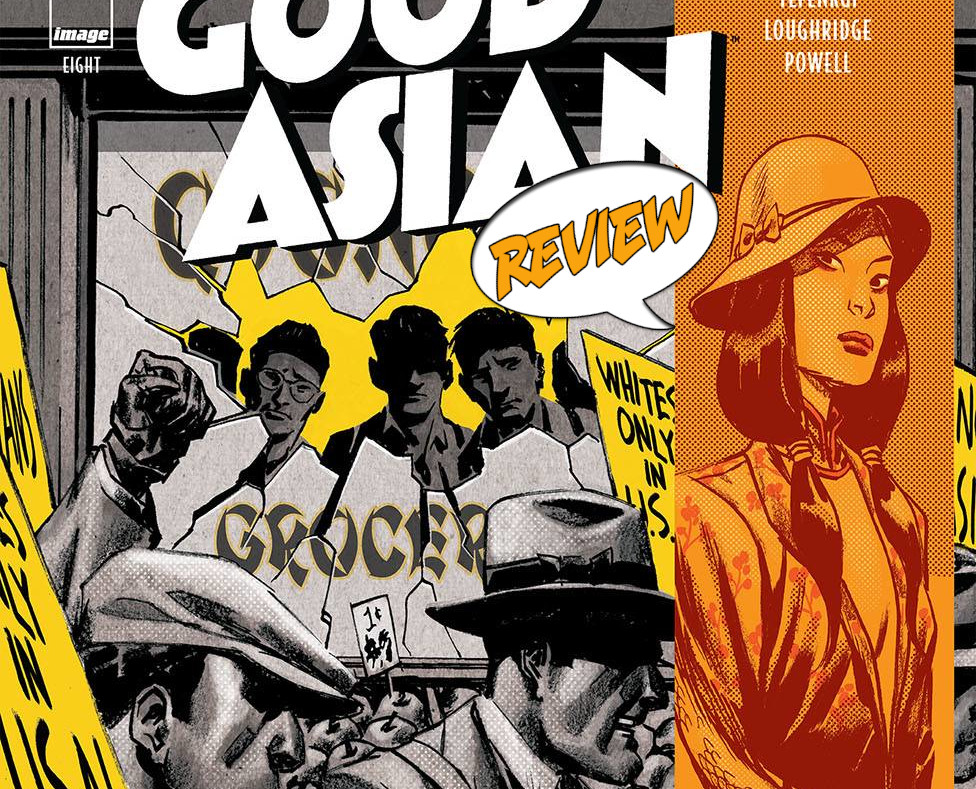 A large explosion has thrown Chinatown into chaos. Will anyone bring peace and find out where Ivy Chen is? Find out in The Good Asian #8 by Image Comics!

Previously in the Good Asian: Edison Hark has come to San Fransisco to investigate the missing Ivy Chen. As he begins his investigation, Edison finds a profound mystery that gets more complicated. After hunting down a man pretending to be Hui Long, Edison Hark finds himself fighting Silas Woodward. After the dangerous altercation, an explosion killed both Hark and Silas.

VIOLENCE ON THE STREET

The Good Asian #8 starts from the point of view of Lucy Fan. Lucy gives her perspective about what happened to Chinatown. Asians are under attack after the news reports that Edison Hark killed Frankie Carroway. Lucy realizes that something is off because the whole situation of Chinatown and the missing Ivy Chen happened before Edison ever arrived. She decides to investigate and discovers that Holly Chao may still be alive. She heads to Santa Cruz to try and pick up her trail and even finds her. Unfortunately, Holly pulls a gun on her and runs off before Lucy can figure out what is going on. Lucy, angry, decides to go to a person she hates to help with this mystery. She talks to a heavily injured Edison Park.

In the back of The Good Asian #8, there is some information about the publication history from the writer. This draft was created before the Stop Asian Hate movement. It is hard not to draw parallels to the real-world social movement and compare it to this series. I have to remind myself that the issue of violence to minorities isn’t new, even if the civil rights movement is getting more media attention. While this story is fictional, it is adjacent to actual history, and I applaud the author for creating this story before it became a social movement.

I really like Lucy Fan as a character. When she was first introduced, she didn’t stand out to me. But now, she is more proactive in trying to solve the mystery. The initial recap said that Edison Hark died in the explosion. Because of that, I wondered if Lucy would become the primary protagonist because the creative team made her engaging enough to be the main character by the end of the book. Don’t get me wrong, I’m glad Edison is back, but I hope Lucy gets to take a significant role.

As a last note, I really enjoyed the colors of this story as well. Great color palate from page to page that really sets the tone of the comic.

For a bit, I think I was losing interest in this title. However, The Good Asian #8 has recaptured my attention and makes me want to find out how this ends. On top of that, I’m Chinese, and I grew up in Los Angeles, and a lot of these issues also hit home for me. I’m of the mindset that everyone should give this comic a shot, and I’m ecstatic to see how the last two issues will go. 4.5 out of 5 for The Good Asian #8.

The Good Asian #8 has reinvigorated my interest in the book and makes me excited for what will happen in the last two issues.