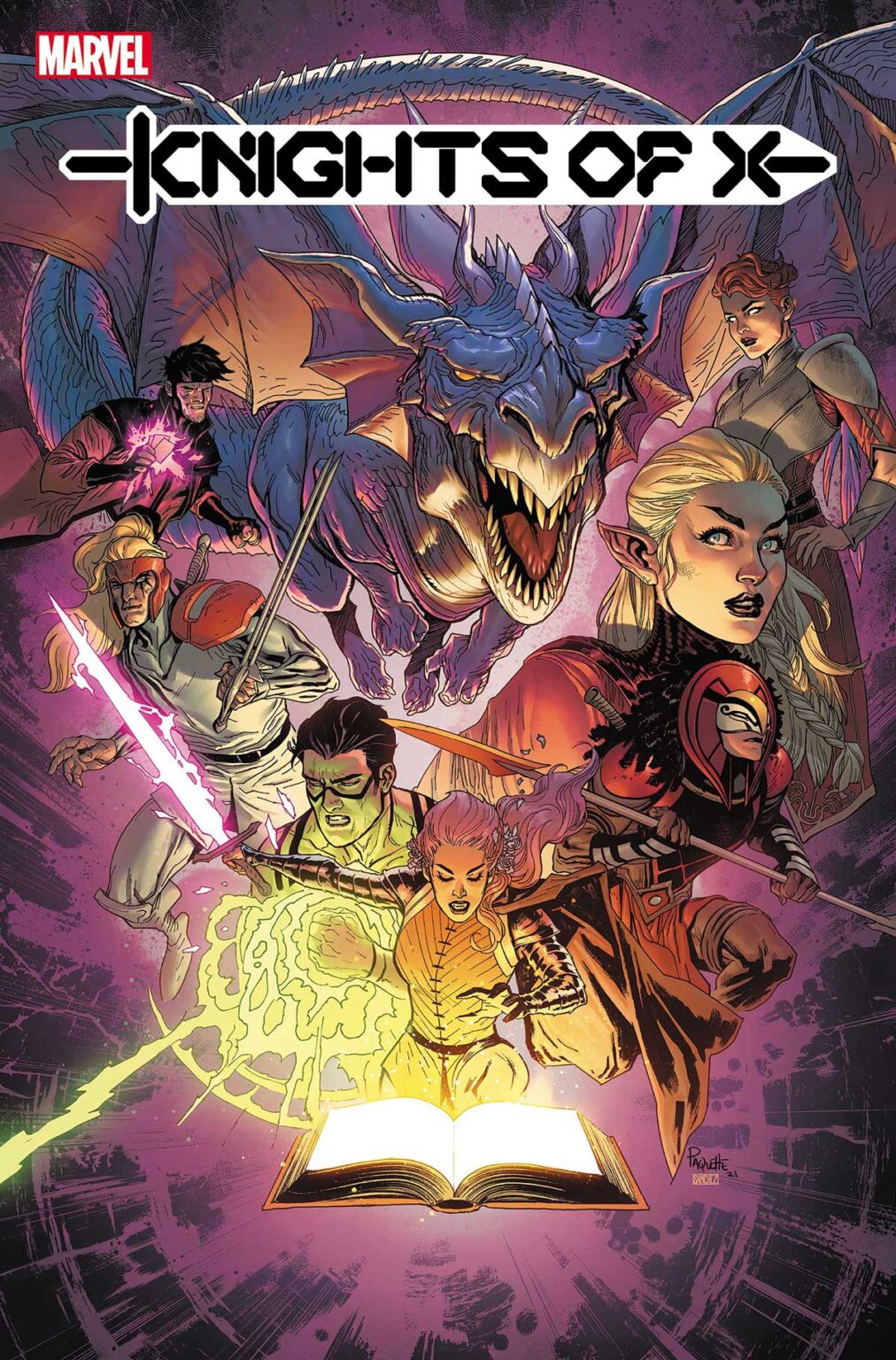 As the Destiny of X story begins, nine mutants will join Captain Britain on a quest to restore order in Marvel’s new ongoing series, Knights of X from writer Tini Howard and artist Bob Quinn.

The gates to Otherworld are closed — and Captain Britain is trapped on the wrong side! Usurpers Merlyn and his right-hand man, King Arthur, are now in control of Lunatic Citadel. Furies the size of Sentinels raze villages to the ground in their hunt for the “witchbreed.” Cut off from Krakoa, Betsy Braddock is Otherworld’s only hero — and to save her people, Betsy must recruit a round table of her own. The Knights of X gather to restore the rightful order and rescue desperate mutants — but their quest is about to get so much bigger than that. This is the era of destiny…and the fate of Otherworld lies at the center of mutantkind’s future.

“At the end of Excalibur, we saw Merlyn take control of all Otherworld, transforming the Starlight Citadel into the Lunatic Citadel and raging his war on mutants from Saturnyne’s former throne. Captain Britain stayed within when the gates fell, but even with the whole Corps at her side – it’ll take more than an army of one to bring down King Arthur and his Furies,” Howard explained in a press release from Marvel Comics. “You’ll recognize many of the Knights from Excalibur’s past – both my run and the classic – in a quest for a precious treasure that crashes our high fantasy tale into that most classic X-Men story – fighting for a(n Other)world that hates and fears them.”