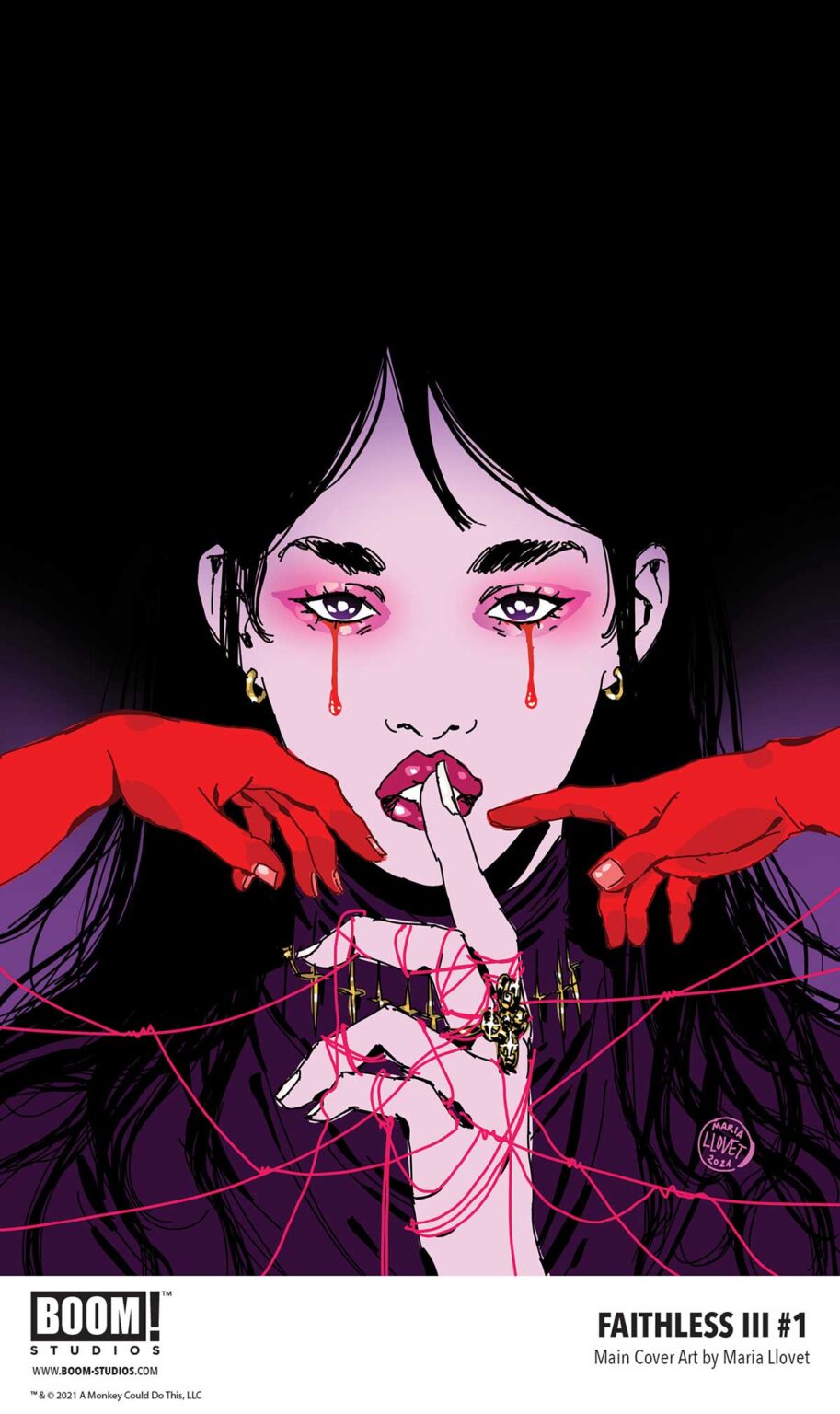 BOOM! Studios has released a sneak peek of Faithless III #1 from Brian Azzarello and Maria Llovet.

Nine months after her mysterious disappearance, Faith suddenly drops back onto the map. While the art world debates whether her absence was a masterpiece of performance art or just a publicity stunt, Faith retreats to Louis’s studio to recover from her journey into the unknown. But soon her best friend Ginny begins to realize that something is very much amiss with Faith. Where was she for nine months? And why does Faith suddenly seem so obsessed with Ginny’s son Jacob?

Faithless III #1 hits stands on February 9, 2022, and is definitely not for the young kids.