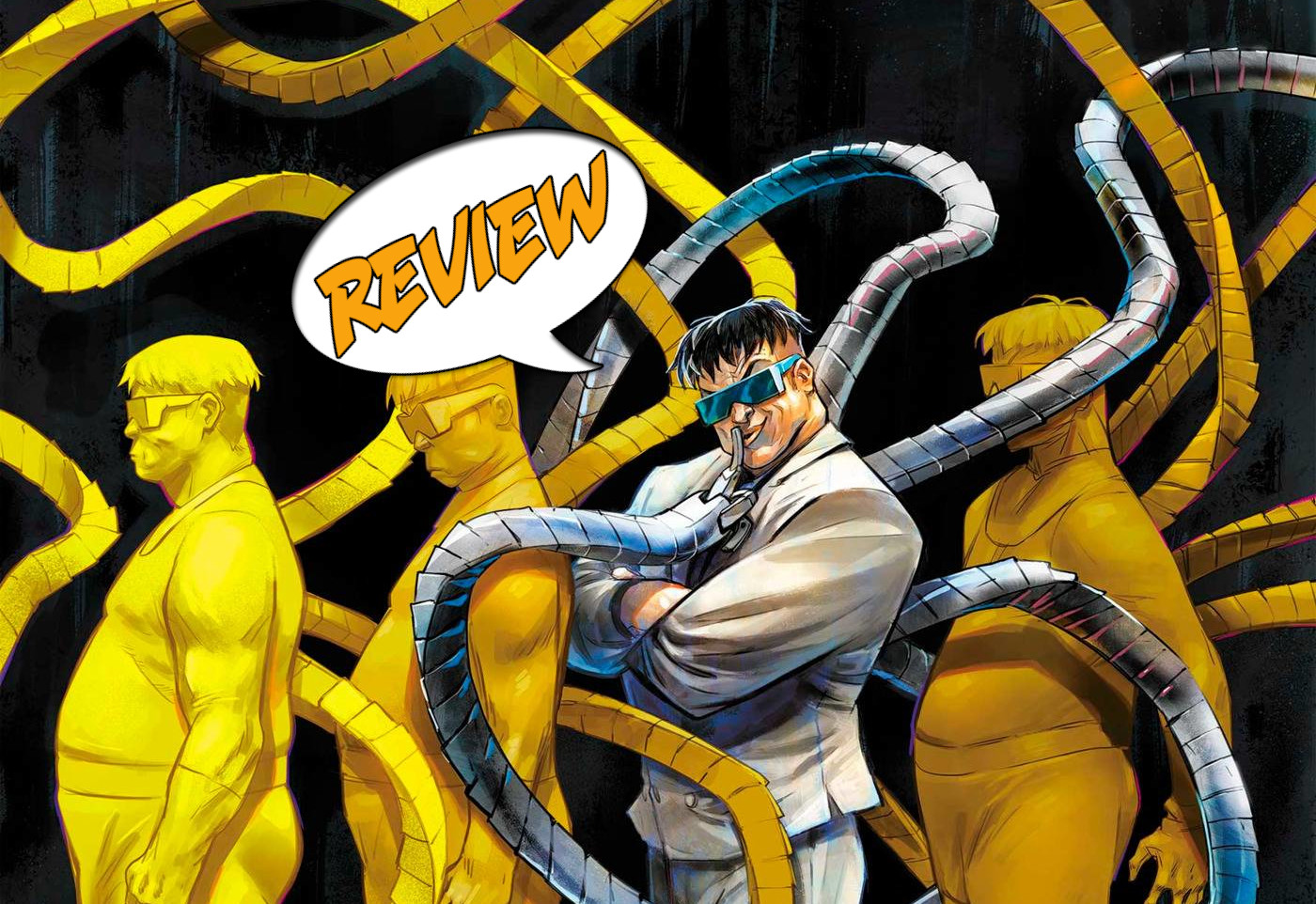 Doctor Octopus has taken over the Baxter building and has control of all of Reed Richard’s technology. Find out his deadly plan in Superior Four #1 by Marvel Comics!

Previously in Devil’s Reign: Wilson Fisk has taken over New York City by becoming the elected Mayor. After realizing that his memory was tampered with, he waged war against every vigilante by passing legislation making heroic acts illegal. In this process, he has employed Doctor Octavius. With Reed and Sue in prison and the other members of the Fantastic Four on the run, Fisk has given the Baxter building to Otto Octavious.

Superior Four #1 begins with a brief flashback to Octavius’ childhood with his abusive father. The comic book cuts back to the present day. Doc Ock has used Reed Richard’s technology to bring other versions of himself into the 616 universe to make the Superior Four. This quartet is Otto Banner, Otto Blaze, and Otto Howlett, who are six-armed versions of Hulk, Ghost Rider, and Wolverine. Doc Ock reveals his ultimate plan to create an army of Octavius’! During the first multiverse they visited, they met an Iron Man who didn’t seem to know who Doc Ock was. Because of this, Otto changes strategies and goes after another version of himself with the Superior Four. He finds the Spider-Man version of himself and takes away his intellect and memories! The Superior Four thus look for their next victim to gain even more power.

The best part of Superior Four #1 is the character designs. Seeing Ghost Rider with four chain legs coming out of his back is incredibly engaging on the page. It provides a new set of powers and strategies for the familiar character. But besides that, I wasn’t sold on this book. I enjoy Doctor Octopus as a character and have been enamored with the Devil’s Reign storyline. But this storyline of traveling the multiverse seems out of place. Devil’s Reign is down to earth and street level. We deal with Luke Cage standing up the Fisk through social media channels and the strenuous relationship between Daredevil and Elektra’s Daredevil. Superior Four ignores all those themes despite being a part of the Devil’s Reign event. Instead, we get a theme of a villain wanting more power and relevance due to an abusive past.

I am lukewarm for Superior Four #1. I think it is a solid book with decent ideas, but it isn’t what I wanted from the comic event. And perhaps that is reflective of my interest over anything else. Regardless, I hope to see more mad scientist Doctor Octopus in future Devil’s Reigns comics. Superior Four #1 is a 3 out of 5 from me.

Superior Four #1 does not feel like a Devil's Reign comic book and instead does its own thing.