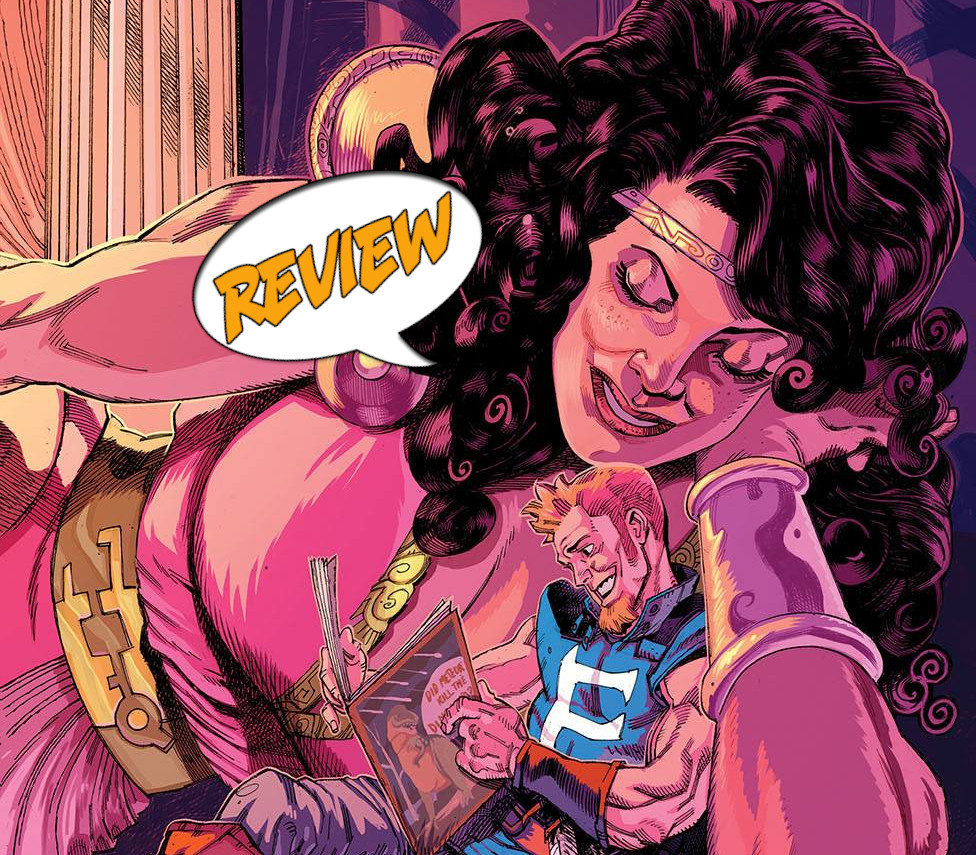 Frontiersman is recovering from his fight with Valor when another person visits him from his past. Find out if this is a friend or foe in Frontiersman #4 by Image Comics!

Previously in Frontiersman: Frontiersman came out of retirement to help a protest cutting the Pacific Redwood. As he dons his costume once more, he finds himself visited by friends and foes alike. He recently fought with former teammate Valor and accidentally killed him in self-defense!

Frontiersman #4 picks up with a police officer recovering the body of Valor. The detective attempts to arrest Frontiersman, but he decides to resist and continues the protest. Frontiersman receives numerous phone calls from various people about killing Valor on live television, even in self-defense. As Frontiersman ponders his next step, he encounters Bryn, a huge female giant. She shrinks herself to an eight-foot-tall form and tries to understand why Frontiersman has come out of retirement. After some conversation, she reveals that she is here to discover why he ever left her. Flashback images show an explicit and romantic relationship between the two. At the end of the conversation, Frontiersman admits that he didn’t contact Bryn because of a fear of rejection after he gave up his hero life. Bryn proves she doesn’t care about that by undressing in front of her former lover.

Frontiersman #4 has an exciting premise. The comic sets up a deep world that is unknown to the reader. But Kindlon does a great job informing the reader about the story’s context through flashbacks. The relationship between Bryn and Frontiersman proves to be complicated and intricate. Bryn constantly rides the line between hero and villain but ultimately seems to be a decent person. She is larger-than-life, making her an excellent foil to Frontiersman, who wanted to retire to a quiet place. Now that Frontiersman is back in the spotlight, he is attracting all sorts of attention.

I think the use of nudity and sexual content is an exciting choice. In many superhero comics, we are trying to humanize many larger-than-life characters. Here, we are trying to return an average human to a heroic life. Incorporating a superpowered lover adds more and complexity to the story in an engaging way. I applaud the creative team for their interesting and creative choices.

Frontiersman #4 has potential. It is a well-written comic that presents unique ideas. However, it subverts some of the classic tropes that we usually expect, and I wonder if that alienates some readers. Regardless, I enjoyed this comic issue, and I am curious to see what happens next. 4 out of 5 for Frontiersman #4 from me.