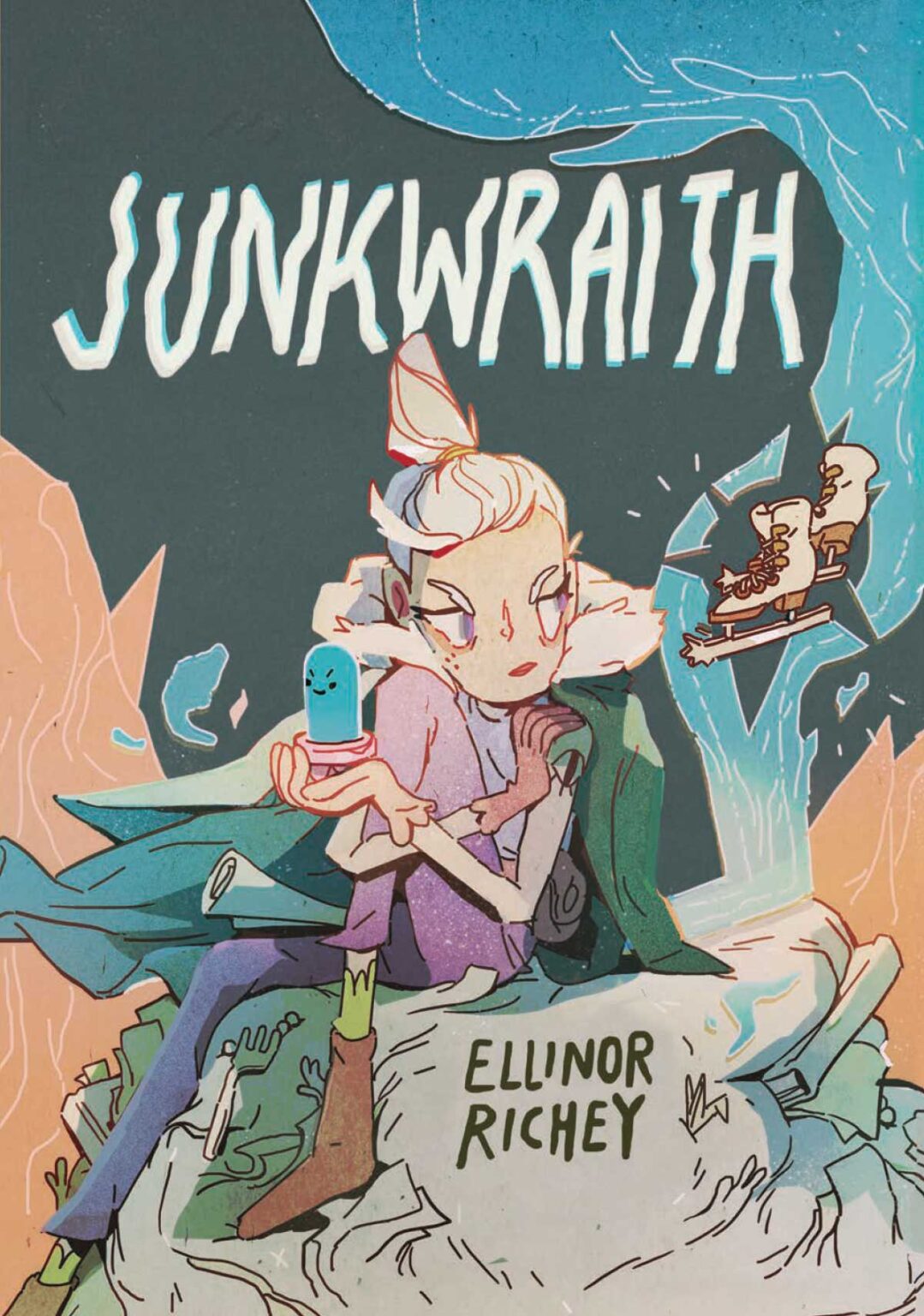 Top Shelf Productions sent us an early look at Junkwraith, a YA/Adult crossover graphic novel that follows a young woman who accidentally summons a junkwraith.

Junkwraith tells the story of ice-skating prodigy Florence Sato who is overwhelmed by pressure from her parents and peers and throws away her skates. This fateful moment accidentally summons a “junkwraith,” a terrifying ghost that seeks revenge for its abandonment by attacking the memories of its former owner. Before she forgets who she is, and to find out who she really wants to be, Florence must set off – with her trusty digital assistant Frank — on a long journey into the Wastelands to face the monster she created.

Junkwraith is written and illustrated by Ellinor Richey.