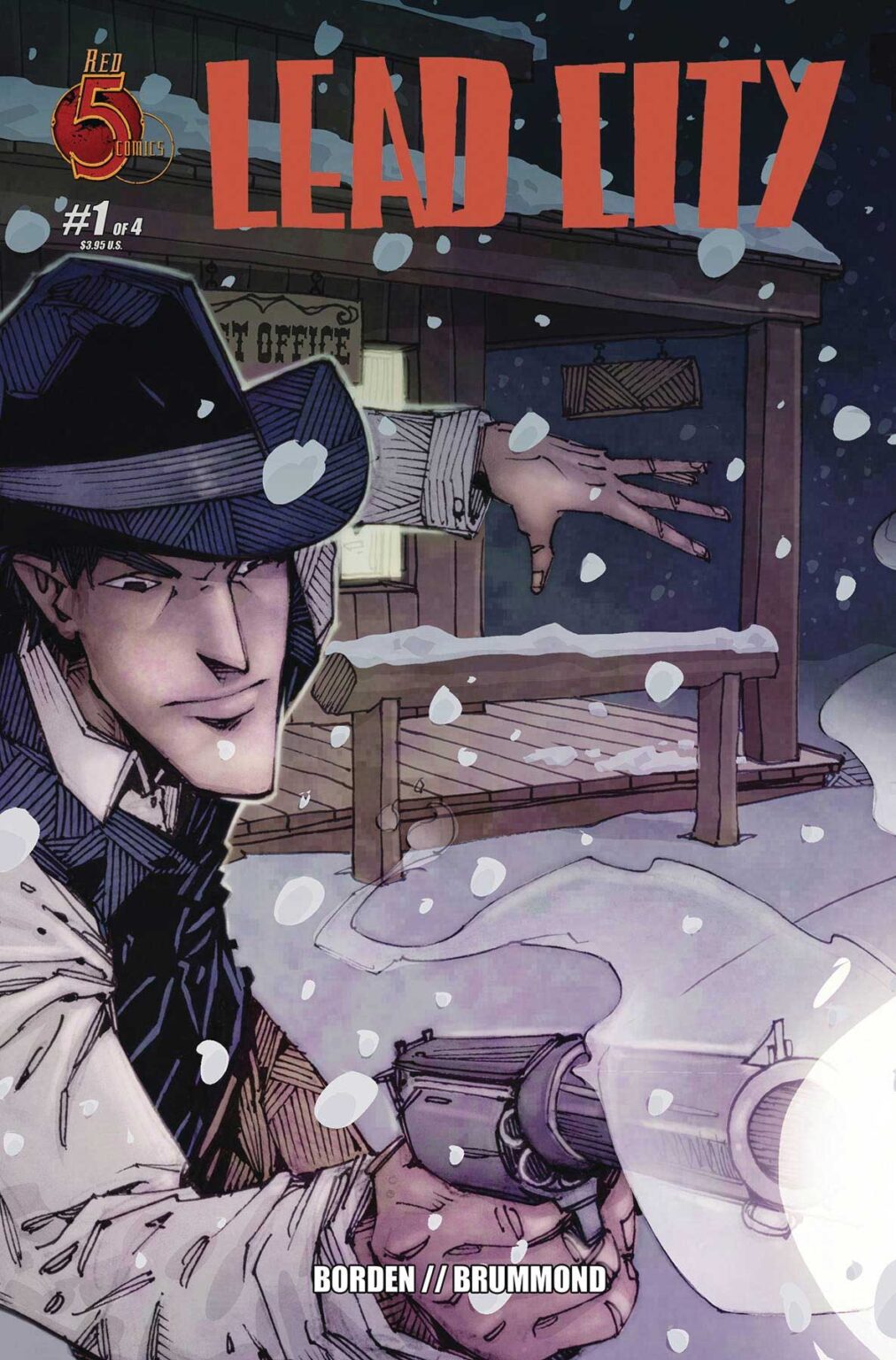 Lead City, where once a year the worst gunslinger’s in the Wild West arrive to battle each other for fame and fortune.

“Lead CIty started when I began pondering how I’d turn a genre I love: the Western, on its ear,” said series writer Eric Borden. “Lead City really grew legs during my first meeting with Kyle. With both of us being Las Vegas natives at the time it seemed natural to work a Wild West book. Since then it’s been both of us pushing one another to make a book the genre has never seen before and we’re pretty sure we’ve done that because Lead City ain’t your Daddy’s gunfight.”