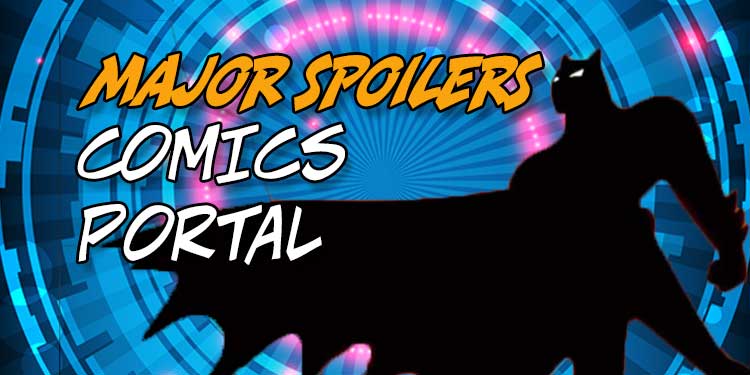 The more comics shops people I talk with, the more that old notion of “I only order from one distributor” is now dead and buried.

Penguin really shook things up when they became a Marvel distributor recently. The benefits they offer to comics shops have really brought them to the head of the line, seems like.

I’m not sure just what order they fall in, but these days it seems like Penguin and Lunar are leading the pack when it comes to making comics available to local shops. Diamond still is in there, and as I said, I’m not sure who is in first, second, or third, but it’s quite a change from recent years when the Big “D” was the unquestioned head of distribution.

And I’m still not certain we’ve seen the last of the shake-ups. There are still several groups waiting in the wings who want to get involved in all this. Only time will tell just how things will look when they settle down, possibly by the end of 2022.

With Batman reigning supreme at DC, I’ve noticed that some of their competitors have decided to jump on the bandwagon.

As I write this, I just picked up Knighted #1 and #2 at a great comics shop. It’s written by Greg Hurwitz, who has previously scripted the Dark Knight. It’s a strong concept and a bunch of characters I hope we get to see a lot of, so well done, AWA!

Dark Horse has their own Bat-alike comic in Cloaked. It’s described as “a superhero vision as dark as the night.” (Sound familiar to anyone else?) Here’s more: “Twenty-five years ago, a genuine masked crimefighter came out of nowhere to declare war on crime. All of America celebrated the exploits of the black-clad vigilante… and then he disappeared.” A private investigator is hired to find out just what happened to him, so stay tuned!

Then, too, comiXology Originals has The All-Nighter from Chip Zdarsky. Here’s how it is described: “It feels good to be a vampire vigilante. Alex gets to cut loose with his vampire powers a little and help some people along the way. But what happens when others see what Alex is up to and get their own ideas?” Batman has been turned into a vampire more than once, so it’s another interesting Bat-alike.

As I have previously discussed, DC has been making groups out of heroes, and there are already Robins and Batgirls, to mention just two of them. Will Batman, Inc., make a return in the new year? I wouldn’t be at all surprised!

ARE DIGITAL COMICS ON THE WAY OUT? Just a few years ago, I was wondering out loud if print comics were going away, being replaced by digital versions. Now, I’m wondering the opposite… Are digital comics on the way out?

When I talk with my friends, even those who were big believers in digital comics, they say they are cutting back on these books in favor of (wait for it)… paper versions. Really.

If that’s not just happening among people I know, I fear for the future of these companies. Maybe what will happen is the usual paring down of the numbers… the more established and successful ones like comiXology will be around while the lesser ones will slowly (and often quietly) fade away.

We’ll see. Personally, I still find digital a great way to catch up on books I’ve missed for whatever reason. I’d hate for them to ALL disappear.

IS THERE ANY ONE ‘BIG’ DAY AT COMICS SHOPS? I’m always curious to find out if LCS’s are still doing big business on one day during the week or the weekend. Seems like it’s all over the place.

I noticed not long ago that the shop I buy from wasn’t selling as much on Wednesday (the day the books are coming out most of the time) as they had before. Friday, which was the biggest payday of their customers, had taken over. The rush to get the books as soon as they came out seems to have lessened significantly.

I’ve been talking with the good folks at several larger stores, and they all are saying that there really isn’t one day each week that rules. Granted, there are some days that don’t fly as high—Monday and even Sunday or Saturday—but the single “big” day doesn’t seem to exist any longer. From Tuesday through Friday, that’s the time period shops seem to be the busiest these days.

Of course, some of this has to do with DC changing their release date from Wednesday to Tuesday so they link up with when regular books are most often put on the shelves. But one store owner I spoke with said that people come on Tuesday even though they don’t release the new books until Wednesday. I’d love to know why that’s taking place!

The point I come away with is that customers are buying more on their schedule instead of when the companies release new product. I remember the lines at shop doors to get the new stuff! I haven’t seen that happening for a while.

This is also taking place regarding TV and movies. Now people watch things on the small tube or the big screen when they can more easily do it rather than beat the doors down as soon as the new show or movie becomes available.

Personally, I think that’s a good thing. We all have to earn a living in order to pay for these things we love. I just hope people on social media will not spoil these things! You know who you are! I know that the COVID variants are wreaking havoc with us right now, but I remain optimistic that, in spite of many difficulties, we’ll get a handle on all this and continue to get back to life that’s more normal than it has been.

Personally, I’m as “boosted” as I can be, and I’m hoping I can stay that way.

I’m hoping that the stores that made it through the initial pandemic shutdown are getting things sorted out and attracting new customers to come through their doors and buy those new products they are slowly getting in. I’d also like to see the supply chain work better. Sheesh. And Free Comic Book Day! Yeah, I want that to be fun again!

And I REALLY want the conventions to rise up and be a safe, fun environment that as many of us as possible can get back to and enjoy. Do I miss them!

Still, I’m looking forward to 2022 being an improvement over 2021, which I think was still progress. I don’t know that we’ll ever completely return to the way things were prior to the pandemic, but I’m confident we can more forward and maybe be even smarter and healthier than we used to be! Hey, I’d like that!

What do you think? What would you like to see happen this year? What can your LCS do to help make you a better customer? What comics are you looking forward to? Whatever your opinions, be sure to share your thoughts below!