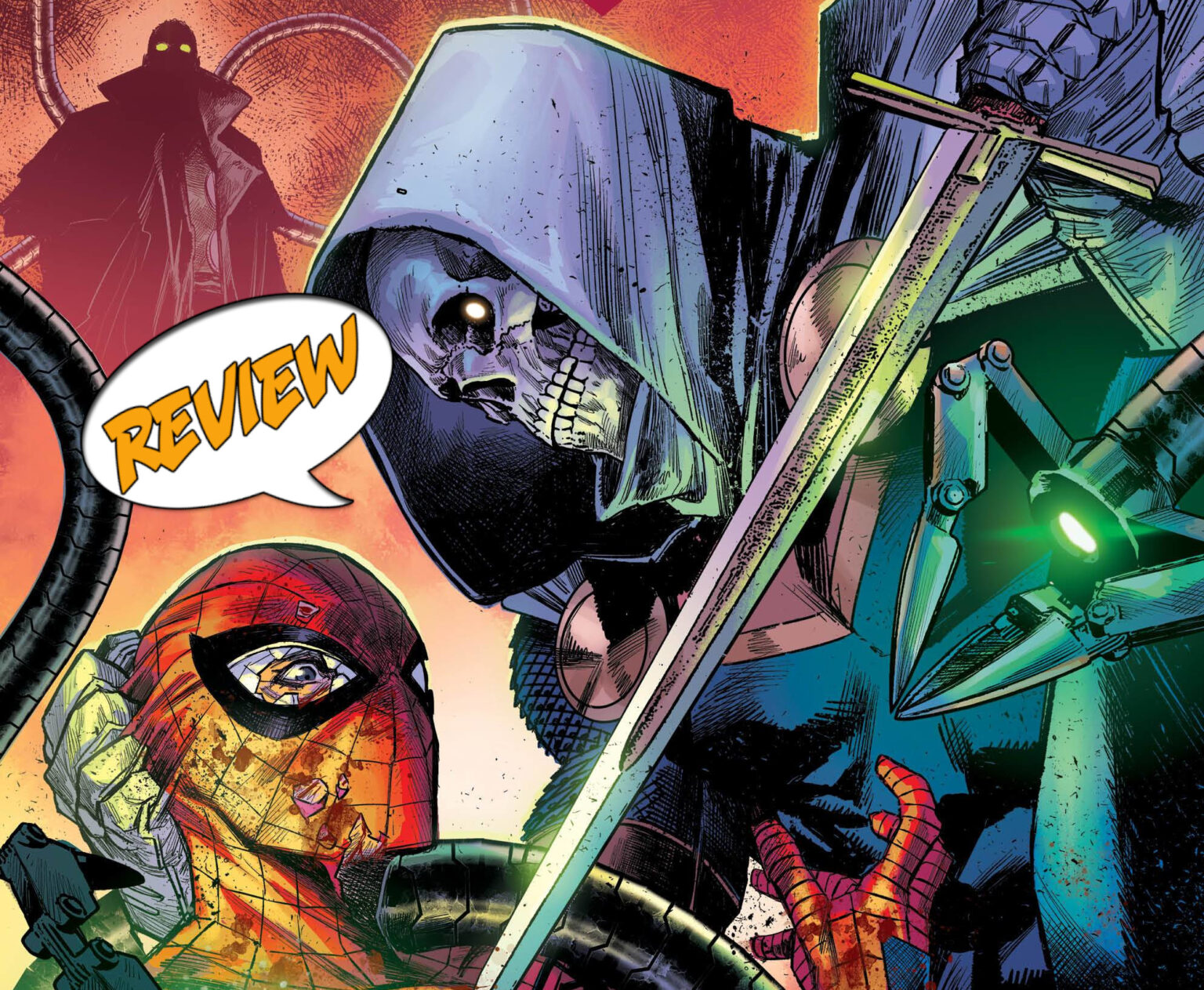 Wilson Fisk, Mayor of New York City, has outlawed superhero vigilantes. On top of that, he has acquired the powers of The Purple Man! Find out what happens next in Devil’s Reign #2 by Marvel Comics!

Previously in Devil’s Reign: Wilson Fisk has outlawed vigilantes and has deputized the Thunderbolts to bring heroes to “justice”. Reed and Sue Richards have been arrested and Doctor Octopus has taken over the Baxter Building. And many of New York’s heroes are going into hiding. Luckily, Luke Cage, Jessica Jones, and Tony Stark have banded together for Tony to run against Fisk in the next election. However, Fisk may have his sights on something beyond just New York City.

Devil’s Reign #2 is a series of small moments where we see what some of our characters are doing in the event. It starts with Iron Fist being arrested out of his home, despite not taking part in vigilantism. Reed and Sue are attacked in prison by the other prisoners. Ben Riley Spider-Man is arrested after Taskmaster and Whiplash holds the Daily Bugle hostage. And Elektra pays a visit to Fisk where Fisk reveals he knows a secret of hers. Fisk, on the other hand, seems to be getting ready for his end game. Controlling the Purple Man’s powers, he plans to coerce people to vote for him. Doctor Octopus, under Fisk’s employ, is still in the Baxter building and has access to all of Reed’s experiments and is bring back the Superior Four.

Luke Cage, Jessica Jones, and Tony Stark meet up with Captain America, Daredevil, and Spider-Man Miles Morales. A couple of kids take a picture of them, and Tony tries to pay them off, albeit unsuccessfully. It is up to Luke Cage to convince them to delete the photo. With that in mind, the group realize that Luke Cage is a better choice to run against Fisk then Tony.

GREAT CONTROL OF A LOT OF MOVING PARTS

There is a lot going on in Devil’s Reign #2 and I am impressed that everything was so cohesive in the story. We have multiple heroes and villains doing their own thing and Chip Zdarsky made each character have a spotlight without overwhelming the reader. A lot of these events usually span multiple comic titles, but Chip does it with just one. Which is beyond impressive to me. I really enjoyed the subtlety in the art as well. The look on Tony’s face when everyone tells him that Luke Cage should run in his place. The use of shadow in both the Elektra and Ben Riley’s scenes. And the fact that Iron Fist chooses to kick instead of punch. Overall, an excellent job by the creative team.

I really want to see the theme of community come together in the next issue. Fisk feels like an isolationist but is trying to bring the city together under fear of superheroes. Luke Cage is trying to inspire as many people as possible. I love this idea of Fisk verses Cage, rich verses poor, White verses Black, and criminal verses hero. I am excited to see what comes next.

I think that Devil’s Reign is proving to be a great Marvel event. I am excited to see what may come next and what concepts they are going to move forward with. My only concern is that they will continue to introduce more and more characters that we may get stuck trying to do too many things. But that is the risk of any event storyline. Devil’s Reign is a 5 out of 5 from me. It isn’t a perfect issue, but I don’t find much fault in the story.

Devil's Reign #2 is an excellent example of how to handle a Marvel event without overwhelming the reader.