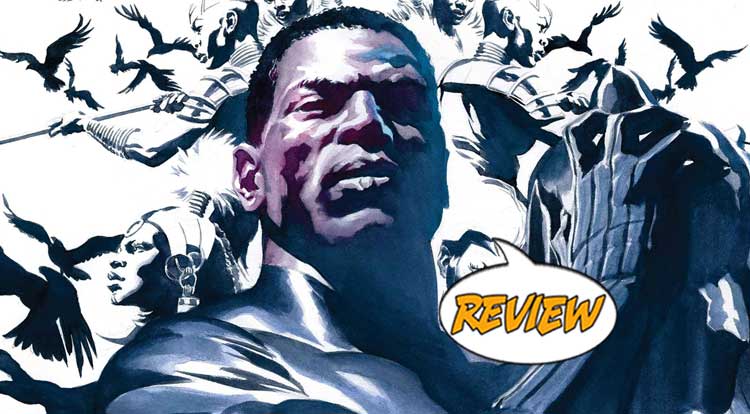 The shadows of the past threaten to overwhelm the Black Panther, unless he can find something designed not to be found.  Your Major Spoilers review of Black Panther #2 from Marvel Comics awaits!

Previously in Black Panther: T’Challa must act quickly to save his sleeper agents before they are assassinated! With the help of his sister, Shuri, he might be one step closer to the culprits… but is it too late? The assassins seem to always be one step ahead.

And T’Challa better watch his back, for secrets lie everywhere…

“SOMEONE KNOWS ABOUT THE PROGRAM”

After the murder of one of his secret deep-cover operatives last issue, King T’Challa and his agent Omolola have sought out others, ordering them to come in out of the cold.  The responses range from grateful to enraged, but a woman named Kimura refuses to comply.  She has built a life and a family in the United States, and believes that she can handle anything the would-be assassins can throw at her.  At the same time, Shuri, T’Challa’s sister, investigates the scene of the first murder, discovering a clue or two that the police missed, which means that Black Panther himself is available when Kimura’s home is attacked.  The assassin nearly gets the better of him, but T’Challa turns the tables on him, only for the killer to commit (explosive) suicide.  Before he can return to his transport, though, he is ambushed… by THREE more of the killers he was barely able to handle one-on-one.

TO TARGET THE SLEEPERS

On the one hand, it’s nice to see the acknowledgment of T’Challa’s paranoid past and his “trust no one” attitude, but I’m not sure I like the callback.  After all, the world has changed a lot since Christopher Priest wrote the Panther’s adventures in 1993, and he’s learned a lot since then.  Even so, this issue gives us a very human King of Wakanda, one whose subjects see him in many different lights, and that makes for an interesting tale.  Shuri’s appearance is also lovely, reminding readers that he’s also a man with a family, as well as a hero, an Avenger, and a king.  As with any “SURPRISE TWIST” plotline, there are moments that feel like they shouldn’t have stayed hidden for this long, but it’s never productive to pick at those kind of threads.  Ridley’s scripting is tight, with strong dialogue, and the art is quite attractive.  Cabal’s pencils during the combat sequence show a marvelous sense of visual continuity, and the designs of the as-yet-unnamed assassins are pretty great.

All in all, Black Panther #2 emphasizes the strength of Hudlin’s writing and the new angle, and while I want him back in The Avengers and being all cool and team-uppy again, seeing the kinds of sacrifices that a king has to make proves to be illuminating, with strong art and an a compelling mystery propelling it all, earning 3.5 out of 5 stars overall.  It’s a testament to the skills of this creative team that I’m being taken along for the ride, even though it’s not the Black Panther I prefer, just because of how well-done this all is.

It's an exciting story that moves quickly and has fun twists and turns, and while I'm not thrilled by this take on the character, it's a solid adventure story.