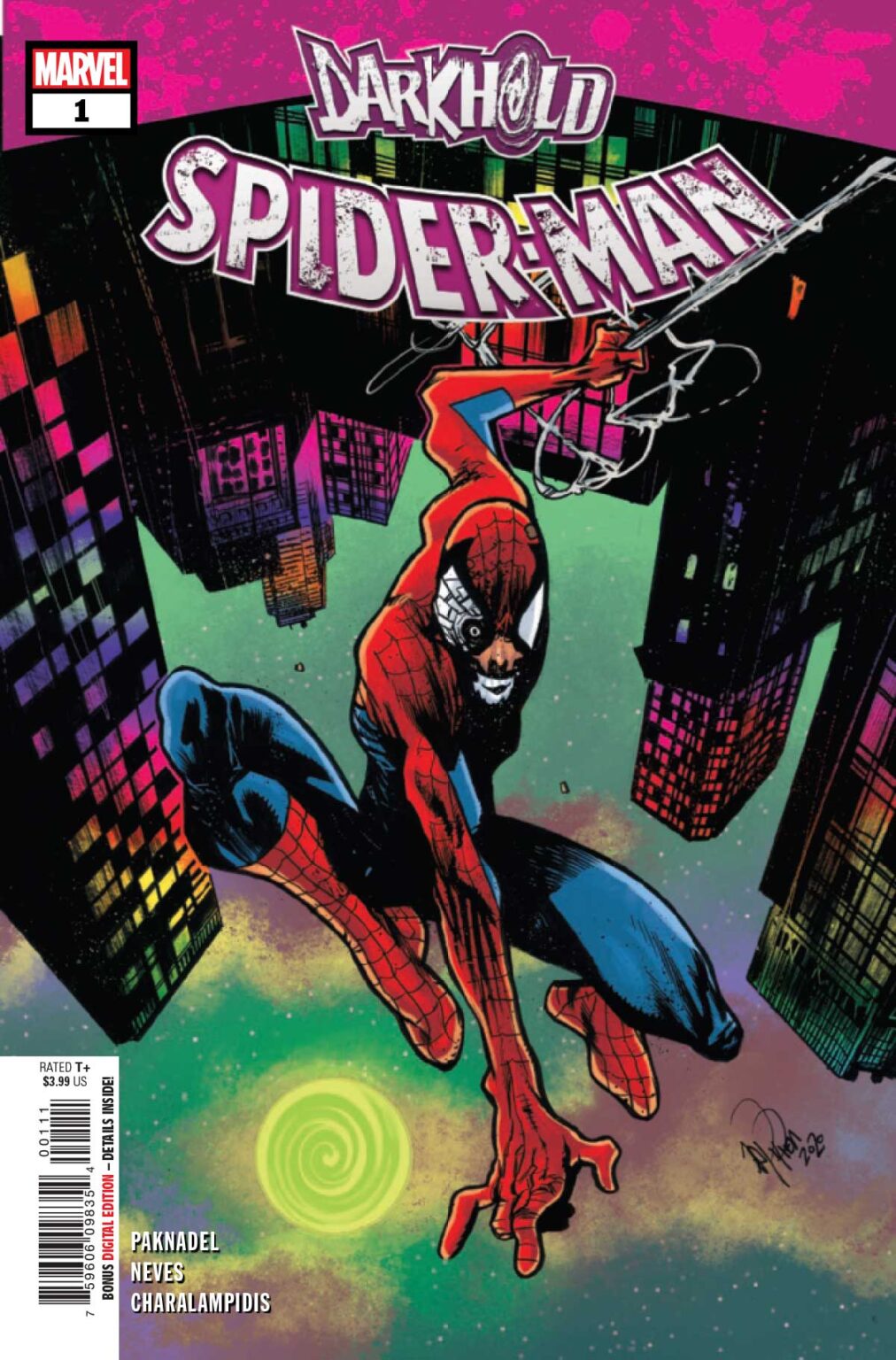 THE DARKHOLD: SPIDER-MAN #1
ALEX PAKNADEL (W) • DIOGENES NEVES (A) • Cover by JAMES HARREN
Design Variant by CIAN TORMEY
Connecting Variant Cover by JOSEMARIA CASANOVAS
THE SPIDER TRAPPED IN A WEB OF HIS OWN MAKING! After reading from the ancient Darkhold, Spider-Man was meant to gain the power to enter the dread Chthon’s dimension and stop him from spreading his mythic darkness across the globe. Instead the book drove him insane – but what does that mean for the stalwart Peter Parker? Dive into a warped world of Spider-Man’s broken mind!
32 PGS./ONE-SHOT/Rated T+ …$3.99