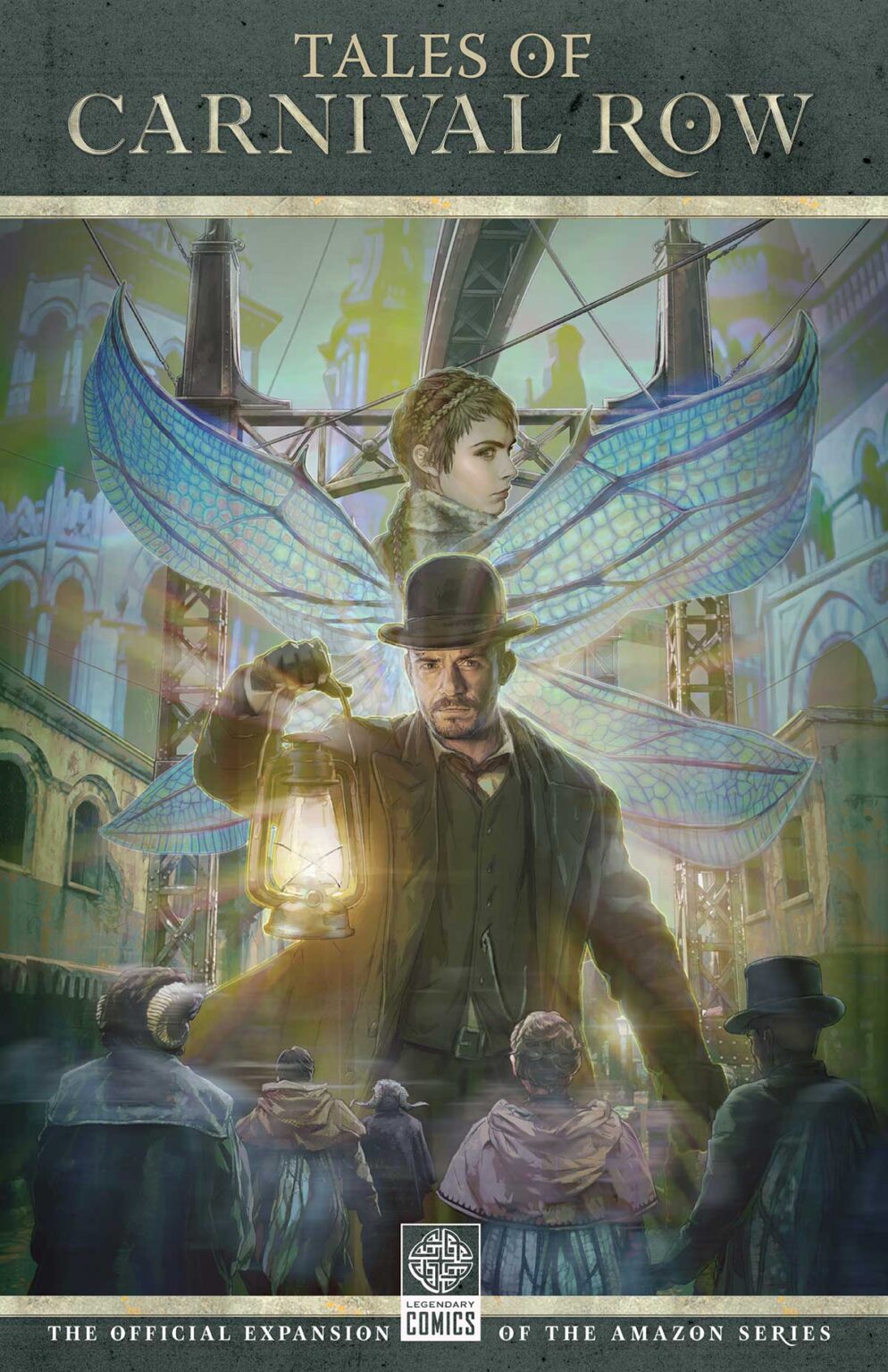 Today, Legendary Comics announced Tales of Carnival Row, the official graphic novel that will bring fans all new adventures from Carnival Row, the hit series from Legendary and Prime Video, starring Orlando Bloom and Cara Delevingne. Writer George Mann (Wychwood, the Newbury & Hobbes series) and series writers C.M. Landrus, Charles Valasquez-Witosky, and Jordan Crair have crafted tales that will shed light on some of the most popular characters from the neo-noir Victorian fantasy series, with art by Magda Price, Giorgia Sposito, Gus Storms, Harvey M. Tolibao, and Ashley A. Woods. The cover is by ZID (Kingdom Kong, Dune: The Official Movie Graphic Novel) with a variant cover by Mike Collins (Doctor Who). The graphic novel, set to hit retailers on July 26, 2022, is now available for pre-order at: Amazon, Barnes & Noble, Indie Bound, and ComicShopLocator.com. In the dark and magical world of Carnival Row, there are many stories to be told. Readers can explore the Burgue, where war-weary humans and Fae strike an uneasy peace and eke out a meager coexistence in this new anthology graphic novel. Fans can take a closer look at the myths and half-truths surrounding their favorite characters, including Philo, Vignette, Millworthy, Agreus, Tourmaline, and Aisling.

“Carnival Row is such a rich world with so many interesting characters,” said Robert Napton, senior vice president of Legendary Comics. “The Row itself is a setting so full of mystery and lore, so it was fun to delve into some of the nooks and crannies in an anthology format to see what we might find.”

“Stepping onto Carnival Row and being given the chance to walk a few steps in the boots of some of these fantastic characters was a real joy,” said the graphic novel’s writer, George Mann. “The setting is so vivid and gritty, but with an undercurrent of delicious magic and folklore that makes it all the more compelling. Crafting new tales for these characters alongside a host of talented artists was a huge amount of fun.”