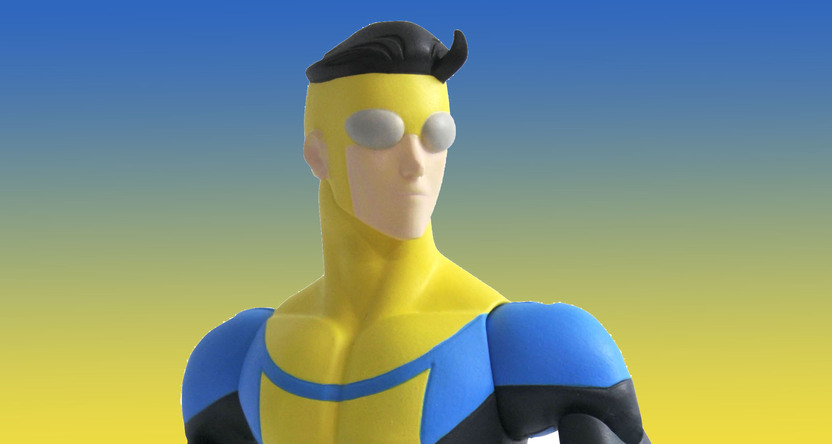 Omni-Man lands at your local toy store this week

Diamond Select Toys has new action figures and statues at your LCS this week, including Omni-Man and Invincible!

Buffy the Vampire Slayer Gallery Vampire Angel PVC Diorama
A Diamond Select Toys release! Get ready to vamp out! The vampire Angel leaps into action in this all-new diorama based on the original BTVS television series! Has he gone fully evil, or is he just really mad? Who cares, because this 10-inch sculpture of the vampire with a soul features detailed sculpting and paint applications, and is made of high-quality PVC! It comes packaged in a full-color window box. Designed by Caesar, sculpted by Jorge Santos Souza! (Item #JAN211963, SRP: $49.99) Invincible Animation Deluxe Action Figures Series 1
A Diamond Select Toys release! The long-running comic series from Skybound is now an animated series, and DST is delivering all-new action figures! Up-and-coming superhero Invincible and his alien father Omni-Man make up the first assortment of 7-inch figures, each with 16 points of articulation and interchangeable heads and hands, as well as various accessories, including baseball gloves for both! Each comes packaged in a full-color window box with hangtag. Sculpted by Chris Dahlberg! (Item #JAN211962, SRP: $24.99) I do think the action figures look great, and for those who love the comic or the animated series adaptation, should probably add these to their shelf and/or toybox.