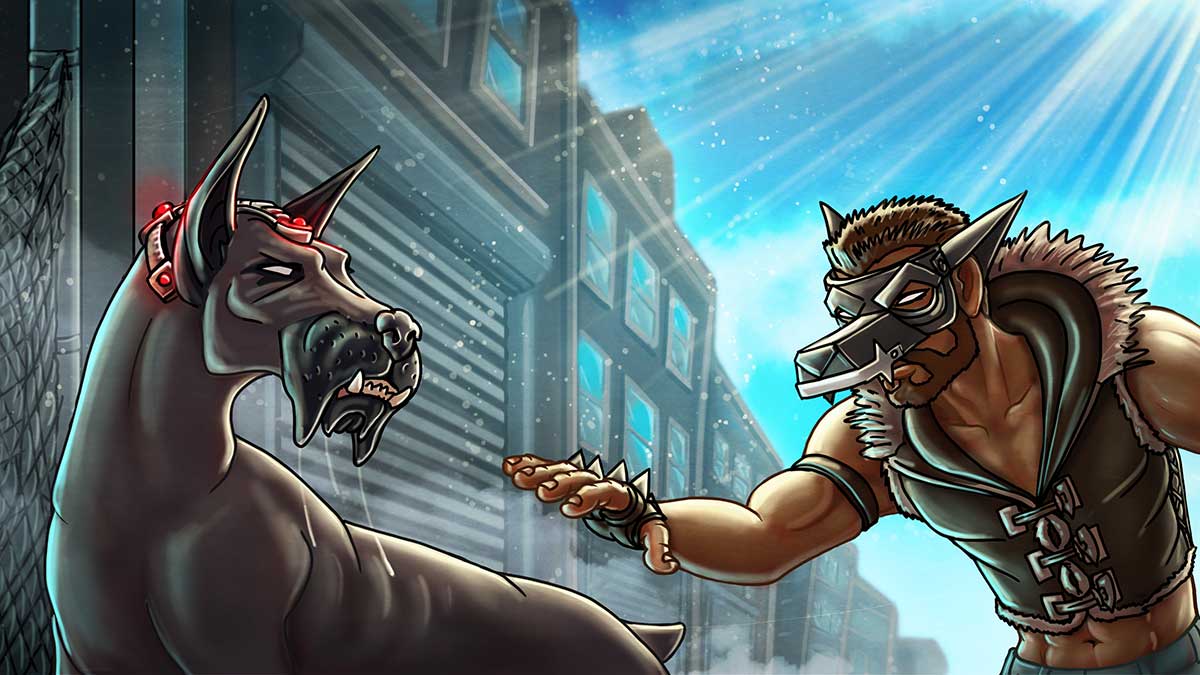 Oneshi Press has released PACK 3: Temperance, the latest installment about canine vigilantes on the streets of Brooklyn.

In “PACK 3: Temperance,” the secret behind the enigmatic Great Dane named Temperance is revealed, along with the truth of his blinking “crown”—a technological marvel embedded into his skull. The crumbling fabric of the PACK’s neighborhood affects a local youth…and the rookie cop trying to watch his back. And the powers that be brand the vigilantes of the PACK Public Enemy #1.

“We went back to the drawing board with this issue of PACK,” said Lynsey G, co-founder of Oneshi Press and writer of the PACK series in a press release. “It was important to us for this one to dig deep into the larger issues the series explores, like systemic racism, urban gentrification, and animal rights. ‘PACK 3: Temperance’ does all that and more…with a heartwarming story of chosen family at its heart. ”

PACK 3: Temperance is available in print or digital (PDF) form from the Oneshi Press online store.