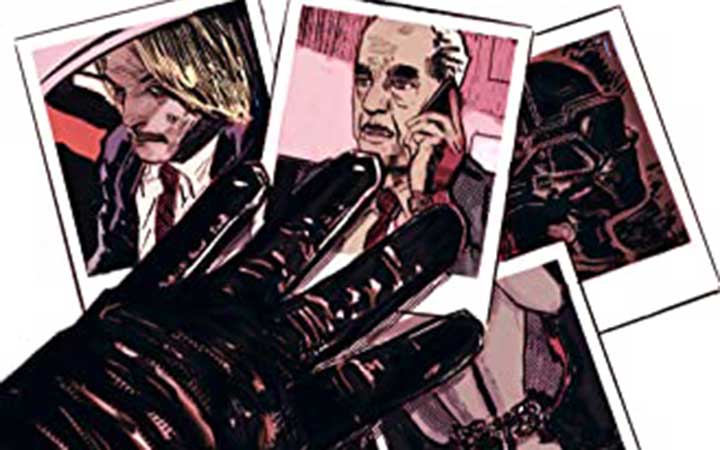 Meet the Cast of Memoria

By GuestDecember 7, 2021No Comments2 Mins Read

Memoria by Curt Pires and Sunando C arrives on comiXology Originals today. If you are curious about the series and who the main characters are, Major Spoilers has you covered. When an aged terminally ill detective and a young burnout are partnered up and saddled with an unsolvable case, they begin to unravel a sprawling conspiracy that points to one thing: The most prolific serial killer in american history. As they further investigate the case they make discoveries that will force them to question everything and everyone they know.

Tom Reynolds – Is an old grizzled detective with a black and white sense of morality. If you’re victimizing someone weaker or less fortunate than you, he doesn’t have the patience for red tape. Naturally, this gets him into trouble. He’s also got a nasty tumour on his pancreas that he’s been keeping a secret from everyone.

Robert Sheppard – Reynold’s former partner. Now chief of police. He’s seemingly played all the right games with the politicians and the upper brass to land himself in the position of power he occupies. But there’s more to the story than anyone knows…

Frank Daniels – Younger than Reynolds but just as burnt out. His sister went missing when he was a kid and he’s spent his life looking for answers. He’s never gotten any, and it’s driving him crazy. He’s drinking heavily and carrying out an affair with a colleague’s wife when he’s saddled with the case of his career. One that might finally give him the answers he’s been looking for.

Maria Server – A young and hungry reporter who is chasing down her own leads with regards to the Elk Creek case. The deeper she gets into her research the more and more it becomes clear to her that information has been buried. The third detective in a lot of ways.

Conrad Ballister – A business tycoon and heir to a real estate /hotel empire. His family history hides dark secrets that run side by side with the Elk Creek case. Secrets he will go to great lengths to keep buried…

Ready to jump into the series? Pick it up today via our Amazon affiliate link, and read the issue on your Kindle, or mobile device with the comiXology app.