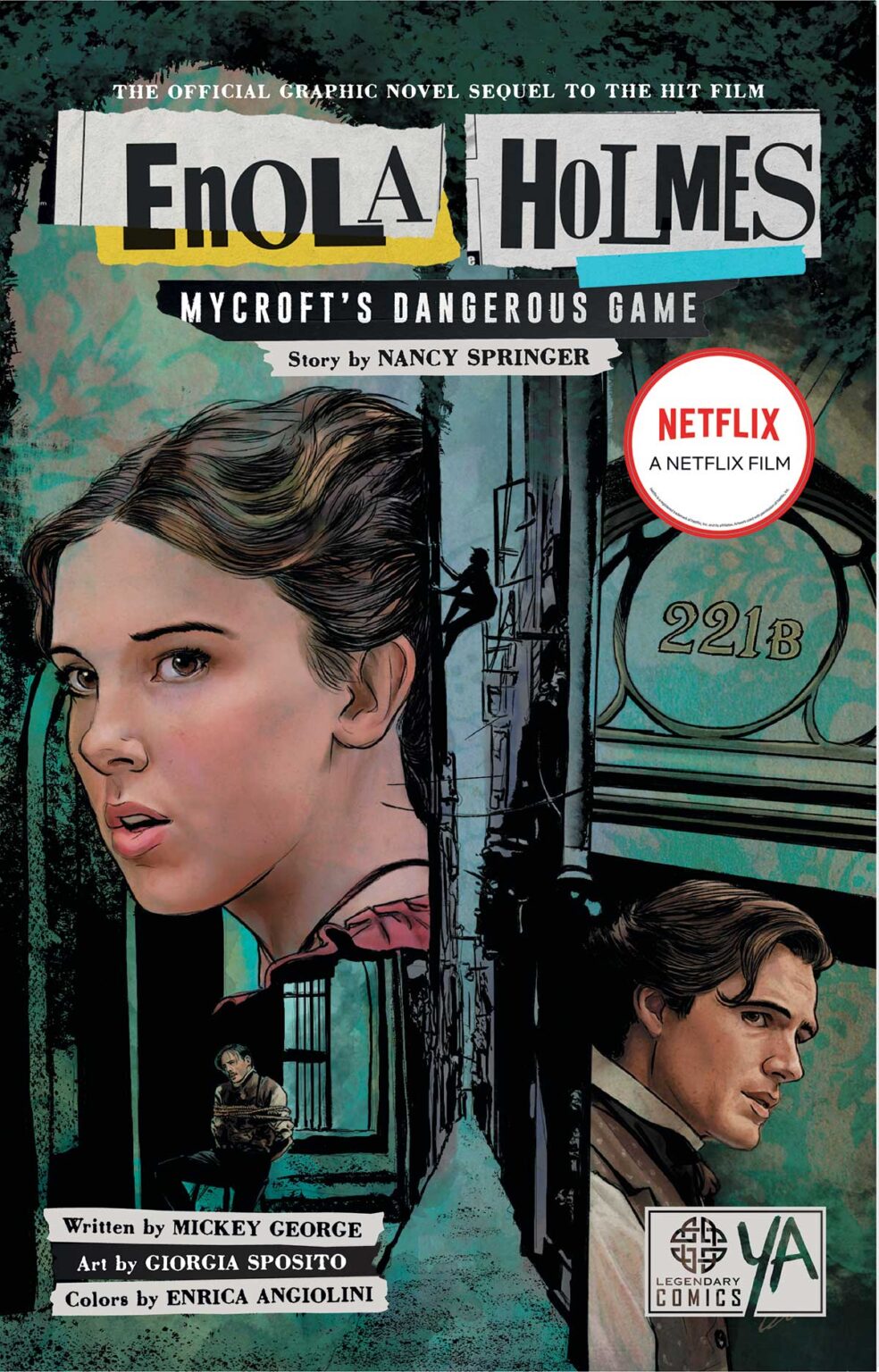 If you enjoyed the movie adaptation of Enola Holmes, Legendary Comics is hoping you’ll also want to check out the teen detective’s further adventures in “Enola Holmes: Mycroft’s Dangerous Game.”

The graphic novel, from author Nancy Springer, and written by Mickey George and artist Giorgia Sposito, takes place between the events of the two Netflix films. Picking up where last year’s exceptionally popular film left off, readers and fans will join Enola, the rebellious teen sister of Sherlock Holmes (Henry Cavill), in a thrilling adventure and uncover the new mystery that she is up against. After a mysterious group of anarchists abduct her brother Mycroft (Sam Claflin), Enola investigates his disappearance in hopes of rescuing him and recovering something precious he took from her. With the help of Lord Tewkesbury and a young boy on the streets named Shag, she uncovers the truth behind her brother’s abduction and unravels a web of mystery that takes her deep into the London underground as she tries to foil the anarchists’ nefarious plot!

“We are so excited to expand Enola’s world and story with an exciting new adventure in our graphic novel from this extremely talented creative team,” said Nikita Kannekanti, Legendary Comics’ Senior Editor. “Nancy has come up with a really fun story with some charming new characters and some returning familiar faces. I hope fans will enjoy solving the mystery with Enola!”