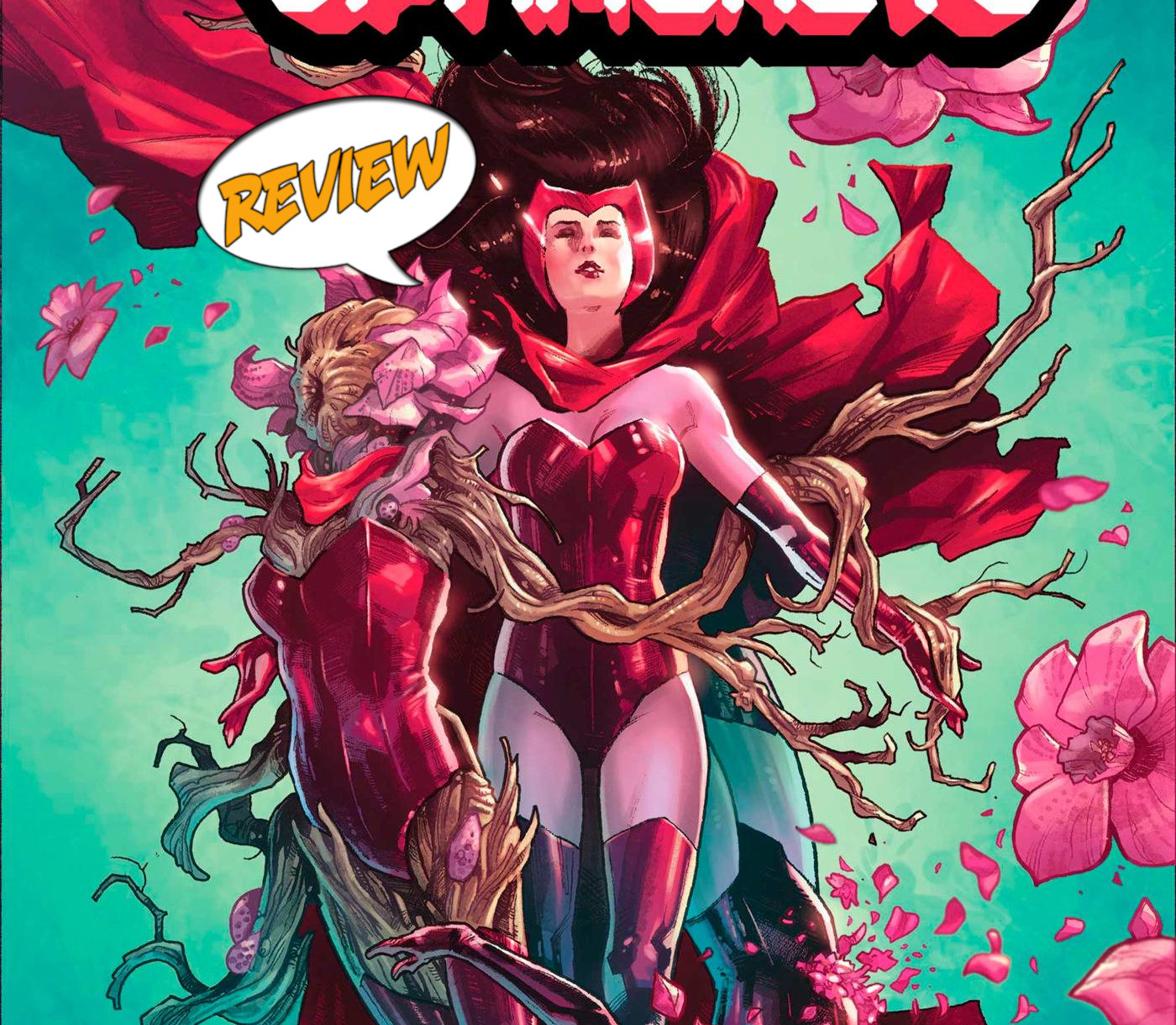 X-Men: The Trial of Magneto #4 Review

The Scarlet Witch has died and returned. With her reappearance, three Kaiju has arrived on the shores of Krakoa! Find out more in The Trial of Magneto #4 by Marvel Comics!

Previously in The Trial of Magneto: Scarlet Witch was murdered. The X-Men and Avengers came together to mourn the loss of Wanda and recover the body. Except Scarlet Witch has suddenly reappeared, albeit with gaps in her memories. Additionally several Kaiju has arrived, and everyone must band together to protect the Krakoan people.

X-Men: The Trial of Magneto #4 begins with Wanda resurrecting a younger version of herself that doesn’t have recent memories. X-Factor is still looking at the cause of her murder and realized that they can’t rule out magic tampering quite yet. As the battle with the Kaiju continues, Wiccan and Speed take their mother and reveal that these monsters are here because of Wanda’s inability to get rid of the guilt of her past mistakes. Additionally in the chaos world, Old Lady Wanda is trying to get another version of Wanda to forgive herself and stop manifesting these monsters. Realizing what is going on, Wanda from Past, Present, and Future come together to defeat the Kaiju. After the battle, Wanda, who can now remember everything, must deal with the anger of the Krakoan people and is about to reveal who was the person who attacked her.

IT IS A CHRISTMAS MIRACLE

This is a huge character moment for Wanda and her relationship to mutant kind. Mutants call her the pretender and hate some of the things she had intentionally and unintentionally did to them. This is the storyline I want to explore, and we get bits and pieces of it in The Trial of Magneto #4. But we spent a lot of time dealing with three different versions of Scarlet Witch which is overshadowed by the fight with the Kaiju. This is the second issue in a row where we had to fight these monsters without any real connection to them as a threat. It feels like a random encounter in a video game that is just there to put pressure on the other story points. Which doesn’t feel great in comic book form. All these things are just in the way of the plot point that I am interested in, and I certainly hope we can get there in the conclusion of this miniseries.

BOTTOM LINE: TRYING TO DO TOO MUCH

X-Men: The Trial of Magneto started with a bunch of people grieving for Scarlet Witch and a murder mystery. It has since evolved to an action comic with many different elements. This is a good comic with good ideas, but I don’t think it delivered on the genre tropes that they introduced on the first issue. I do, however, enjoy the monster design and art choices of the Kaiju. This is a 3 out of 5 for X-Men: The Trial of Magneto #4.

X-Men: The Trial of Magneto #4 tries to do a lot of complex things and has a hard time juggling all their ideas within the page count of this miniseries.