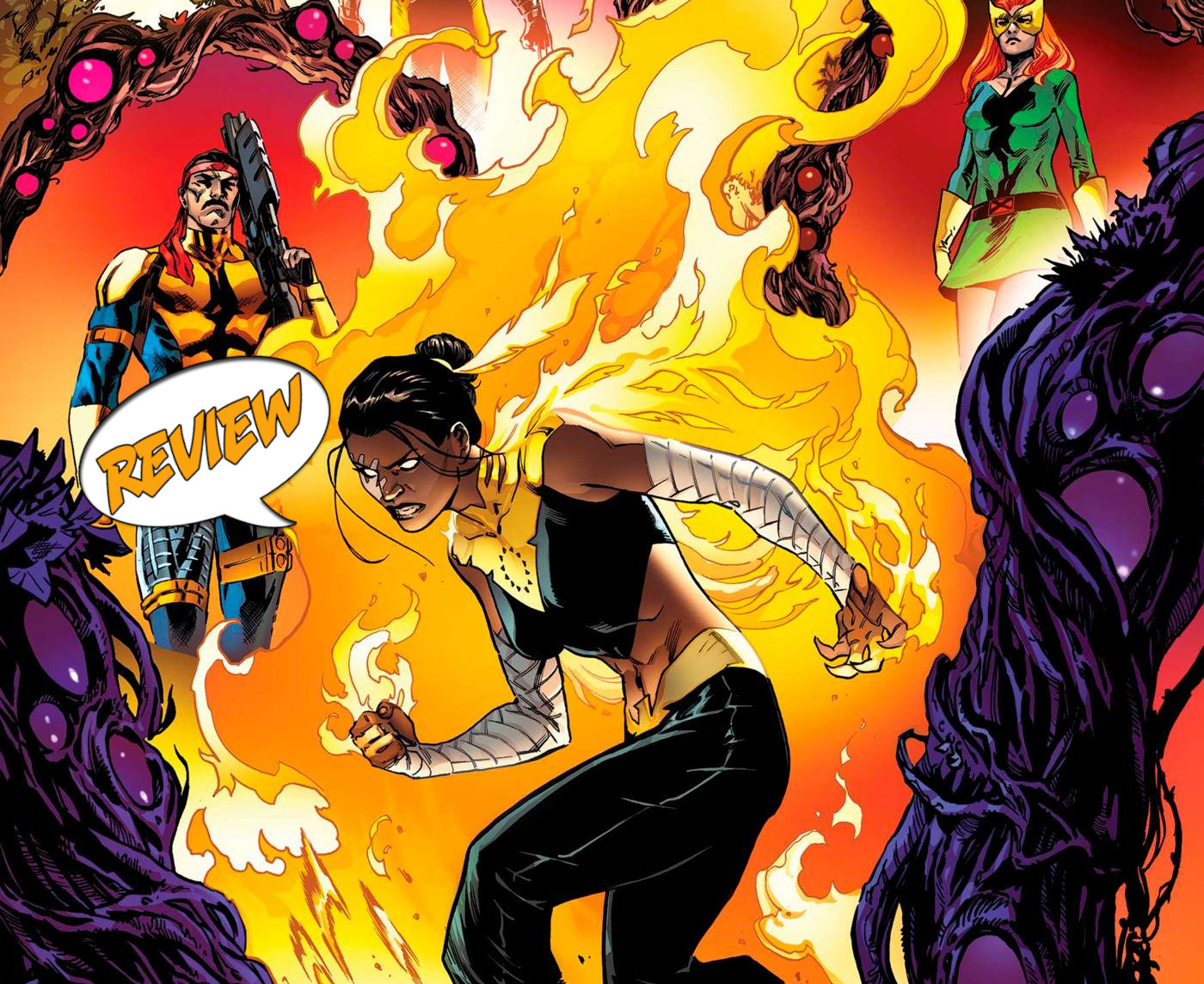 Maya Lopez has the power of the Phoenix within her body. Unfortunately, that attracts the attention of both heroes and villains. Check it out in Phoenix Song: Echo #2 by Marvel Comics!

Previously in Phoenix Song: Echo: Echo has received the power of Phoenix which has attracted the attention of both Forge and Electra. As she tries to find a new balance between her power, she ends up on the Great Plains where she meets a man named River. River has the superpower to look at a person’s history and knows of an unknown foe coming after Echo!

Phoenix Song: Echo #2 begins with River’s past. We see the moment his parents died and the entity who haunts him. This entity promised to bring back River’s parents if River delivers him Maya Lopez and the Phoenix Force. In the present, this entity arrives on River’s doorstep and River, amplified by the Phoenix, brings Echo back in time to escape. They arrive at a key point in Echo’s history, where her dad and her mom met. When she goes to question her father, the entity returns and gives himself his name “The Adversary”. Rivers than warns Echo that if she uses the Phoenix energy against him, he will absorb it and instead takes her through another portal!

In Phoenix Song: Echo #2, the main driving force is trying to figure out if Rivers is an ally to Maya or not. And the reader gets this inside information that makes us distrustful. Maya distrust Rivers because that is the kind of person she is. Suddenly, her paranoia becomes something we root for because I, the reader, knows the truth. This feels like a slippery slope for the creative team and this issue did not convince me that they could do this successfully. They haven’t overstepped this delicate storyline, but it doesn’t feel solidified. Maybe it is because we have a time travel storyline, and those types of storylines are hard. When you include that element, you have to devote time to it rather than putting more time to Maya and River’s relationship.

I do want to say that I really enjoyed the character design of The Adversary. He could be an amazing villain for this story arc as we learn more about him.

I really like Maya Lopez as a character. When she obtained the Phoenix, I thought it was a cool dynamic to add to the character. Phoenix Song: Echo #2 continues that story, and I am intrigued to see what happens. The creative team is making some interesting choice and I really hope it pans out. This is a 3.5 out of 5 for me. Looking forward to the next issue.

Phoenix Song: Echo #2 introduces us to a complicated storyline that has the potential to tell a great story.