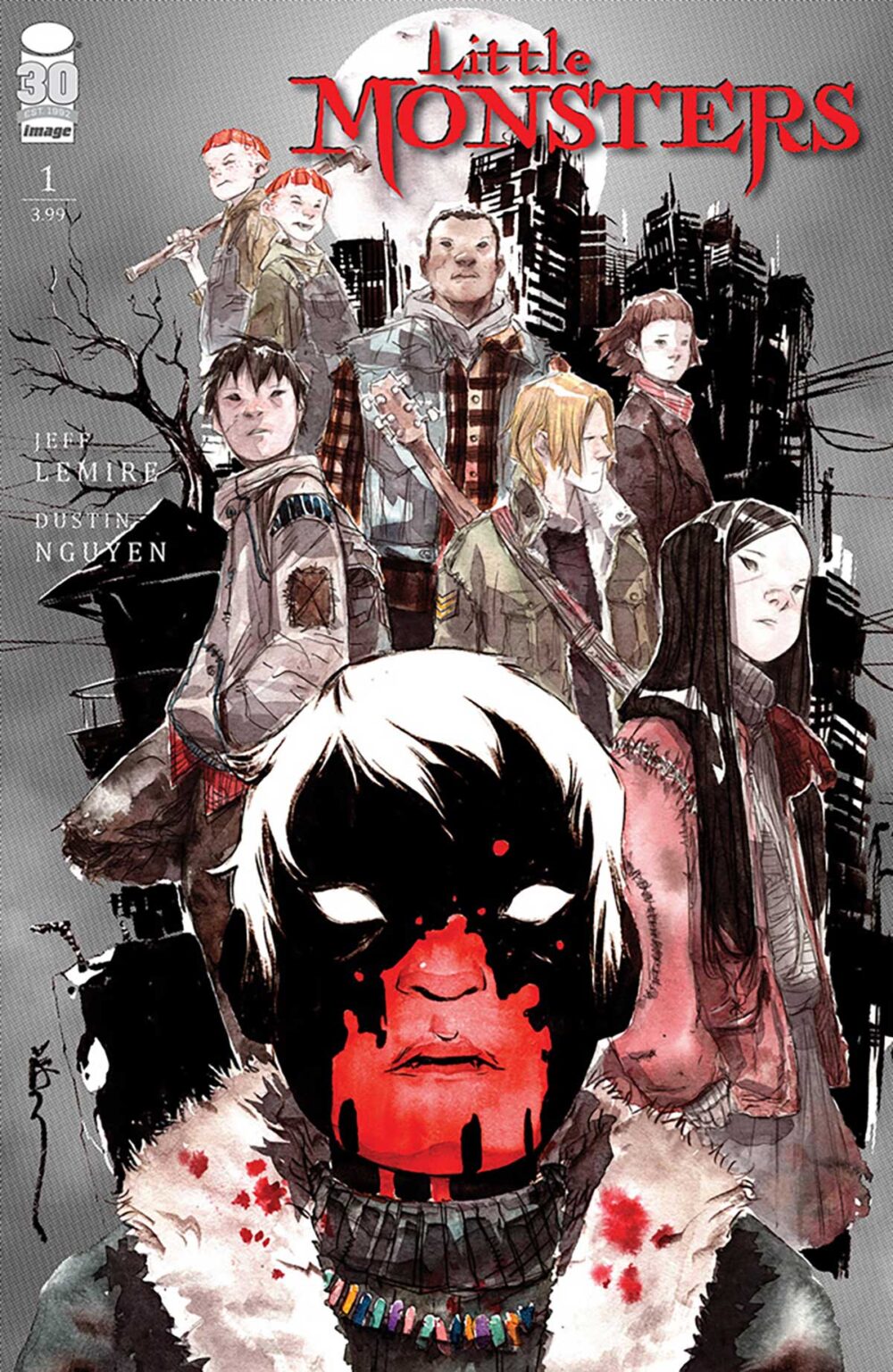 Image Comics has announced the creative team of Jeff Lemire and Dustin Nguyen are teaming for Little Monsters, a new ongoing series that kicks off in March 2022.

In Little Monsters readers follow the last children on Earth…who also happen to be vampires. For longer than they can remember, these child vampires have lived a life of eternal wonder amongst the ruins of humanity. But shocking events fracture the group and set them on a path of discovery that will shatter their innocence forever.

Little Monsters is scheduled to arrive on March 2, 2022.