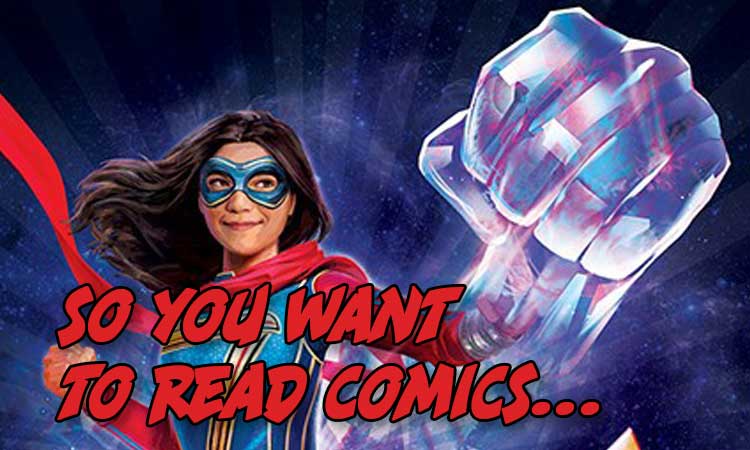 So You Want To Read Comics: MCU Show Edition Part 2

Get ready to embiggen, with “So You Want To Read Comics” our weekly feature where we take a look at a single topic, then give you two comic book recommendations, perfect for new readers, based on that topic.  This week we’re continuing our look at the announced and upcoming Marvel Disney+ shows.

One of the nice things about how the MCU has been announcing their upcoming properties, is that they give you plenty of time to get yourself caught up with not only the rest of the cinematic universe, but the source materials as well.  For example, both of the shows we’re looking at today aren’t coming out until sometime in 2022, which means (depending on when you’re reading this) you have months to not only read these recommendations, you have enough time to consume just about everything featuring these characters, if you so wish.  This is especially important considering that the characters being chosen as the focus points for these series continue to be further and further away from the well-known characters.

So let’s just get into it so you can start reading.

If you’re going to start reading a character for the first time, you might as well start at the very beginning.  Jennifer Walters AKA She-Hulk, while not as well-known as Hulk, or a lot of different characters, She-Hulk has been bouncing around the Marvel comic book continuities for decades.  She’s also influential as being one of the first characters to regularly “break the 4th wall” many years before Deadpool or Ryan Reynolds would do it (so, you know when people complain about them copying those movies you can set them straight).  In this volume you get to see how She-Hulk came to be, her earliest adventures, and it doesn’t take long to see that they really wanted to do something new while also getting a glimpse at some comic book history.  It’s unclear how many of these early stories will be used when the show comes out, but If the rest of the MCU is any indication, you can expect to see some Easter eggs and references to these origins and it’s always fun to be in on those.

Every year Marvel and DC and all the other comic book companies come up with new characters hoping to capture the attention and imagination of a new generation of readers looking for a way to get into comics.  A majority of these fail and fizzle out into the background.  Not the case with Ms. Marvel.  Debuting in 2014, Kamala Khan has quickly jumped to the forefront of the Marvel catalog of characters.  She’s appeared in multiple comics, a few videogames and now has her own Disney+ series.  So, picking this up not only gives you an inroad to Ms. Marvel’s origin and early days as a hero, it’s a great way to see one of the books that have been instrumental in defining what Marvel Comics is today.  Plus, as this character has over 5 years of stories under her belt, there’s a lot of material for the showrunners to pull from, my bet though is that this is the volume that’s going to be the primary inspiration, but don’t take that risk, read them all. They’re great.

Did you check out any of these recommendations and if so what did you think?  How have you enjoyed “Phase 4” of the MCU so far? Let us know in the comment section below.