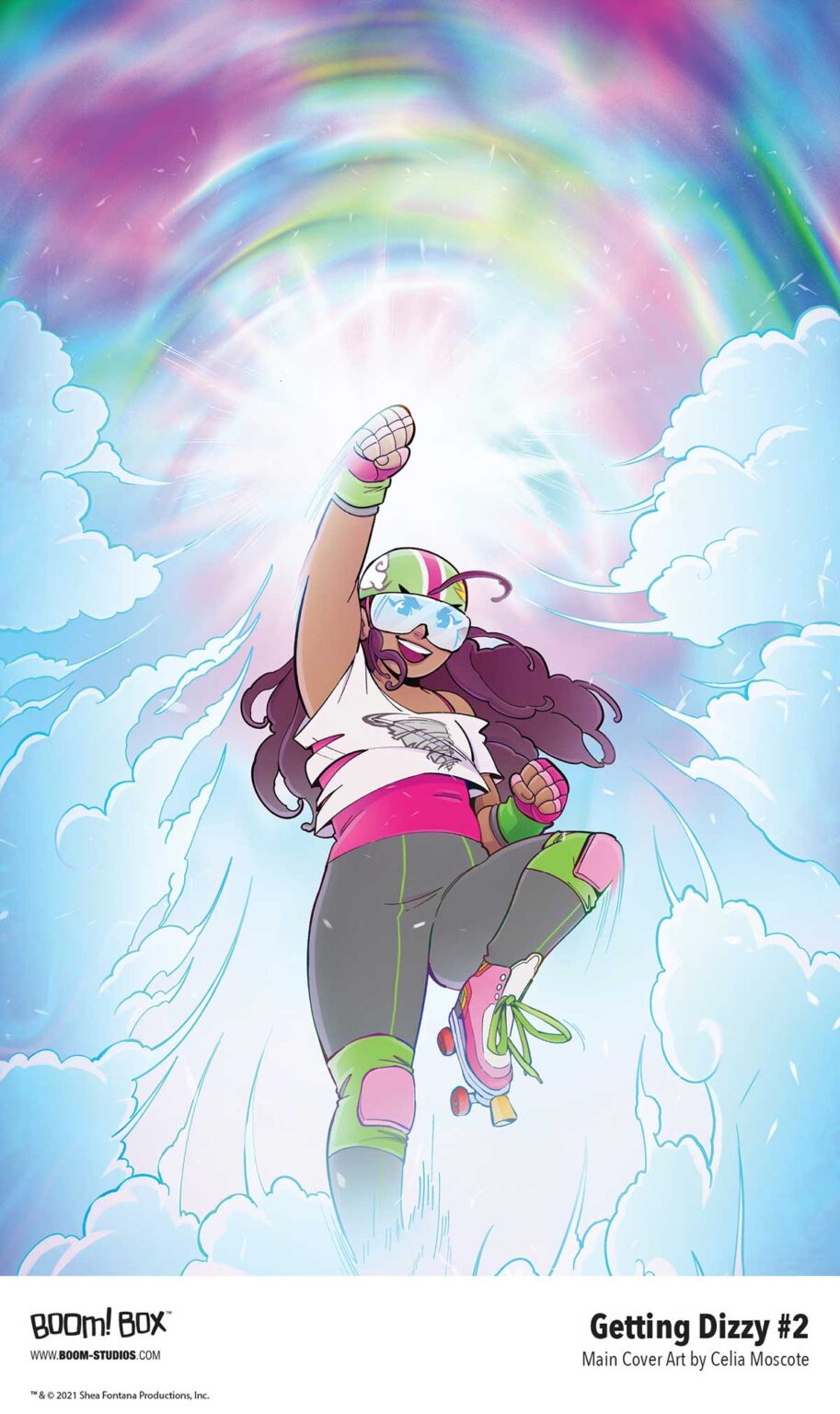 BOOM! Studios has released an early look at Getting Dizzy #2, the latest issue from writer Shea Fontana, and artist Celia Moscote.

Dizzy joins with Chipper and The Rollers to master her new powers as the ‘Burb Defender—or rather, learn not to crash every time she puts on her skates. Even in a negative funk the next day after seeing footage of her sub-par skating skills, Dizzy notices Scarlett, a sweet, talented member of the Rollers, acting incredibly mean. It turns out that Scarlett has been infected by a Negatrix! Dizzy and her friends devise a plan to free Scarlett from the Negatrix influence, but are the Negatrixes only scared off…and still out there somewhere?