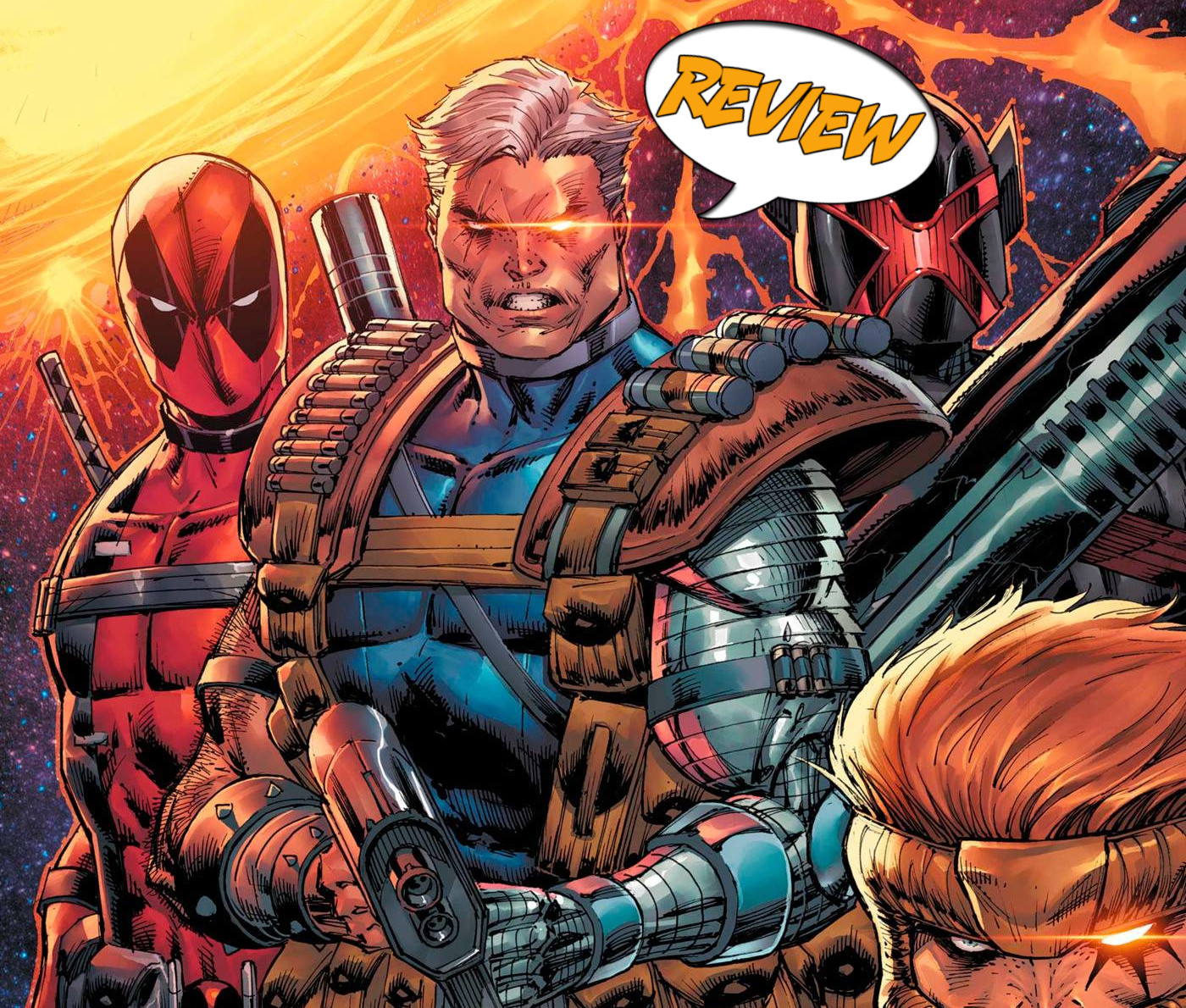 Cable decides to bring back multiple X-Force teams to go after his clone Stryfe! Check out the chaos in X-Force: Killshot Anniversary Special #1 by Marvel Comics!

Previously in X-Force: Stryfe is a clone of Cable that was created in case Cable couldn’t overcome his technovirus. When Cable survived, Stryfe hated him and unleashed hell on earth. Cable must now finally put an end to him.

X-Force: Killshot Anniversary Special #1 starts with Cable assembling a team. This team brings together multiple versions of X-Force from different timelines. This includes multiple versions of Cable, Major X, Domino, and many others. Our huge team begins to fight Stryfe’s minions and the Mutant Liberation Front. During the fight, Major X and Reaper square off but one of the versions of Deadpool betrays the X-Force and fights Major X. However, Major X comes out victorious and kills Reaper. As one version of Cable, Old Man Cable, and Major X converge on Stryfe as Stryfe sends Zero to activate his doomsday device. The trio is able to kill Stryfe, and Major X must use his techno-virus to stop Zero from destroying the world. Though Deadpool tries to warn them not to do this, Major X is victorious. Suddenly, another version of X-Force shows up and a mysterious entity comes in to take the bodies of Stryfe and Zero!

TOO MANY THINGS GOING ON

When I read X-Force: Killshot Anniversary Special #1, I couldn’t help but think of a Power Ranger Special where they bring multiple teams together. And much like those specials, there is way too much to keep track of. Which Shatterstar am I looking at? Which Cable is the main character of this storyline? My brain was working overtime to keep track of everything. So much so that I found it difficult to keep track of the plot in my multiple read throughs of the story. Which is unfortunate because I think the storyline of Cable vs Stryfe has a ton of potential. So, the question arises, why are we introducing so many characters here? What purpose does it serve? Because at the moment it just feels like fan service to try and hit a nostalgia feel, which I don’t think was very successful.

I enjoy Cable stories and X-Force has an interesting premise. I struggle when time-travel storylines get out of control and X-Force: Killshot Anniversary Special #1 took on more than it could chew. If they scaled back the number of characters, you could keep the same heart of multiple teams coming together but allowing more room to focus on the plot. I wouldn’t pick this up if you are new to the X-Force franchise but could be fun if you like these characters. 3 out of 5 from me.

X-Force: Killshot Anniversary Special #1 has a great premise and plot that is overshadowed by the amount of characters that were included.