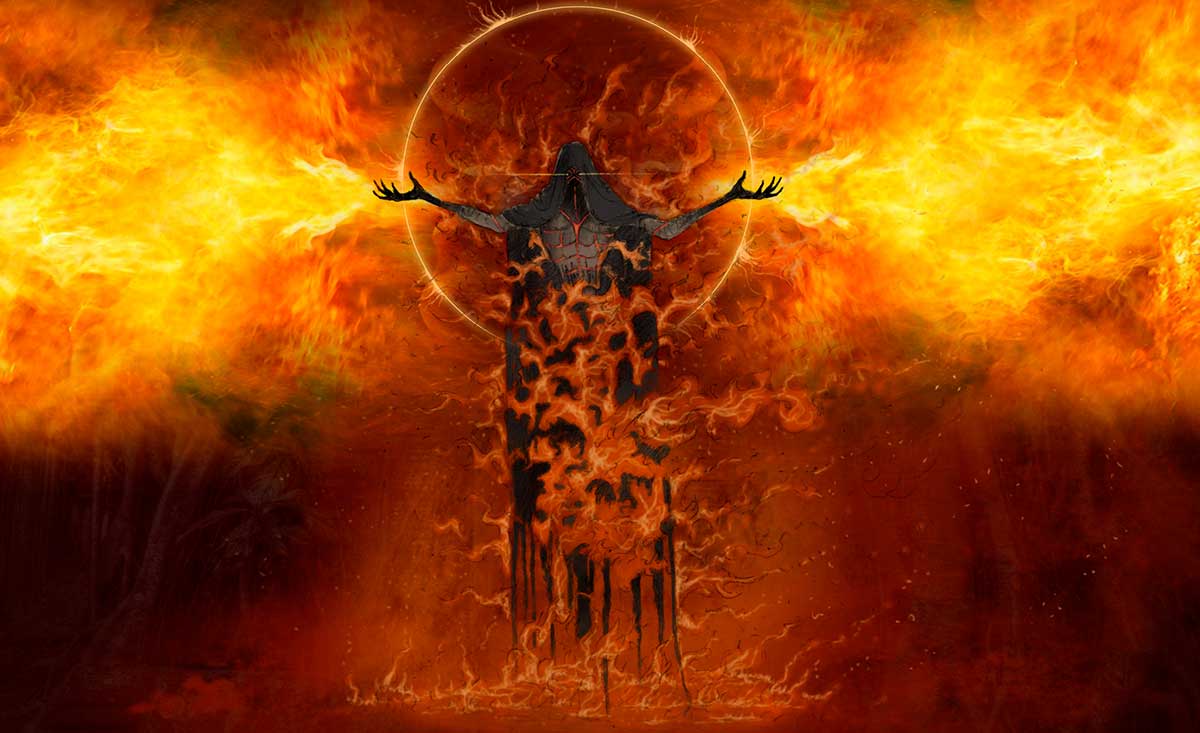 Valiant Entertainment has revealed the latest Big Bad to torment its heroes in the pages of Eternal Warrior: Scorched Earth.

A hero is only as heroic as their greatest villain, and Gilad Anni-Padda has lived, died and lived again through almost every threat imaginable as the ETERNAL WARRIOR. Nothing could prepare him for RAZE, though.

Born of lava and hellish flame, the ancient fire deity Raze is an uncontrollable threat to Mother Earth, causing massive destruction and leaving only death in his wake.

Centuries ago, Mount Vesuvius tragically erupted and created mass devastation, laying waste to the great city of Pompeii and killing thousands. Gilad knew this to be the work of an ancient fire deity and stepped in as the Fist and Steel of Earth to imprison Raze for good.

Or so he thought…

As mysterious fires begin causing havoc all over the world, this generation’s GEOMANCER, Tama, tries to live up to her responsibilities of defending Earth while Gilad ventures off to confront his past. But they will soon discover they need each other now more than ever.

With Raze potentially freed of his imprisonment on a new path of annihilation, only the ETERNAL WARRIOR and GEOMANCER can hope to stand in his way to prevent his infernal flames from scorching the Earth.

The most interesting thing about this comic is it is a Kickstarter original graphic novel, so if you want it, you need to get over the the pledge page right now.