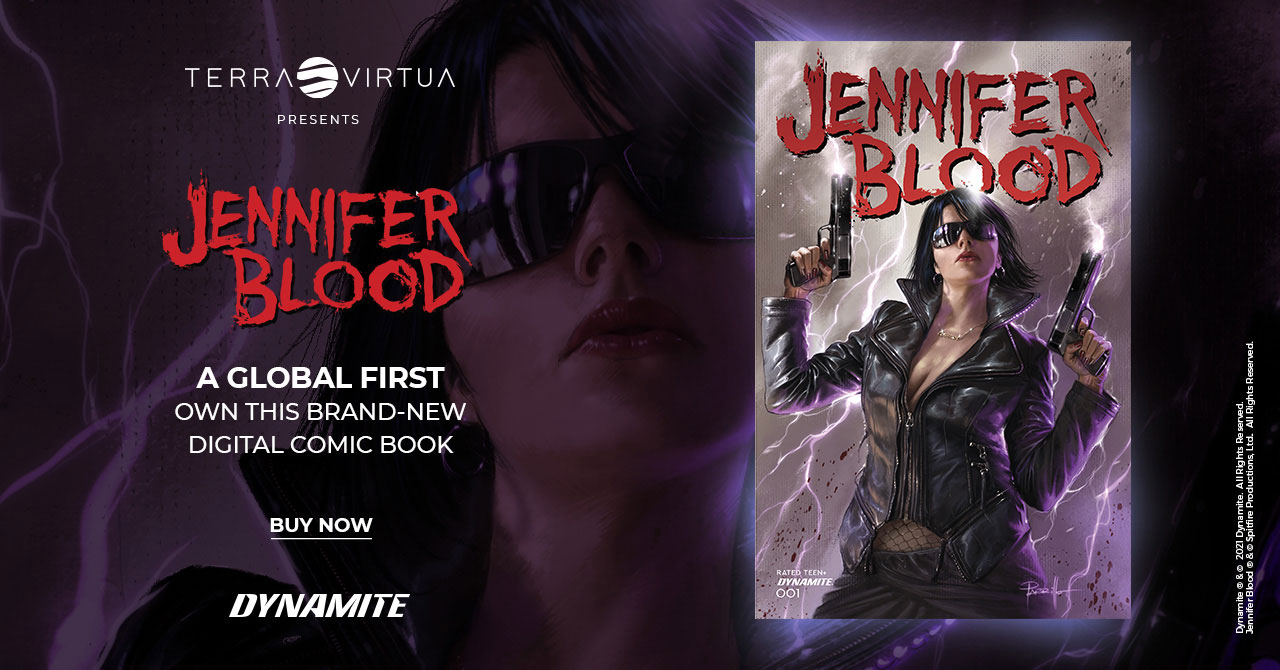 The head-hunting vigilante of Jennifer Blood makes her way to the world of NFT collectible comics today with the latest release from Terra Virtua.

Known to her friends and neighbors by day as a housewife like any other, Jennifer Blood is secretly a highly trained and heavily armed one woman wrecking crew, with the mafia and other elements of crime in her sights. Created by Garth Ennis in 2011, she’s since appeared in dozens of comics and graphic novels by a variety of creators. Now the kickoff of her latest chapter debuts on Terra Virtua as an NFT comic book. With writing from Fred Van Lente (Marvel Zombies, Hercules) and art by Vincenzo Federici, the tale takes influence from mob classics like Goodfellas. But Jennifer may have met her match in a new archnemesis…

A limited director’s cut edition of the issue features a captivating animated cover exclusive to this format. These higher level variants of Dynamite’s NFT offerings have to date been selling out rapidly, so fans interested should take a look and not miss out! 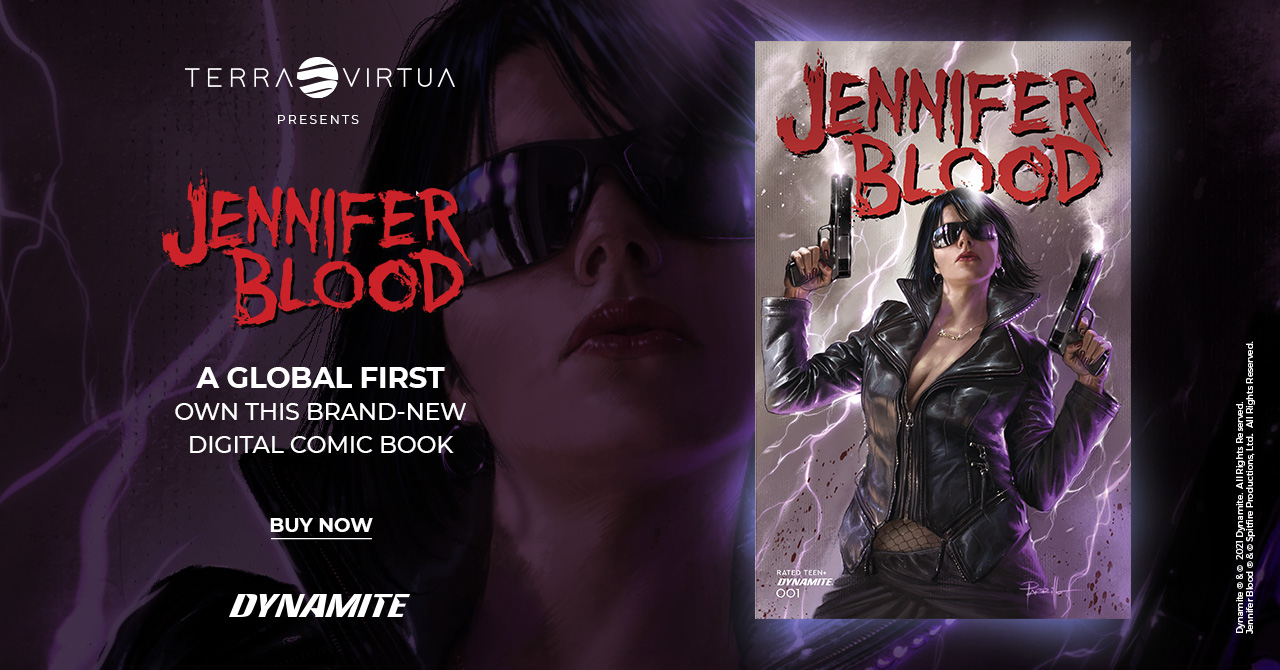