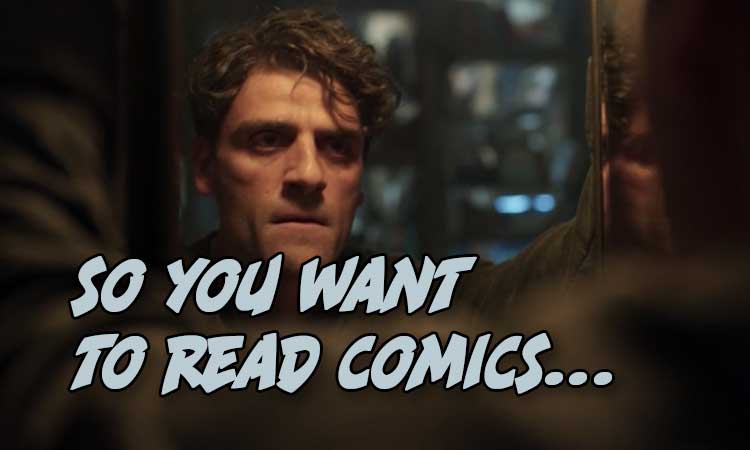 So You Want To Read Comics: MCU Shows Edition Part 1

Look to the horizon, it’s time for “So You Want To Read Comics”, our weekly feature where we take a look at a single topic, then give you two comic book recommendations, perfect for new readers, based on that topic.  This week, we’re getting you ready for the upcoming MCU Disney+ Shows.

At the time of writing this, Disney has just wrapped up their big event where they showcased all the new stuff that’s heading towards their streaming platform Disney+.  Not surprising, a good portion of these announcements revolved around the continued development of the media juggernaut that the Marvel Cinematic Universe (MCU) has become.  There’s no getting around it, the MCU is getting bigger and bigger and is going deeper into the the catalog of Marvel characters to feature in their stories, some of whom have histories going back over fifty years. So, if you happen to be one of those people who want to go into an adaptation, somewhat informed you might not know where to start.

Don’t worry, we got you covered.

HAWKEYE: MY LIFE AS A WEAPON

This one is as much of a no-brainer as there’s ever been in this feature.  Seeing as the show coming this year seems to be somewhat based on this particular graphic novel.  In fact the writer, Matt Fraction, has been reportedly involved with the development process of the show.  There’s good reason that this is the source material the showrunners went with when it came to creating the Avenger’s resident archer’s own show.  It’s damn good.  This story centers around Clint Barton aka Hawkeye, taking a hiatus from his Avengers duties and trying to set up a calm life for himself in a small apartment.  He grows attached to the residents, so when a criminal conspiracy winds up pulling the tenants in, he has no choice but to grab his bow and set things right.  What this series so great is that it adds considerable depth to a character that’s often overlooked, and it does so in imaginative ways that really utilize the comic book medium.  It also does a great job intertwining Clint’s history into the events, in order to inform the reader without huge blocks of text.  Plus, there’s an issue from the perspective of a dog, which is fun.

While Marc Spector aka Moon Knight’s profile has risen in recent years, there’s no doubt that he’s one of the more obscure characters from the Marvel vaults.  Basically designed as a Batman clone, Moon Knight has gone on to develop some let’s say, unique, characteristics of his own.  Primarily that he has dissociative personality disorder.  Basically, he has multiple personalities that come through while he’s acting as a vigilante.  In this series we see Marc being as normal as anyone has seen him in a long time.  He’s living out west and doing pretty good for himself, until he comes across a criminal plot that could threaten the whole world.  He’s then tapped by The Avengers themselves to take care of the problem, but some details about his mission soon start to become suspicious, especially the identity of who’s actually helping him.  This is a great way to get a feel for what has become Moon Knight’s defining character trait and the one most likely to be focused on in the upcoming Disney+ series.  As a bonus, the character known as Echo appears in this series, who herself also has a series in production. 2 for 1!

What did you check these recommendations out?  What Disney+ series are you most excited for?  Let us know in the comments section below.