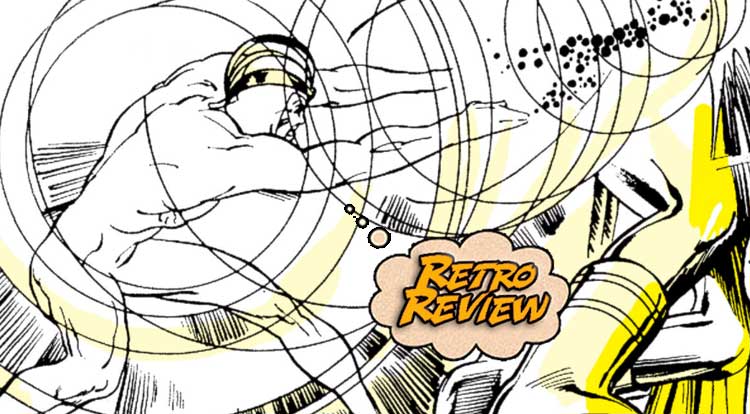 His name is Havok!  But what connection does he have to the X-Men we already know?  Your Major Spoilers Retro Review of The X-Men #58 awaits! Previously in The X-Men:  After being kidnapped by The Living Pharaoh, Cyclops’ younger brother Alex discovered that he, too, was a mutant.  His power to absorb and channel cosmic energy is much more powerful than his brother’s eye-beams, though, and led to him being stuck in a machine that channels his power to turn the Pharaoh into The Living Monolith.  After breaking free, Alex was once again captured, this time by a Sentinel, which reveals to the X-Men that the machines are once again chasing after mutants.  Then again, they probably would have figured it out after the first page of this issue… Iceman and The Beast immediately go on the defensive, but the battle quickly goes sour, as Larry Trask (son of Bolivar, the man who invented the Sentinels in the first place) announced that he has upgraded them to adapt to whatever threats they face, one of the most important parts of of what would become the classic Sentinel paradigm.  Knowing that Trask has Lorna Dane (future Polaris and Bobby’s girlfriend at this point), Iceman insists that Beast make a run for it while he holds off the robot monsters. This story is only the third X-Men work by Neal Adams, whose art was a turning point for the book on a number of levels.  His clean lines were already legendary in the industry (Neal was DC Comics’ go-to cover guy for many years, and was splitting his time between DC and Marvel at a time where neither company encouraged such a situation; Neal was the star who could get away with it) but he also took over coloring duties when he took on the book.  This gave his art additional depth and color gradations usually only seen on the covers of the 1960s.

In the deserts of Egypt, the rest of the X-Men are trying to track down the missing Alex Summers, when they get the report from Beast, causing an enraged Angel to flip out and insist that he could fly home unaided. On the plus side, Trask’s crusade against mutants in the states isn’t getting the traction he’d hoped for, but he still has Iceman and Alex in his clutches.  Only, he’s not just Alex anymore…  With the help of a special uniform to focus his energies (and the best headdress in comic book history), he has finally become…

With a single blast, Havok destroys the Sentinel that captured Iceman, but Trask still has tricks up his sleeve to take Havok down, leaving him unconscious on the floor at the beginning of one of the iconic Marvel love triangles.  Roy Thomas’ plot in this issue is fun, intricate and fast-moving, with Angel being taken in by Sentinels after making it home to New York, while Trask sticks his captive mutants in stasis tubes and ordering his Sentinels to destroy all the others they can find.  That’s when his dad’s old friend, Judge Chalmers, finally makes the only move he has left. It turns out to be the wrong move, as ripping off his amulet lets the Sentinels recognize that Larry is himself… a mutant!  The X-Men #58 is a middle chapter of an ongoing saga that revitalized the X-Men for a brief moment (though not enough to keep them from going all-reprint in a few issues and getting cancelled a couple of years later), setting up some of the most memorable pre-Claremont moments of X-History, earning 4.5 out of 5 stars overall.

Thomas + Adams = The reason that the X-Men ever lasted long enough for Claremont to revive them. It's a gorgeous visual treat with a fun story, making Bronze Age comic history.