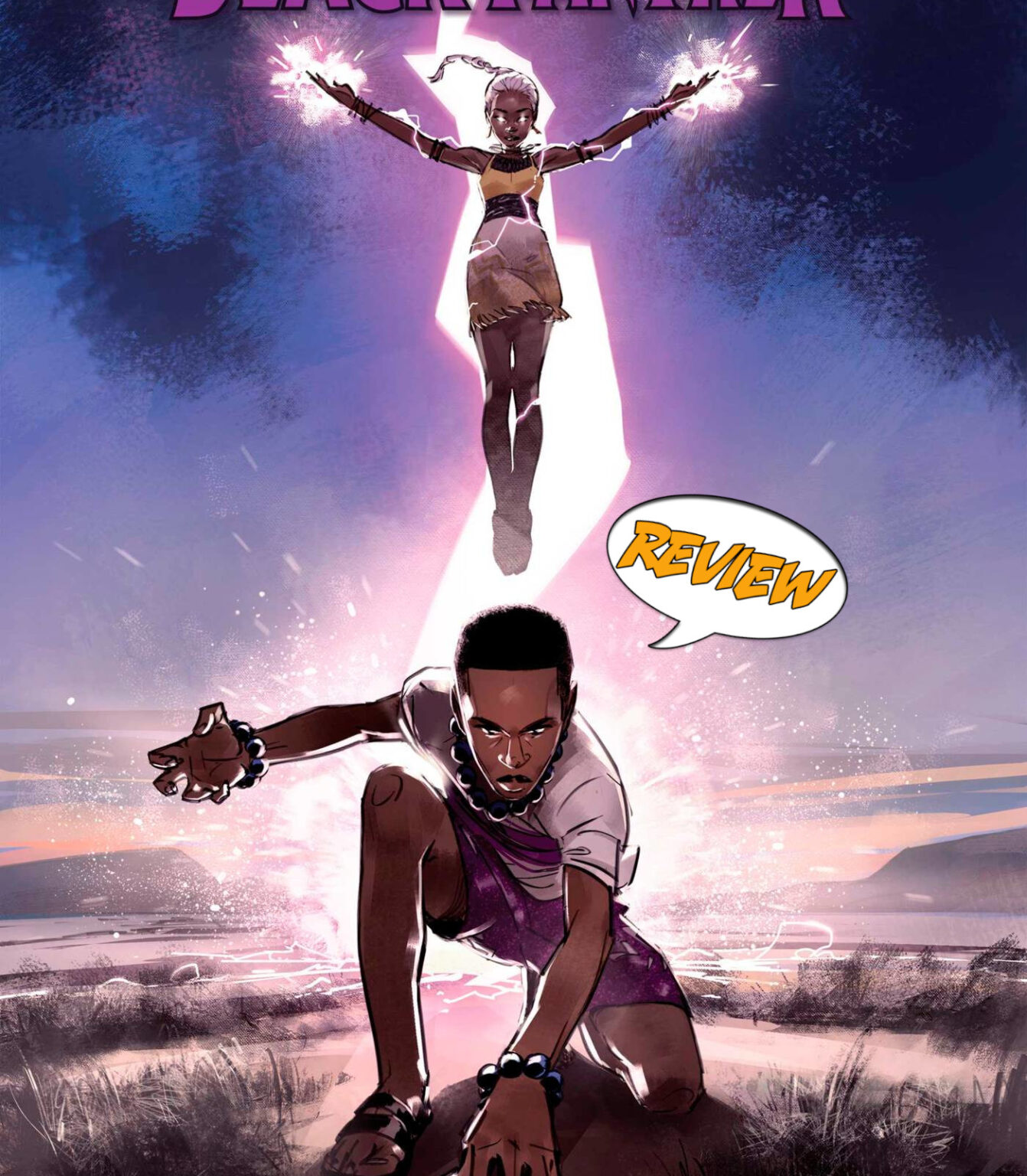 Follow T’Challa as he deals with the loss of his father! Wandering the Serengeti, he finds himself face to face with Storm! Find out more in Black Panther Legends #2 by Marvel Comics!

Previously in Black Panther: T’Challa grew up with his adopted brother Hunter. Together, they were a great team that worked well together. However, that changes when Ulysses Klaw tries to get vibranium from Wakanda and kills T’Challa’s father.

Black Panther Legends #2 begins with T’Challa grieving over his father. He expresses that grief by leaving Wakanda to travel and learn. One night, a group of people stole his spear and when he pursued them, he fell into their trap. However, he is a skilled fighter and was able to fight them off, but it didn’t stop someone from interfering. A young Storm appears and uses her mutant ability to help T’Challa. Over the next few months, T’Challa helps Storm repair a small town and they grow closer as friends. However, Storm must leave to her ancestral home in Kenya and T’Challa gets a call from Shuri about troubles back home. Storm and T’Challa say their goodbye and T’challa gives her his spear as a token of friendship. He then heads back to Wakanda to stop Hunter who is now the White Wolf.

Black Panther Legends #2 explores the relationship between Storm and T’Challa. I wonder if each comic is going to explore a different character since issue #1 talked about T’Challa’s relationship to Hunter. Which is kind of an exciting premise for a well-known origin story. Instead of focusing on the plot we focus on character dynamics which tells a better story. Now that we have met Storm and saw the introduction to that relationship, I’m excited to return to Wakanda to see how Hunter became the White Wolf.

I really enjoyed the first issue of Black Panther Legends. Black Panther Legends #2 continues to be a solid comic. My main concern is that this comic isn’t going to be rememberable. There isn’t a lot to talk about except for the relationship between Storm and T’Challa. And in truth, people familiar with the modern comics knows how that relationship ends. Perhaps that is what is difficult with retellings of familiar stories. There aren’t very many new things to explore. Regardless, this is a 3.5 out of 5 from me and I’m looking forward to the next issue.

Black Panther Legends #2 really explores the origins of Storm and T'Challa's relationship in a cool/unique way.