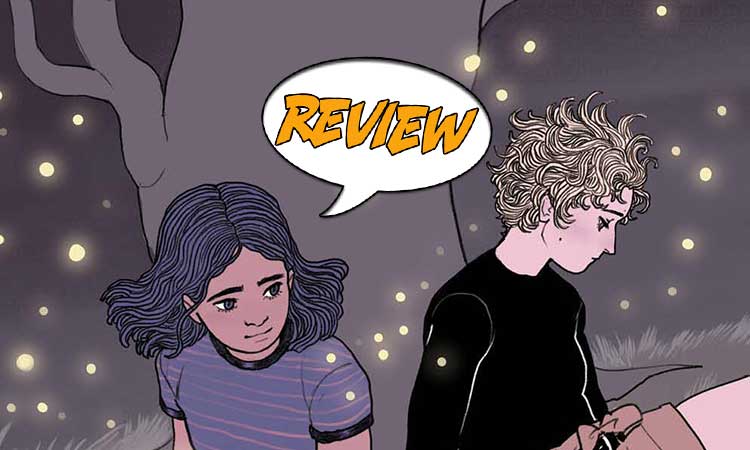 Mamo’s trap is sprung and there is no way Orla can put her to rest and resume her life on the road. Can her friendship with Jo stand through this, and will it make a difference? Find out in Mamo #5 from BOOM! Studios.

Previously in Mamo: Orla suddenly realizes that finding and burying Mamo’s bones may help Haresden, but it has led her into a trap. Orla has never wanted to stay in Haresden but now may have no choice. She sets off to find the last of the bones leaving Jo behind. Jo starts to head home, but Carractus finds her. He knows some things about witches and tells her about how Orla is bound to the town. He also reminds her of the amulet she wears. Jo recognizes that this is the last bone and decides to find Orla. The witch is in the olive grove. She talks to Mamo and before long, the spirit of her grandmother appears. She mocks her for wanting to be Jo’s friend and exults in her trap catching her.

Mamo #5 opens just as Jo reaches the olive grove where Orla is trapped. Orla tells her to go, but Jo shows her that the amulet is the anchor bone. Orla also suddenly realizes that when Mamo gave her the amulet, it was deliberately one of her own finger bones, so she had set her trap very early on. Orla was hoping she could complete the last gravesite from outside the borders of Haresden and cut herself free. Now she realizes that if leaves the anchor bone behind, she will lose all her magic. But if she stays, her own magic will pull her apart anyway.

But Jo has been perceptive all along. Orla gave the anchor bone to her, and she never returned it. What if Jo buried it herself? Orla realizes she is right but warns her that then she would be the one trapped here. But Jo does not have the restless spirit that Orla does. She has always loved Haresden and never wanted to leave. Orla explains that being the witch, holding the balance, is work.

There is not much time, and Mamo is getting restless. Orla instructs Jo on what to do with the bone while she holds off Mamo’s moths that threaten to overwhelm them. They fly around in a frenzied flurry, and suddenly it is over. Mamo is gone, and two very tired young ladies are left in the olive grove.

Jo may be a witch, but she doesn’t feel any different. Orla tells her it will creep up on her. But Mamo is at rest and the boundary is strong again. Things should settle down. She also confesses that despite hating her, she also loved her grandmother. They part and Jo heads for home, where she finds her own mother awake and alert, starting to feel better already.

There is more to the story than that, and there is a charming ending. Orla passes the reins of being the Witch of Haresden over to Jo, and Jo really realizes what this means. But she loves her small town, and that will make a lot of difference. It’s a wonderful story, and everything that happens was set up skillfully so that when things happen, they make perfect sense.

FROM OLIVE GROVE TO SHORELINE

The art of Mamo #5 has a lot of flow in it. Mamo’s residual magic meets Orla’s magic, but it is out in nature where the wind blows. As such, beyond what the characters are doing, there is a sense of power moving and shifting among the characters. Mamo’s moths seem almost overwhelming at time, particularly when coupled with Mamo’s words that only Orla can hear. There’s a strong sense of tension as well when we see that Orla is bitterly reconciled to her fate of being tied to Haresden. This is balanced by Jo’s calm when she quite sensibly realizes there may be another way.

While the magic may seem thrilling, I appreciated that the story let us see the aftermath and the beginning of the healing of Haresden. Joanna coming home and being able to talk with her mother reflects that this is a rite of passage for her. She is growing up and changing, and her life will never be the same.

Mamo #5 is a lovely book and a satisfying end to the story. The world-building is strong, and the characters are just complicated enough to be interesting and human. The art complements the writing and brings the whole thing to life.

Playing the long game, Mamo threatens to catch Orla for good in her trap.