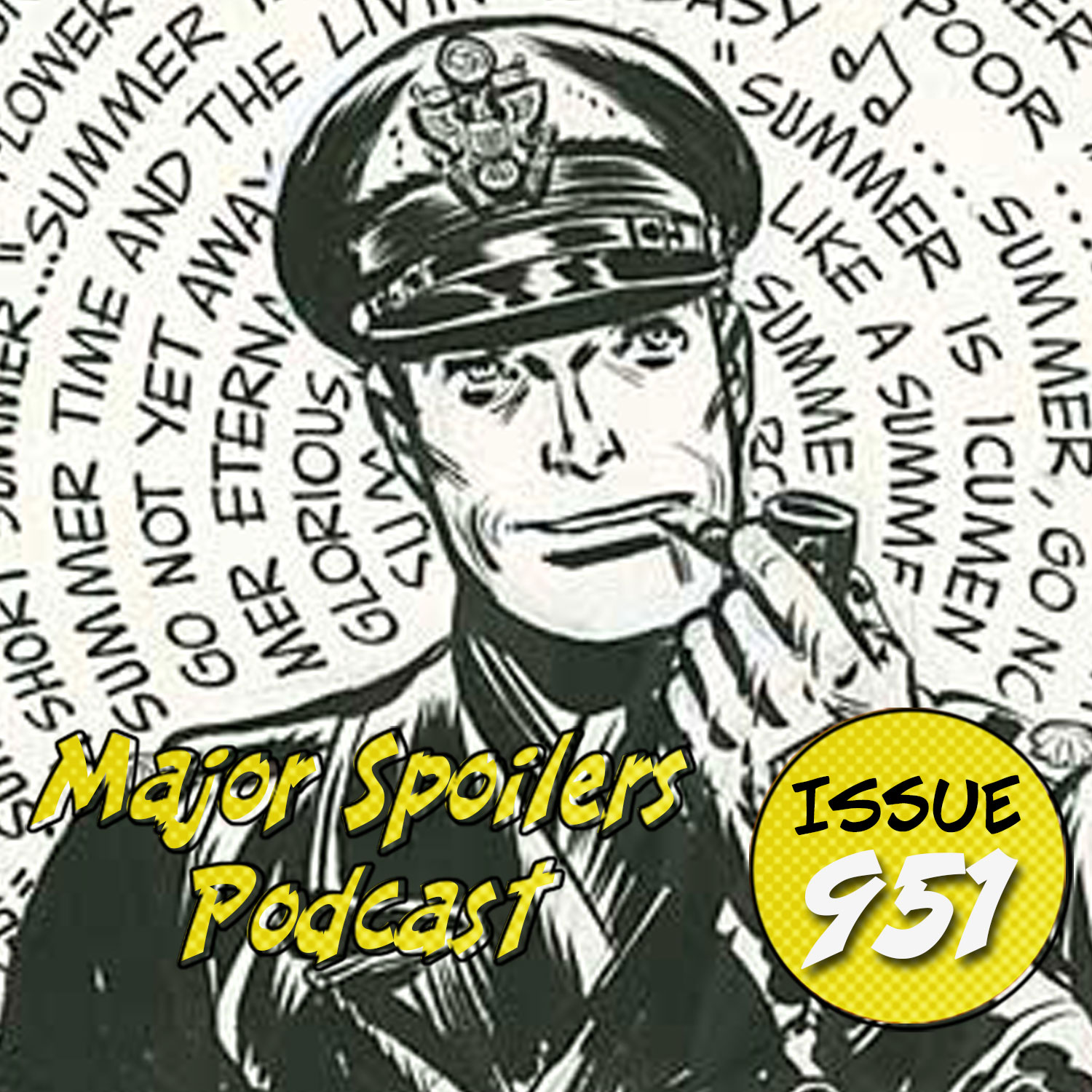 Major Spoilers Podcast #951: The One With Steve Canyon

Let’s travel back to the early days of yesteryear as we explore the world of Steve Canyon! No, Really! We also discuss some movie news, and review Chilling Adventures in Sorcery #1 from Archie Comics, The Magic Order 2 #1, and Purgatori #2, just for you!

Marvel’s ” Eternals” achieved global domination at the box office. The latest entry in the MCU picked up $90.7 million internationally, which pushes its global total to a lordly $161.7 million. The film opened in several major markets, picking up $14.4 million in South Korea, $7.1 million in the United Kingdom, $6.7 million in France, $5.7 million in Mexico, $5 million in Australia and $4.6 million in Italy.

‘No Time to Die’ Will Be Available to Rent Next Week in the U.S.

” No Time to Die,” the latest entry in the James Bond series, will be available to rent for $19.99 on digital platforms in the U.S. starting on Tuesday. An MGM representative confirmed the news to Variety. The 007 blockbuster will be available on all major platforms, including Amazon, Apple, Xfinity, DirecTV, Spectrum and Vudu.

Marvel Studios’ ” Black Panther: Wakanda Forever” will temporarily shut down production while actor Letitia Wright recovers from an on-set injury she suffered in August, Variety has confirmed. Production will pause starting the week of Thanksgiving and start back up in early 2022.

Stranger Things fans may still have to do some waiting before Season 4 of the popular supernatural series lands at Netflix, but the streamer provided a welcome update on its premiere date. During its Stranger Things Day event on Saturday, Netflix revealed that the series starring Millie Bobby Brown, Finn Wolfhard, Gaten Matarazzo, Caleb McLaughlin and Noah Schnapp will make its debut in Summer 2022.

STEPHEN
CHILLING ADVENTURES IN SORCERY #1
Writer: Amy Chu, Eliot Rahal, Evan Stanley
Artist: Derek Charm, Vincenzo Federici, Matt Herms, Pat Kennedy, Tim Kennedy
Publisher: Archie Comics
Cover Price: $3.99
Release Date: November 3, 2021
THE FUTURE OF ARCHIE COMICS STARTS HERE IN AN ALL-NEW ANTHOLOGY-STYLE ONE-SHOT!
Madam Satan is our tour guide into this horrific world exploring the underbelly of Riverdale and its surrounding areas! Madam Satan is trying to escape Hell. She goes through the circles of Hell in reverse. Along the way she meets lost/tortured souls who tell their stories—like that of Archie Andrews, who accepted a seemingly normal job as the nighttime security shift at Riverdale’s local pizzeria and children’s mascot entertainment venue. Only to learn that the venue harbors a deep, dark, robotic, monstrous secret! And then there’s Jughead Jones, a teen who never met a food he didn’t like. Until now. What is that eerie noise coming from the kitchen…? All that plus more bonus frightful content sure to delight all Archie horror fans!

A magical turf war like you’ve never seen before! The London chapter of the Magic Order has entered the scene, and these tough Guy Ritchie-style gangsters have a problem with the Eastern European Warlocks moving into their territory. Can new leader Cordelia Moonstone keep the peace?

You can purchase this issue via the comiXology/Amazon affiliate link (https://amzn.to/3D5C7P4)
RODRIGO
PURGATORI #2
Writer: Ray Fawkes
Artist: Alvaro Sarraseca
Publisher: DYNAMITE
Cover Price: $3.99
Release Date: November 17, 2021
Purgatori! She’s the girl with the great horns and the biggest body count. Now she’s fighting battles inside and out — monsters trying to kill her in the trackless forests of Europe, and witches trying to take control of her one-track mind. And through it all, one central question nags her over and over – How the hell did she end up in Norway?! She’d better figure things out, or someone’s gonna get gored in the fjord.

You can purchase this issue via the comiXology affiliate link (comixology.sjv.io/0Jydx3)

STEVE CANYON VOLUME 4: 1953 – 1954
Writer: Milton Caniff
Artist: Milton Canniff
Publisher: IDW Publishing
Cover Price: $75.00
Release Date: April 1, 2014
The fourth volume of The Complete Steve Canyon opens with Steve as the newly-minted Light Colonel bringing the jet age to the town of Indian Cape — and the natives are after an old friend’s scalp! Can Steve and new sidekick Pipper the Piper find a way to still an entire town’s wrath? Canyon encounters old friends throughout 1953 and into 1954: Princess Snowflower, the irascible Dogie Hogan, and the leader of a band of Hooligans on horseback. Of course, there are girls, girls, girls — Herself Muldoon, Summer Olson, plus Miss Mizzou, still wearing that trenchcoat! Then Steve looks up the Indexes, and the sparks really start to fly near the top of the world!