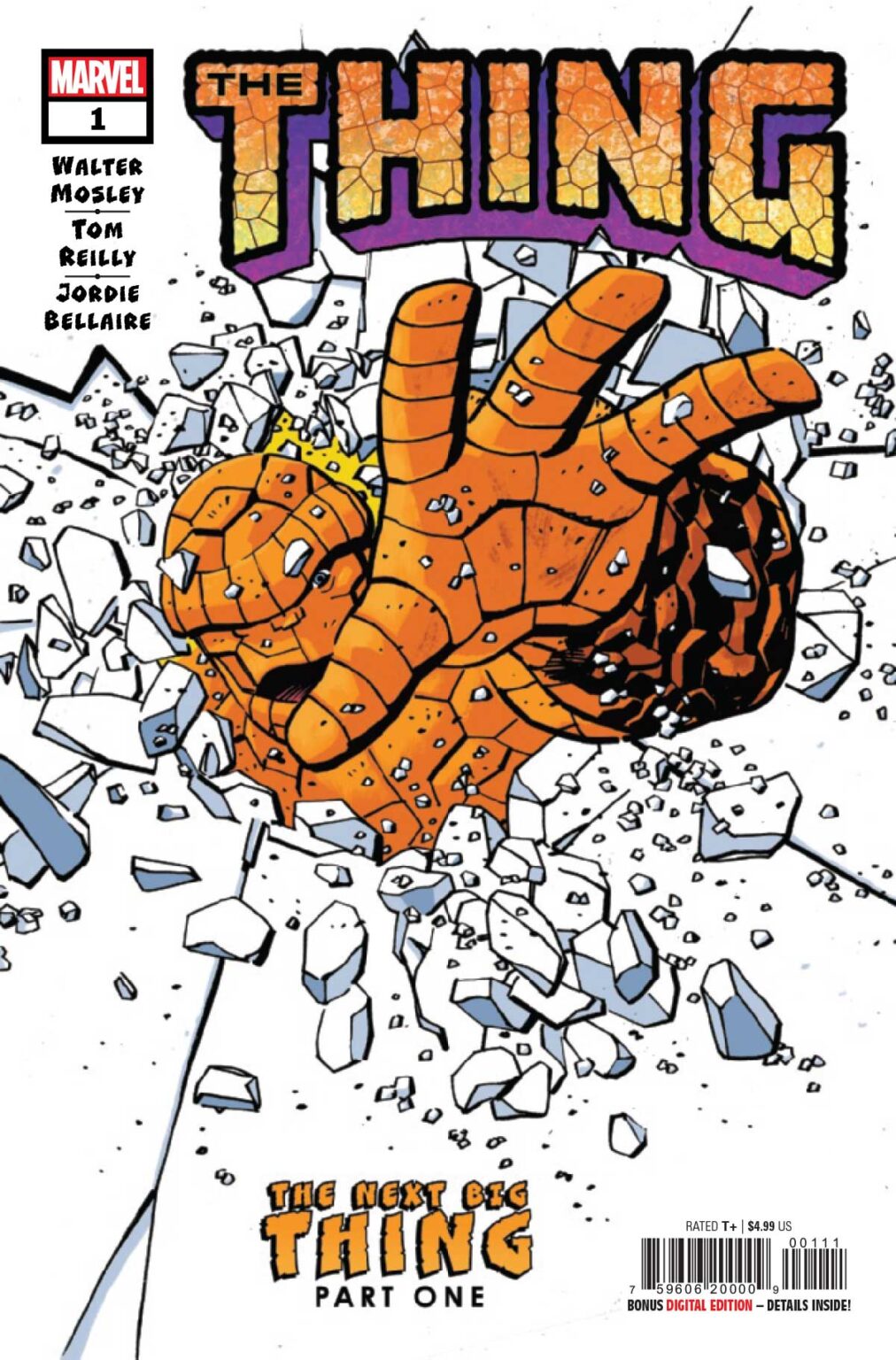 THE THING #1 (OF 6)
WALTER MOSLEY (W) • TOM REILLY (A/C)
VARIANT COVER BY LEE BERMEJO
VARIANT COVER BY SUPERLOG
HEADSHOT VARIANT COVER BY TODD NAUCK
THE NEXT BIG THING Begins Here!
Renowned storyteller Walter Mosley brings his signature style to a sweeping saga of Yancy Street’s favorite son that will range from the urban sprawl of the back alleys of Manhattan to the farthest reaches of the cosmos itself! A lonely evening and a chance encounter (or is it?) sends Ben Grimm embarking on a sojourn that will have him encountering – and battling – figures both old and new. Featuring guest appearances from figures drawn from throughout the Marvel Universe as well as precision artwork by Tom Reilly, THE NEXT BIG THING will remind audiences why the Thing is one of the most popular and beloved characters in the history of comics!
40 PGS./Rated T …$4.99