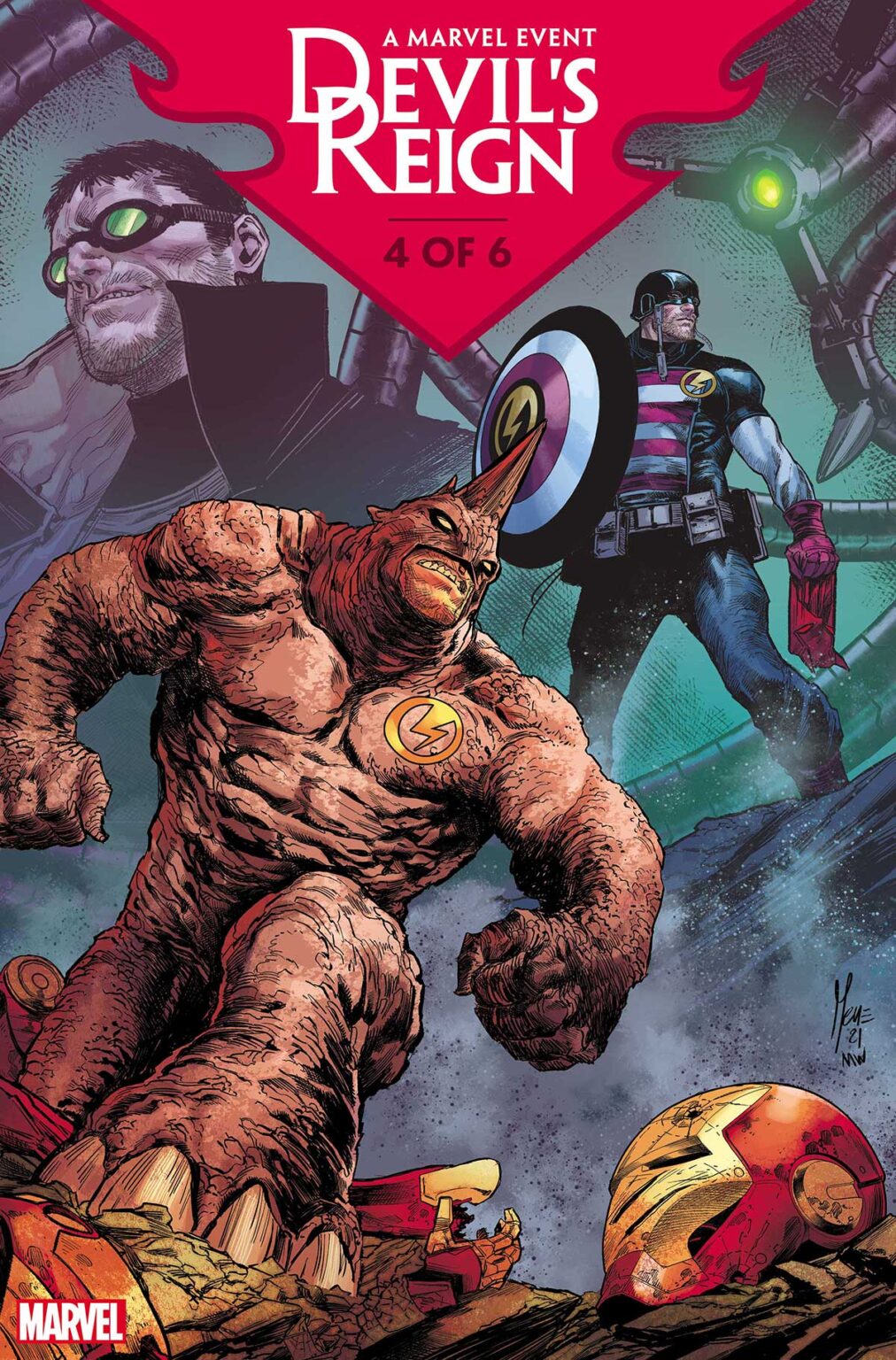 Wilson Fisk is ready to take down all the heroes in the upcoming Devil’s Reign series that begins in December. Today, we know even more about the tie-in issues from Marvel Comics.

In DEVIL’S REIGN #4, New York is under siege and Wilson Fisk has broken! Whatever shred of decency that may have been left of him is gone entirely and now, with an army of super villains at his command, Kingpin has set his gaze upon everyone the heroes of the Marvel Universe hold dear — but even the Kingpin is unaware of the magnitude of danger he has put the city, its citizens and even himself with his war against the city’s super heroes!

Here is a rundown of the other books coming our way in February 2022.

DAREDEVIL: WOMAN WITHOUT FEAR #2: Chip Zdarsky continues his redefining work on Elektra alongside artist Rafael De Latorre in DAREDEVIL: WOMAN WITHOUT FEAR #2 which will see Elektra pitted against one of Marvel’s most savage villains. She’s the greatest assassin in the Marvel Universe — but having recently taken up the mantle of Daredevil, she’s taken a vow to never take a life again. But that vow is about to be put to the ultimate test, as Kraven the Hunter has her dead in his sights…and, unlike Elektra, he has no reservations about killing. If anything, he likes it when his prey struggles. At least, he thinks he does.

DEVIL’S REIGN: X-MEN #2: Writer Gerry Duggan and artist Phil Noto continue to reveal Emma Frost’s deadliest secrets in DEVIL’S REIGN: X-MEN #2. Turns out attending Hellfire Club soirees was not the naughtiest thing the White Queen was up to in the time before she joined the X-Men… And the dirty deeds she did for Wilson Fisk are coming back to haunt her.

DEVIL’S REIGN: SUPERIOR FOUR #2: Otto Octavius irrevocably alters the multiverse in Zac Thompson and Davide Tinto’s DEVIL’S REIGN: SUPERIOR FOUR #2. Now he must do everything he can to undo a paradox of his own creation before it undoes him. As Otto’s relentless assault on reality continues, the other Ottos grow weary of their reckless leader. Can the Superior Four set aside their egos to work together, or will they be lost to the multiverse forever?

LUKE CAGE: CITY OF FIRE #3: It’s a fight for the very soul of the city in Ho Che Anderson and Sean Damien Hill’s LUKE CAGE: CITY OF FIRE #3. As the city burns, the Regulators set their sights on an innocent child who’s unwittingly holding critical information. Luke Cage races to get to the girl first, which brings him face to face with Jo Rockhead, the lethal leader of the Regulators who has the power to turn people to stone. But when Luke finds out he and Rockhead have something in common, will his resolve waver?