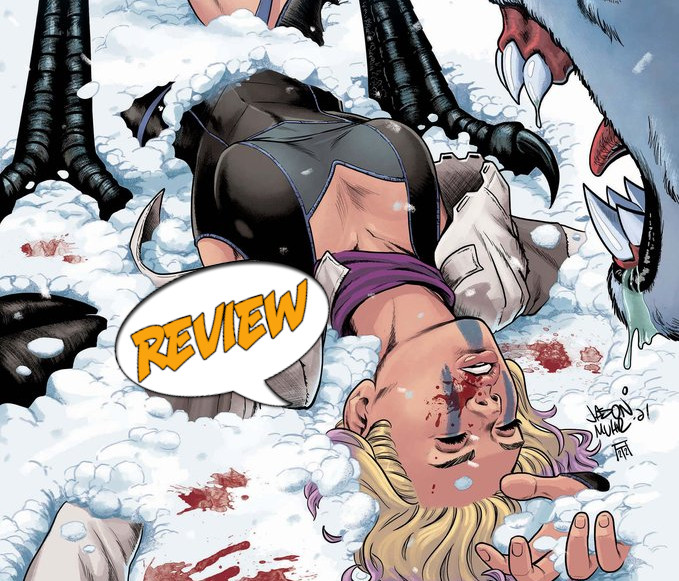 By the Horns #7 Review

Come check out the penultimate chapter of Elodie’s first story arc! Will Elodie be able to defeat another evil wizard? Find out in By the Horn #7 by Scout Comics! Previously in By the Horns: Elodie has been on a quest of revenge after a herd of unicorn killed her husband. On her adventure, she found herself teaming up with two unicorns to stop wizards who are abusing their power. Now she travels the northern tundra to face the sorceress Feng Po before she steals all the magic on the continent!

TO THE BITTER END

By the Horns #7 beings with Feng Po obliterating the world of magic and talking to the unicorn, Rigby. Meanwhile, Elodie, Sajen, Evelyn, and Zoso arrive in the small artic village of Aseitas where their reputation arrived before they did. And luckily, the villagers are here to help the heroes who took out two wind wizards. After rearming the crew, they continue their journey to defeat Feng Po. Suddenly, they are ambushed. After a fierce fight, they learn that these attackers were people who wanted to get rid of magic. The battle finished, they arrive at Feng Po’s doorstep.

Meanwhile, Zoso is being led to the engine room and learns the truth of why Feng Po needs unicorns.

FOUR OUR LOVED ONES

I love how precarious the relationship is between Elodie and her unicorn companions. The creatures she hates may have a way to bring back her husband. By the Horns has done an excellent job characterizing their cast of characters and showing us their strength and weaknesses. In By the Horns #7, we spend a lot of time developing the plot rather than the characters but luckily, Markisan has done a great job setting up our heroes in the previous issues that we didn’t need those huge character moments to still root for the characters.

As we continue on through the series, I’m interested to see how the theme of revenge continues to evolve. Will we still see bloodthirsty Elodie if Zoso can heal her husband? I think that is the main plot point that I am excited to see in the next story arc.

I am ecstatic that By the Horns is now an ongoing series. I think there is a lot of cool things to be explored and the writing team is making good, creative decisions. By the Horns #7 is a 4.5 out of 5 from me. I don’t think this issue is new reader friendly, but the series is one of the best things to come out this year.

By the Horns #7 concludes the first story arc in a creative, intelligent way.