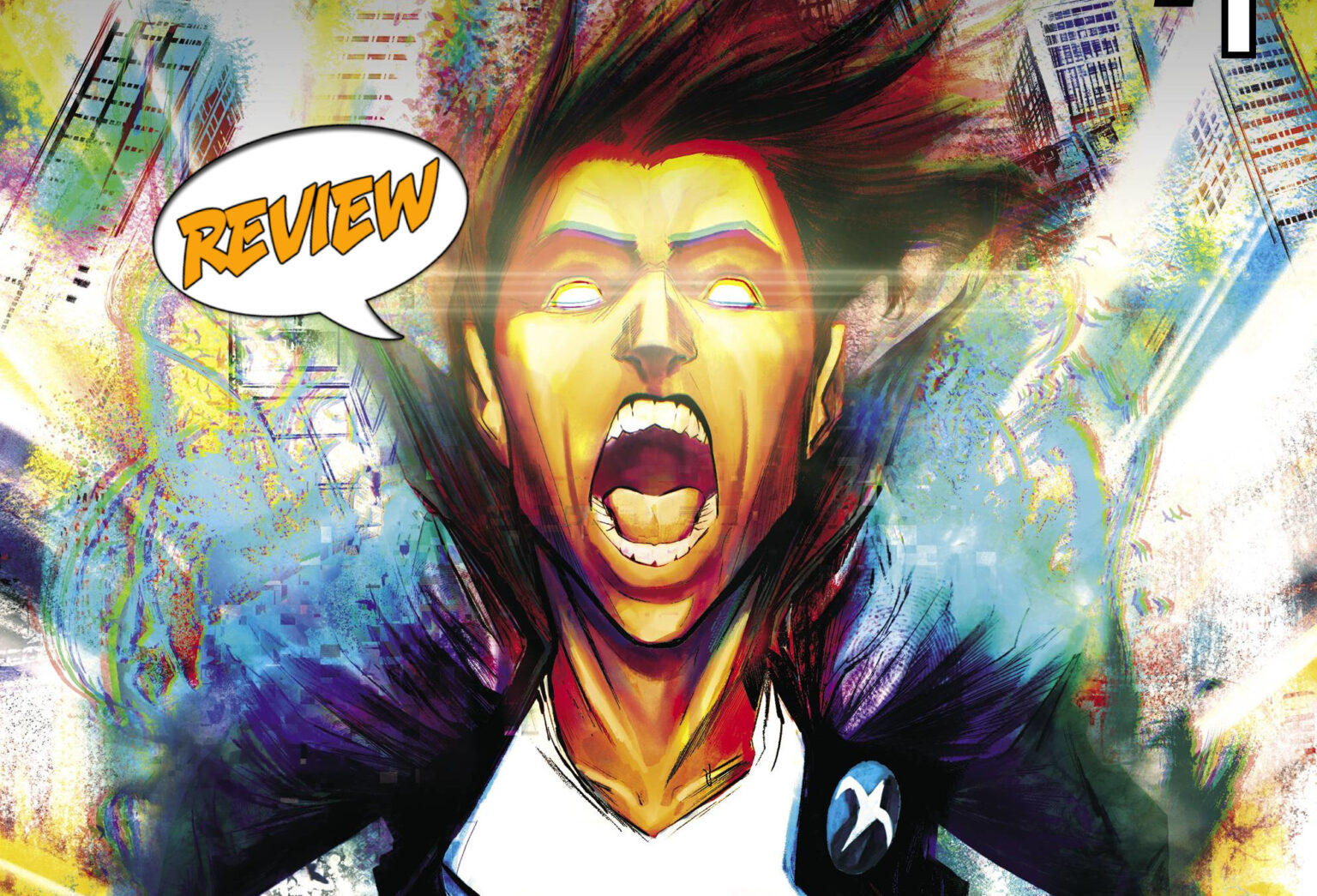 Peter Stanchek woke up with no memories and a lot of superpowers. When he tried to figure out what was going on, people treated him like a threat. Find out what is going on in Harbinger #1 by Valiant Entertainment!

Previously in The Harbinger: Valiant Entertainment brings back the series The Harbinger with brand new stories. Follow Peter Stanchek, a powerful psionic, who has lost his memories and must figure out what is going on and why people fear him!

Harbinger #1 has a steady narrative of Peter Stanchek talking to someone else and explaining his actions during the events of this comic. The other unknown person is providing commentary to whatever Peter is saying. The story starts with Peter trying to regain his sense of self but is only able to figure out his powers. By flying, jumping, and running, he is able to act on instinct to use his abilities rather that to stop and think. His actions cause him to be followed and attacked by a couple of helicopters. Peter knows he can destroy and kill these people but decides to retreat.

Taking a low profile, Peter wanders the streets until he accidentally bumps into Cici. Cici takes him out to dinner and helps fill in the gaps of his missing memories. During the meal, they are attacked by a group called “The Warning” who seem to wreak destruction and then erases memories. Peter heals Cici and takes her back home. Peter hits the streets to see if he can figure more out but instead encounters Renegade!

When I was a kid, my parents had a few boxes of comic books and I vaguely remember seeing Harbinger within. I don’t recall reading it or giving it much thought When I saw this book coming to the comic stands, I decided to give the series a shot. Harbinger #1 is an excellent jumping on point because Paul is amnesiac. Because he doesn’t remember his memories, I don’t have to know the context of the pervious series. Instead, we get to focus on this characterization and these two voices that are talking. These two voices tell us a lot about Peter’s personality, and we get a sense of how Peter thinks. This helps Peter, or Harbinger, be a solid point of view character for the series.

I’m unsure what direction the series is going to go. The story is in its early stages and there isn’t a primary theme that has come to the forefront yet. I will say though that I really enjoyed the art and the way things popped out. This series seems very promising.

Harbinger #1 has started the series with many great things. I’m excited and curious for Peter and his story. I expect people who read the initial series would find more enjoyment out of this. I’ll give this book a solid 4 out of 5 stars and I’ll be reading the next issue when it comes out.

Harbinger #1 gives us a reintroduction to Peter Stanchek in a way that is easily digestible to new readers and thrilling for people familiar to the world.