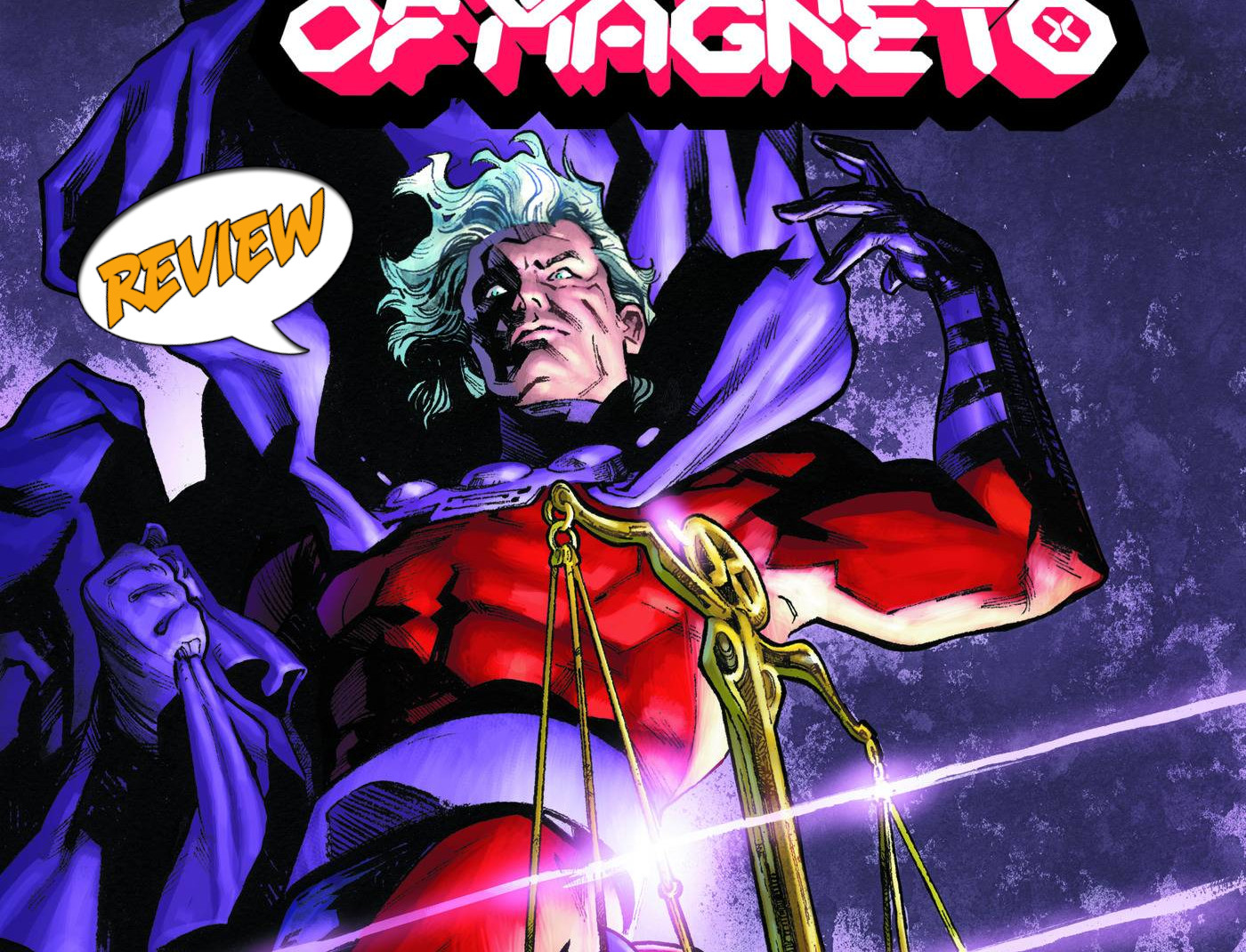 The Trial of Magneto #3 Review

Scarlet Witch was murdered! And Magneto admitted to the crime! Yet more questions arises when Wanda suddenly reappears. Find out more in The Trial of Magneto #3 (of 5) by Marvel Comics!

Previously in Trial of Magneto: During the Hellfire Gala, the Scarlet Witch was murdered, and all evidence is pointed towards Magneto. Worse yet, Magneto admits to the crime! X-Men, X-Force, and X-Factor meet with the Avengers to return the Scarlet Witch’s body back to them. Before they leave, Magneto intervenes to keep the body on Krakoa and tries to push the Avengers away. The fight is cut short though when Wanda suddenly reappears, alive and well!

The Trials of Magneto #3 picks up where last issue left off. Wanda kisses Vision amidst the mutants of Krakoa and the Avengers. When questioned, Wanda doesn’t seem to remember much of her recent past at all. Before they can really get to the bottom of this, three Kaiju attack the island of Krakoa! Northstar takes point and separates the mutants and Avengers into teams to fight off this threat. All three teams are able to overcome these creatures, but they begin to regenerate. There is a new mission then, to hold them off until they can evacuate Krakoa! Meanwhile, Scarlet Witch sees the white cloak of the person who (probably) killed her. It is at this moment that Wanda realizes she is stuck in a world of chaos magic and the person who attacked her was Old Lady Wanda!

Well, The Trial of Magneto #3 manages to introduce three different Wandas. One that is younger and doesn’t recognize her recent history, the one that was murdered, and then Old Lady Wanda. I admit that this revelation didn’t sit well with me. Watching three different Scarlet Witches running around doesn’t engage me. This series started as detective work and trying to find evidence against Magneto. This book feels like a tonal and genre change from what was initially set up. We still have a mystery of what is going on, but we lost that forensic science feel and replaced it with a huge battle with Kaiju. I understand that this comic needs action in it. But we went from feeling the emotions of the old Brotherhood drinking to Wanda’s honor to huge giant monsters attacking the island. I hope that the last two issues in this miniseries will solidify the genre a little bit more.

The Trial of Magneto #3 had a solid concept to start with. It explored the mystery of Wanda’s death and the emotions that surrounded it. This comic turned into an action comic with a fair amount of supernatural, which feels off from what was initially set up. Therefore, I am giving this comic a 3 out of 5 but will still plan to pick up next issue to see what happens.

The Trials of Magneto #3 had a genre shift in the middle of the series that felt jarring and inorganic.