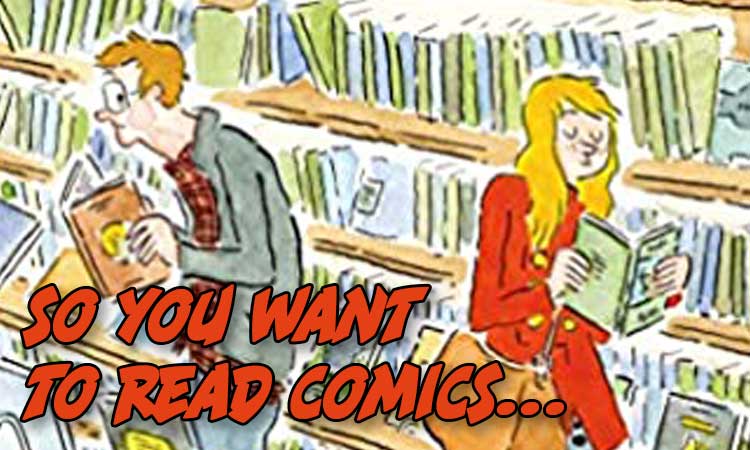 So You Want To Read Comics: Breakup Edition

Get your sad song playlists ready, it’s time for “So You Want To Read Comics”, our weekly feature where we take a look at a single topic and then offer a pair of comic book recommendations, perfect for new readers, based on that topic.  This week, we’re take a look at comics for breakups.

It may seem sad, but sometimes, love fades and relationships end. Sometimes they’re amicable, sometimes they’re pretty ugly.  But typically they’re impactful and leave us raw emotionally and in need of coping.  Some people opt for things to distract them from their feelings, others look for things that emulate their feelings, opting for the burn it all out approach. These splits can be so powerful that they affect our personalities.  A German study showed that some men and women who went through divorce later showed signs of diminished levels of extraversion. So, it only makes sense that people would seek out something to help them cope when dealing with something so impactful.  The cliché choices are typically sad songs, romantic comedy movies, and familiar sitcoms, but what about comics?

Here are two comic series perfect for those dealing with a breakup.

Sometimes, when you’re knee deep in the middle of a breakup it’s hard to see anything besides the breakup, let alone the other people who might be affected by it.  In Getting It Together, we see Lauren and Sam’s relationship turn rocky and that in turn affects their brother/friend Jack react as best he can, which in turn affects the rest of their friend circle as well as a whole community eventually.  Getting It Together reads very much like a primetime comedy/drama aimed at the late 20s, early 30s crowd. It’s well done, but if that isn’t your thing, this isn’t going to change your mind.  But, if you’re looking for a “bird’s eye view” of a crumbling relationship and the shockwaves it can send out, with solid LGBTQ+ representation, this one’s for you.  As a bonus, this is a self-contained 4 issue series so it’s easy to get your hands on and it can be digested in a single sitting.

Regardless of the nature of a breakup, there’s always a point immediately after where you have to relearn what life is like without that other person as a regular presence in it. Much like the main character in Petty Theft, a cartoonist who after a breakup finds himself unable to distract himself in his usual way, so instead becomes fascinated with a person who he catches shoplifting.  Petty Theft is a comedic look at a person’s attempt to find new purpose in his life and as he is forced into one ridiculous situation after another, while fighting with his own awkward daydreams.  Basically, it’s a great encapsulation of that awkward moment of a breakup when the separation isn’t quite real yet.  As a little disclaimer, this is translated from French so there are a couple of strange wordings, but for the most part it’s just fine.

What did you think of these recommendations?  How do you handle a breakup?  Let us know in the comment section below.