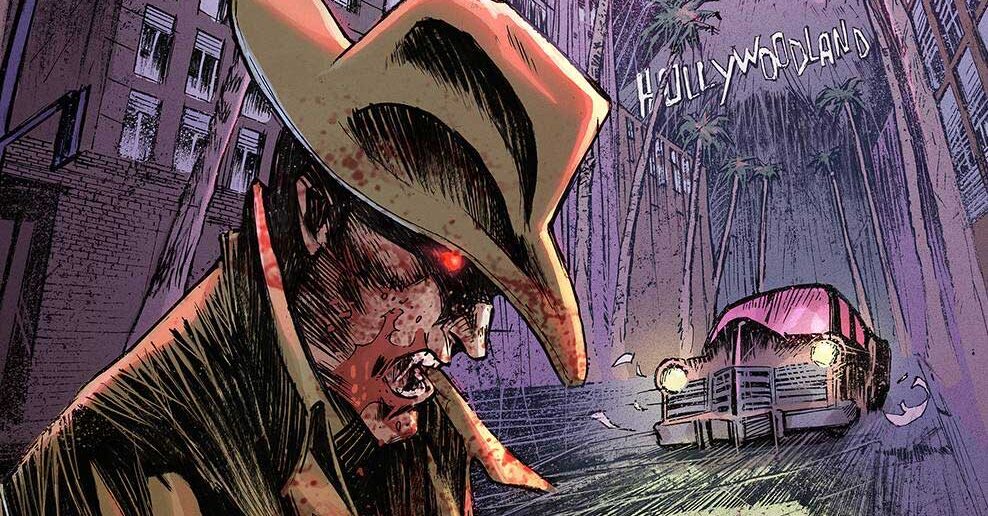 As people flood into 1940s Los Angeles, organized crime takes hold… and there’s something else lurking in the streets in Blood on Sunset from Source Point Press.

Blood on Sunset is written by Mark D’Anna with art by Arjuna Susini.

It’s June 20th, 1947. Former cop Clint Braddock is drinking at a bar on Sunset Boulevard when he gets a call from his ex-girlfriend, Beverly. Bugsy Siegel’s just been murdered, and she found the body. She’s terrified and needs his help. Fast. Braddock arrives to find the aftermath of a violent, sadistic murder. Not your typical mob hit. It almost looks like the work of…Eaters.

Amidst the carnage, Braddock finds evidence that someone may be trying to pin the murder on him. Braddock is part Eater, and he’s spent years keeping his true nature hidden. But it looks like someone knows what he is, and is using it to implicate him in the biggest crime to hit Los Angeles in decades. Now, the seat of power in the criminal underworld is up for grabs, and rumors of a vampire crime syndicate emerging as major players look disturbingly plausible. As Braddock is pulled deeper into the hunt for Siegel’s killer, he’ll find he’s either the ideal ally for the vampire cause, or the perfect weapon to stop it. It all depends on where his loyalties lie. 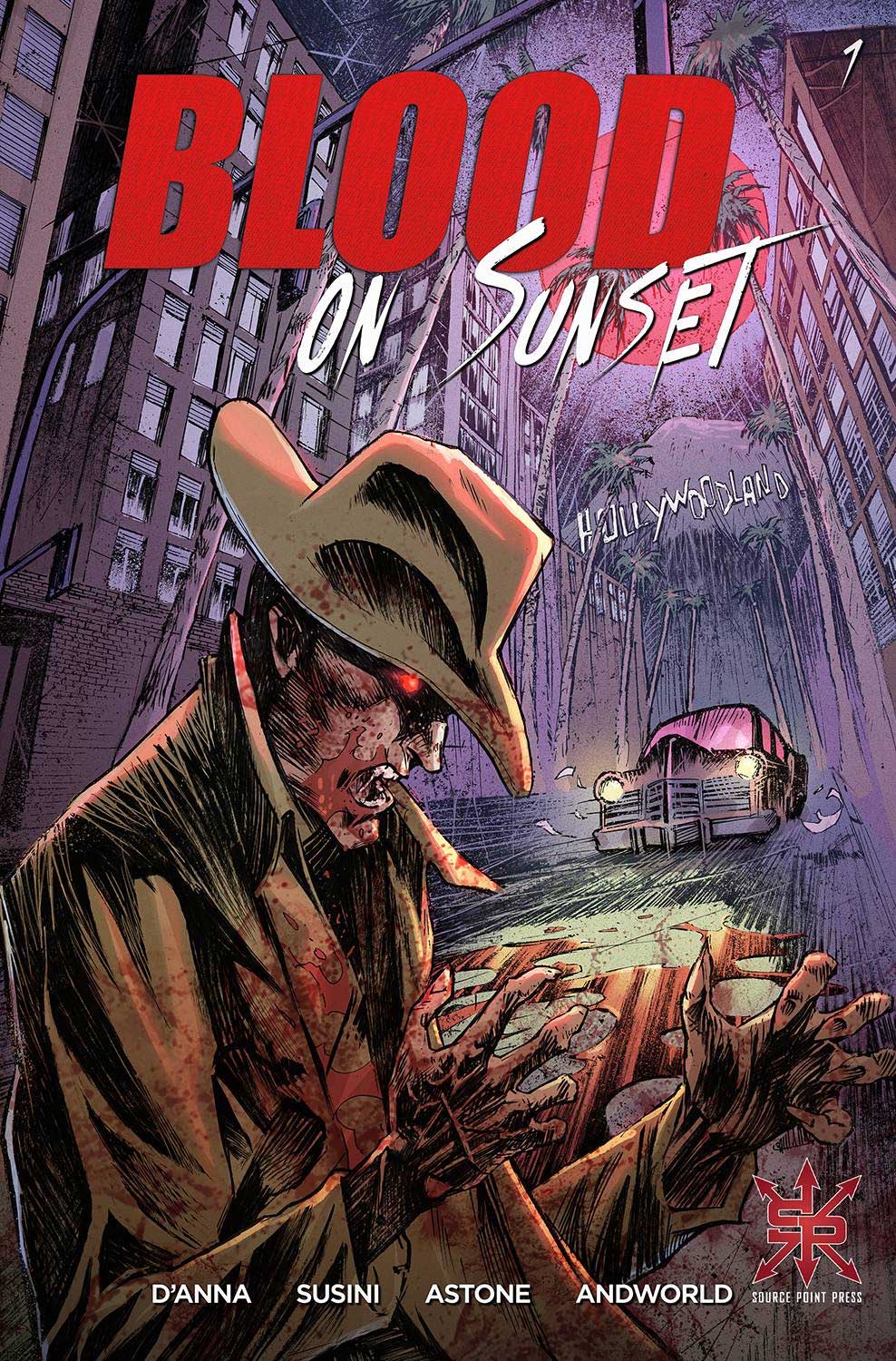 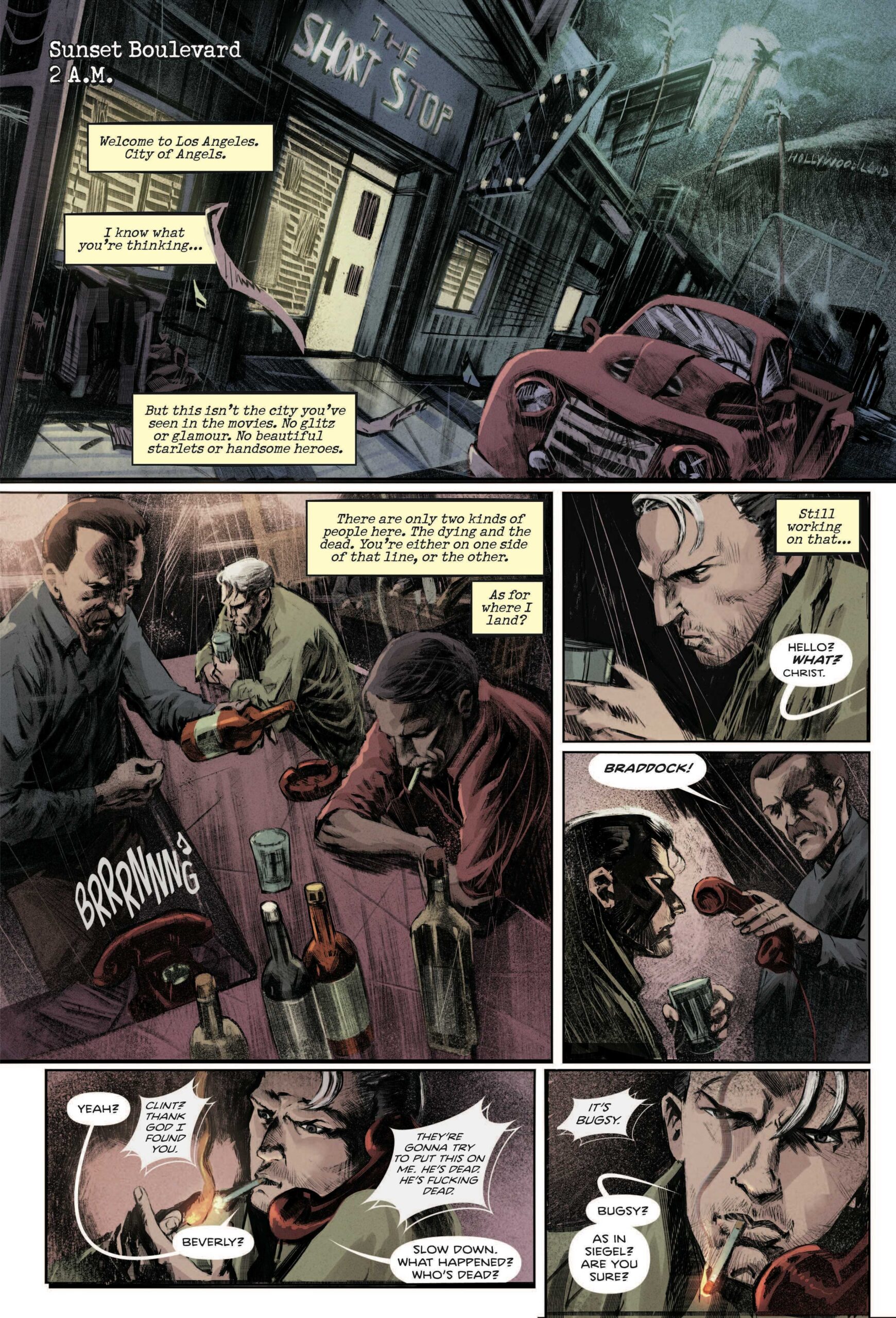 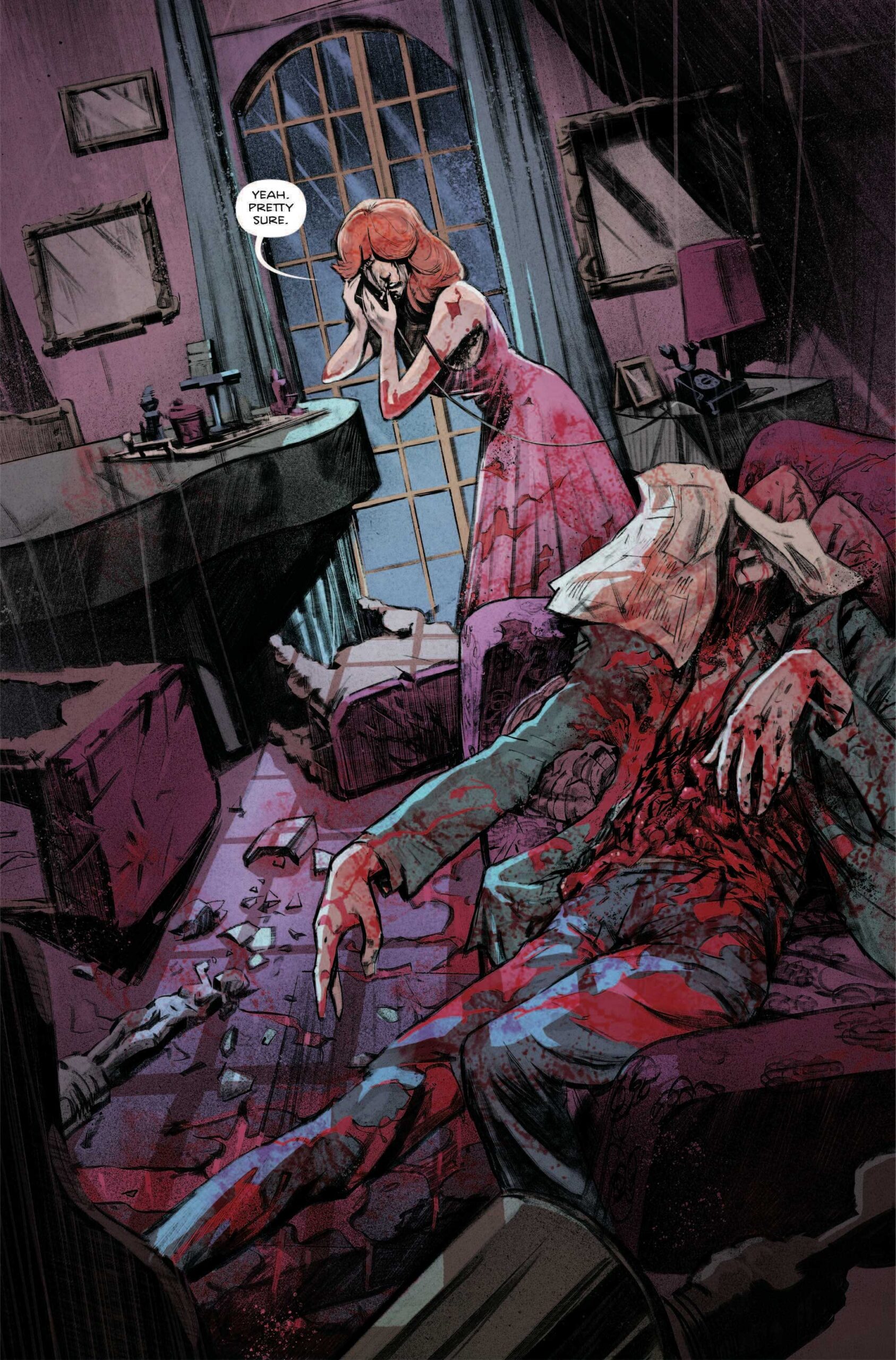 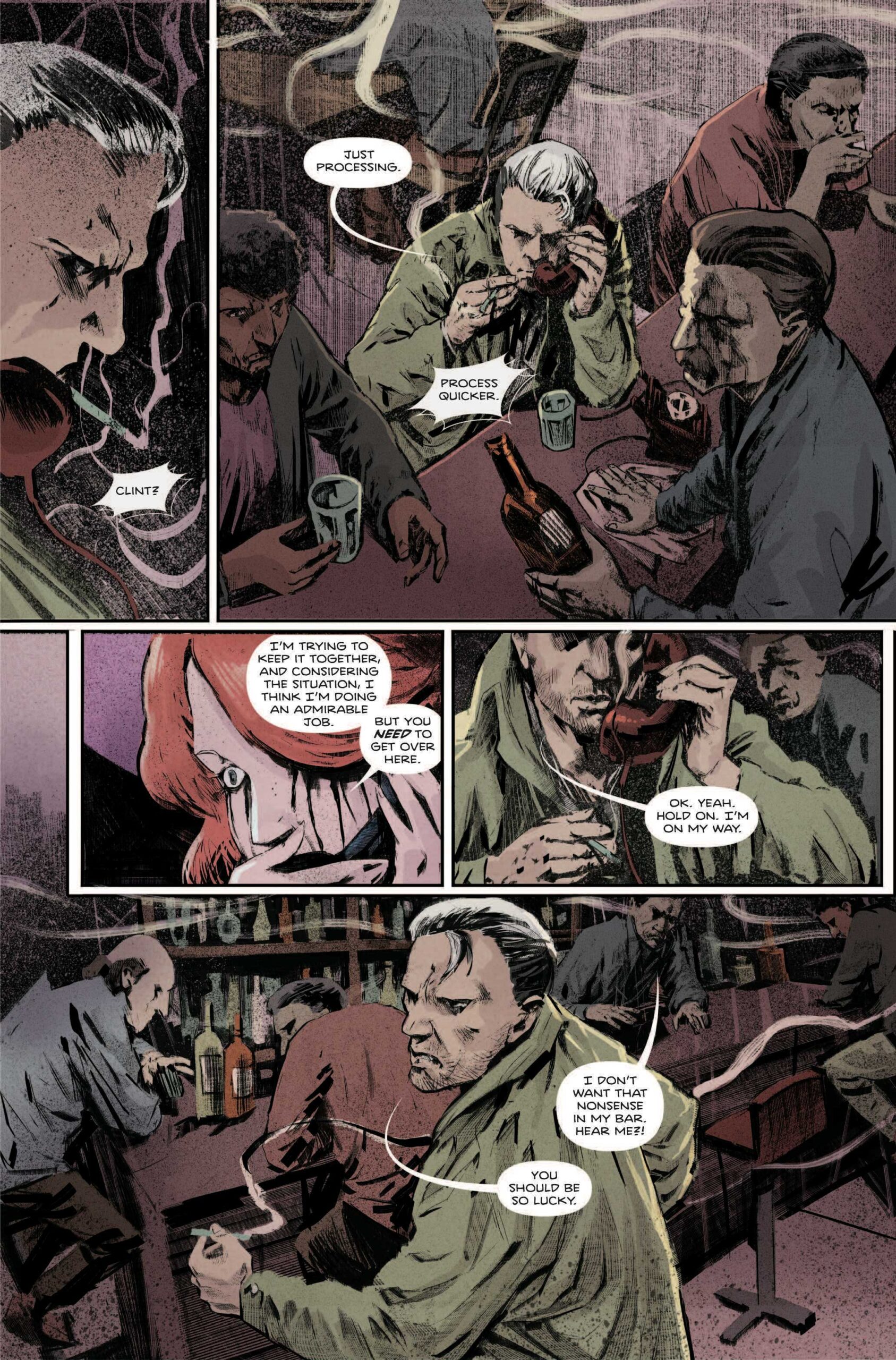 “I grew up in Los Angeles and have always been fascinated with this city’s history, which can be glamorous, beautiful, tragic, and incredibly violent, all at once,” said writer Mark D’Anna in a press release from Source Point Press. “Years ago, I read a book called L.A. Noir by John Buntin, which laid out that darker side of L.A.’s history with organized crime in remarkable detail. I immediately knew I needed to bring that world to life in comics, and put my own horror spin on those classic noir tropes while paying homage to my hometown, and so, Blood on Sunset was born—

We’ve put a ton of research into the book, pulled hundreds of reference photos, and learned everything we could about the major players in the L.A. criminal underworld. Then we built our wild world of vampires, deception, greed, and murder around it. The amount of painstaking detail Arjuna Susini put into every panel still has me in awe. For someone who lives thousands of miles away from Los Angeles, he perfectly captured the soul of the city, and brought our world to life in a way I never imagined possible.”