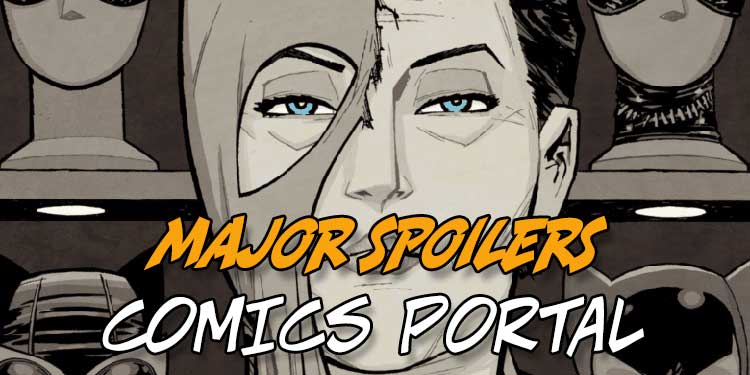 One book really rocked my comics reading world last week, and it was DC’s Black Label Catwoman: Lonely City #1. I wish more comics were this daring!

WHAT MADE THIS BOOK STAND OUT? I really enjoy stories that take chances. You know, the kind that goes places you haven’t gone before as a comics reader.

There were a lot of shocks in Catwoman: Lonely City #1. Here are just a few:

The cool thing is that there’s a mystery going on as well, and that is just what or who “Orpheus” is. Selina’s trying to sort that out, but she’s being manipulated by Mayor Dent. She’s got to break into the Batcave to unlock the secrets vexing her.

I’m really enjoying these unexpected twists! Part of all this may have to do with the writer/artist Clif Chiang, who probably prefers to be called a “storyteller,” if I read my creative talents right! He’s really doing an amazing job of shocking me from page to page!

I truly don’t know what Catwoman will do next! And I LIKE that!

THE ERA OF PLAYING IT SAFE

What really impresses me is that all these twists and turns are happening during what I call “the era of playing it safe.”

Comics today are mostly operating under the “illusion of change”—you know, even if someone dies, they come back in a year or less. Someone else comes in and takes up the mantle of that person, but that’s only temporary, too.

Eventually, the status quo is restored, and all is right with the world again. Boring!

These kinds of stories used to be called “imaginary tales” and such, but it was fun to see just what could happen if circumstances were changed even just a little.

Marvel recently published a “What If?” Spider-Man story in which he wore the alien symbiote costume longer than he had in his regular comics. It shook up things quite a bit, even ending with Peter Parker replacing Reed Richards in the Fantastic Four! Hey, I liked even just thinking about that! I’d buy more stories told in that alternate universe!

There have been some changes that just don’t make any sense to me. That includes killing Alfred and replacing him with Lucius Fox.

What did that accomplish besides putting a person of color in the Batcave? Lucius is basically doing everything Alfred did. I think the movies handled this SO much better!

Personally, I think it would have been better if Lucius had become involved in Batman’s inner circle in a different way, something new and unexplored. Him just pushing buttons on the Batcomputer isn’t all that unique or interesting to me! I think it’s actually kind of demeaning!

I’m also UN-excited about Ka-Zar’s changes in his title. He died, but he’s come back with some changes that are muddled and confusing to me. I mean, I like the character, obviously meant to be Marvel’s version of Conan (until the company bought the rights to the character). And the “rebellious teenager” business is way, wayyyy old. Seen, that, been there, read that a million times by now.

I guess what gets my attention is doing something different. I have long said that I was really intrigued by Catwoman actually marrying Batman. Hey, I haven’t read that before! I can’t say just how disappointed I was when the two of them swung off in different directions instead of tying the knot.

I recognize, though, that many people don’t want that. They want things to happen that they can predict. When something goes on they don’t understand, they don’t like it.

We obviously have different tastes in storytelling!

I like to point back to Clark Kent marrying Lois Lane. A lot of fans were quite unhappy with that, but I was intrigued. I was tired of Lois trying to “trick Clark into a loving, caring relationship,” as someone once described it.

I think their interactions have become a lot more realistic. I particularly liked it when Clark was so busy saving the world that he couldn’t turn in a writing assignment at the Daily Planet. He came home dejected, sure he had lost his job. Instead, Lois had “ghosted” that article for him. I was touched! A real loving relationship, a husband and wife who support each other—who would have thought it possible!

I want more of that! I want to see things I haven’t read before! What about you?

What do you think? Do you like stories that go places you haven’t been before? Or do you prefer tales confined to a more manageable environment? Should comics take more chances in order to attract more attention and hopefully more sales? Whatever your opinion, be sure to share it in the space below!